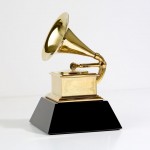 I feel the need to iterate to you some observations for last night’s 2011 Grammy Awards, if only to get them off my chest. This is not entirely going to be a bitch fest. Every year they air the Grammy’s, and every year people are left scratching their heads and feeling hopelessness for music, and so it was to be expected that this year would be no different. If you want to see someone bitch about how so and so got screwed for such and such award, or how weird Lady Gaga is or specific commentary on how pronounced her camel toe is, there’s plenty of that out there in other places. What I’m more interested in is that as we stand on the brink of the music Apocalypse, and very specifically a country music Apocalypse, what information we can glean from the 2011 Grammy’s.

I just feel the need to say how embarrassed I am to be the benevolent dictator of a website that has the words “country music” in the name today. It wasn’t that Martina McBride and Miranda Lambert’s performances were bad. They were just fine, but just like at the Kennedy Center Honors presentation for Merle Haggard, whenever country music has an opportunity to showcase itself to the rest of the world, it is such a disappointment, and an embarrassment, as the country music establishment is more bent on pushing business agendas than the best talent.

It used to be that country music was virtually ignored by the Grammy’s. These were probably better times. Country music had it’s own awards, and the Grammy’s would maybe throw a country act in there for flavor, but it wasn’t really until the advent of “young country” in the late 80’s–Randy Travis and eventually Garth Brooks–that the Grammy’s started taking country seriously. Now, it probably accounts for 1/3 of the show, once again iterating the viability of the theory that music is becoming two super-genres: rap and country, with “pop” straddling the two.

Most of these names are 20-year-old acts or older, and acts getting no radio play with little relevancy in the grand scheme of things. We’re reaching back to 80’s bands and the grunge era to fill out rock nominees? To say rock is dead is an understatement, and I can’t help but see blood on the hands of country music for helping be a part of this, as many country acts should really be filling these slots as they rip off AC/DC, The Black Crowes, other classic rock riffs, and do their best Bob Seger impersonations as true country music gets forced underground. Maybe this is a sign of what happens to genres when they cannot develop new talent.

And speaking of bad Bob Seger impersonations, where was Kid Rock? It seems like I can’t turn on my boob tube without seeing his mug. He’s on all the country award shows. Hell, he hosted the CMT’s,  and here finally is an appropriate venue for him and he’s nowhere to be found.

Same can be said for Taylor Swift. She has the #1 album in the world right now, but she’s not even in the crowd so we can get occasional camera shots of her curiously set-apart eyes and a sparkly dress? The reason? Because what was the talk about at this time last year? Her bombing her performance with Stevie Nicks. She is country’s biggest and brightest star, and we have to treat her like the crazy aunt and hide her in the basement because she can’t sing. Or is this is all marketing because Swift management doesn’t want her getting overexposed, laying her low so she can sweep the awards shows next year.

The problem with presenting country music on a national stage is that there’s little to no talent on the mainstream level. Lady Antebellum, who wronged so many other much more deserving artists from other genres with their wins, is nothing more than a one hit wonder cast in the Taylor Swift mold. They are beneath Taylor Swift, like so many other mainstream country acts at this point. If I was Lady Antebellum, I would be embarrassed by the attention being given, because I would know in my heart it is completely undeserved. It’s one song. One song, and a one very isolated catchy vocal riff in that one song. You take that away, and all they have is a big bag of nothing.

If I was impressed by anything, it was the strength coming from the other super-genre. You can’t make a living in rap, or soul, or R&B without having some talent. I’m not talking about the Ushers and Justin Bieber’s; that’s pop. I’m talking about Eminem and Rihanna, and the new talent they pushed like Esperanza Spalding who won for best new artist. This isn’t my music, certainly not my style or speed, but quality shines through. If the music business is going to be pulled out of its tailspin, it is going to be from that side of the tracks. Country right now is the genre towing American music down.

Overall I was impressed by the sheer quality of everything last night. Maybe this was a product of lowered expectations, or maybe a symptom of watching so many country award shows lately. Comparatively to the CMA’s, the CMT’s, the ACM’s, there seemed to be more attention paid to quality, presentation, and the past at this years Grammy’s. Hell, Charlie Louvin got some face time last night.

One of my favorite performances of the night was The Avett Brothers mashup with Mumford and Sons, and eventually Bob Dylan. This stuff is probably on the very edge of what you might could classify as “country” or “roots,” and though I do think the performances were good, The Avett Brothers are finally getting some attention by getting away from their rootsy lineup and adding drums and electric bass, while Mumford seemed to take The Avett’s place by staying all acoustic and playing a kick drum: the same way The Avett’s cut their teeth. It’s like if roots music wants to be highlighted on a national level, it has to be a reduction. The announcer at one point couldn’t even pronounce The Avett’s name right, once again emphasizing that in the current music landscape, you can be a huge success story, play the Grammy’s, and nobody even knows who you are.

Also the tendency to lump performances into trios I find alarming. Yes, it does create cool pairings and allows more artists to be showcased, but it does so by diminishing the potency one artist, song, or solo performance can have, and just lends to the dwindling attention span of the American consumer. And the transplanted shill crowd of rabid fans right in front of the stage at virtually every nationally-televised music performance is getting old. We all know these people are pronged into acting excited, if not outright paid.

The most alarming incident of the night was the Indie rock performance and “Album of the Year” win for Arcade Fire. As I have stated before, Indie rock is the biggest threat to independent/underground roots music as they move to incorporate roots infrastructure more and more. This win can only embolden this trend. Why is Indie rock getting so much attention? Because Indie rock is safe money. Listen to me, and listen good. Poke and laugh at the hipsters and their funny clothes all you want, but they are coming, in droves, to take away what we have.