The amount of album releases these days can be dizzying. And it can be even more daunting when you have a release day with some super big titles that suck up all the attention when some of the other releases from smaller and more independent artists are just as important or enjoyable. Friday, September 30th is one of those days. So to make sure nothing that might resonate with you slips past your radar, Saving Country Music is officially declaring a country music Holiday, and has compiled this handy guide to help you navigate through the most important releases.

Tyler Childers – Can I Take My Hounds to Heaven 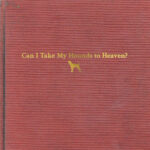 Tyler Childers is going back to his religious upbringing in his latest album, which is actually a collection of three albums in a unique concept where all eight songs are rendered three different ways. The 8X3 = 24 tracks of Can I Take My Hounds to Heaven will be released in three distinct movements: the Hallelujah version, the Jubilee version, and the Joyful Noise version. With the way Tyler’s 2017 album Purgatory continues to be stuck in the Top 20 of country five years after its release and the influence he has in the country genre, this is definitely an important release.

Sonically, what makes Take My Hounds to Heaven special compared to Tyler’s previous works is he’s employing his long-time backing band The Food Stamps to help him render these three separate interpretations of theses songs. With his two recent studio records (not including Long Violent History), producer Sturgill Simpson worked with outside studio players on Tyler’s songs. Tyler Childers co-produces this album himself. 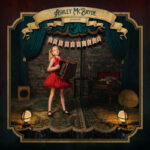 This might turn out to be one of the most unique, interesting, and important albums released by a major country music label in years. Written during a week long songwriting retreat in a cabin outside of Nashville, Ashley McBryde’s name is on the cover, but it’s a highly collaborative effort of songwriters coming together to bring to life an entire town of characters. Helping McBryde along the way are Aaron Raitiere, Brandy Clark, Caylee Hammack, Connie Harrington, Benjy Davis, Pillbox Patti (Nicolette Hayford), and Brothers Osborne, with John Osborn producing the effort. The town is named after songwriter Dennis Linde.

“A few years ago, Aaron Raitiere, Nicolette Hayford and I were on a write,” McBryde explains. “We wrote this song called ‘Blackout Betty,’ and I realized we had written previous songs called ‘Shut Up Sheila’ on Never Will and ‘Livin’ Next to Leroy’ on Girl Going Nowhere. Aaron had a song called ‘Jesus, Jenny,’ and I thought, ‘We should keep these characters together and give them a place to live!’” 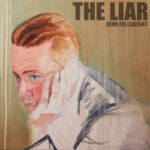 John Fullbright was the well-beloved songwriting wunderkind nominated for a Grammy who we all thought was the bright future of Americana, who then turned elusive performer only a few knew exactly what happened to. But now the early member of the Turnpike Troubadours is back after an eight year hiatus. 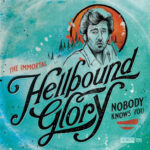 Before the collective country music population was losing their minds over independent country revolutionaries such as Sturgill Simpson, Tyler Childers, and Zach Bryan, it was Leroy Virgil of Hellbound Glory that was reading the mainstream their rights, and releasing one insanely good country song after another out of Reno, Nevada.

2008’s Scumbag Country and 2010’s Old Highs and New Lows still hold up as underground country standards, and if you want something with a bit more rock edge, check out the Shooter Jennings-produced Pinball from 2017 that launched the viral hit “Hellbound Blues,” or 2020’s Pure Scum. Now Shooter Jennings and Leroy Virgil are back for the new album. (read more) 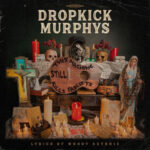 The Dropkick Murphys may be best known for their loud and aggressive Celtic punk music, but for their next album, they’re taking an entirely different approach, and one that has numerous ties to the independent country realm. The album features 10 songs that were specifically curated by Woody Guthrie’s daughter, Nora Guthrie. Evan Felker of the Turnpike Troubadours and Nikki Lane also contribute vocals on the album, and Dom Flemons makes numerous instrumental appearances.

“Woody Guthrie, he’s the original punk. He went against the grain, he fought the good fight, he spoke up and sang about his beliefs. I’m motivated by reading what he wrote and am inspired by his courage. One man and a guitar—it’s powerful stuff,” says Ken Casey. (read more)

David Adam Byrnes – Keep Up with a Cowgirl 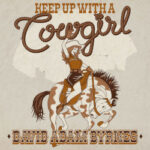 When you go to list off some of the greatest new country music traditionalists, make sure you don’t forget David Adam Byrnes, who proved his worth with his last album Neon Town, and by minting seven straight #1 songs on Texas country radio in the run up to his newest effort, Keep Up with a Cowgirl. It’s to be released by Reviver Entertainment Group, and Byrnes co-produced the effort with Bart Busch.

Originally from Arkansas, Byrnes left home in 2008 to make it big in Nashville, TN where he landed a job writing songs and recording for the publishing outfit Better Angels beside guys like Josh Thompson and Ward Davis. But right after things were beginning to take off, his publishing deal fell through. Then in 2013 after catching wind of what was happening in Texas and how he wouldn’t be forced to write Bro-Country to stay alive, Byrnes started pointing his nose in that direction, writing and performing more traditionally-oriented stuff, and eventually moving to Fort Worth in 2018. 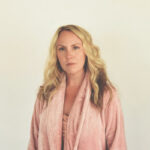 Mary Bragg has been impressing many with her songwriting for years. But always watch out when an artist releases a self-titled album in the middle of their career, because it’s often a defining stamp upon their artistry and expressions. For Mary Bragg, it comes after a tumultuous time where her 10-year marriage ended in divorce, and other changes lent to a complete redfining of life.

“A lot of beauty and a lot of pain. A lot of discovery and a lot of loss. I’m the kind of writer who’s always writing, for better or worse,” Bragg explains, “So naturally a lot of the songs on this album are an extension of the grief that I was experiencing. But at the same time, they’re much bigger than that. These songs are about all the different ways people love each other, and just how complicated that can be.” 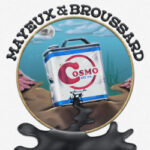 This country/blues/Americana band from Austin has always flown under-the-radar, while being an integral part of the Austin, TX music scene. Along with guitarist and singer Tate Mayeux who wrote eight of the eleven tracks, and lead guitarist Brian Broussard, the new album also features drummer Taylor Englert, who you may also know as the newest member of Mike and the Moonpies, as well as James Moritz on bass.

Cosmo Oil Co. also features a cover of the Corb Lund song “Roughest Neck Around.” Formed in 2011, this is the country rock band’s first full-length release since 2015. Mayeux and Broussard are also frequent collaborators with others in the central Texas music scene including Katheryn Legendre, and Garrett T. Capps.

The Young Fables – Pages
Matthew Check – Without a Throne
Gregg Allman – All My Friends: Celebrating the Songs & Voice of Gregg Allman
David Beck – Bloom and Fade
Rachel McIntyre Smith – Glory Daze EP
Ben Burgess – Tears The Size of Texas
Hayes Carll – You Get It All (Deluxe Edition)
Have Gun, Will Travel – Silver Sounds EP
Zach Williams – A Hundred Highways
The Cactus Blossoms – If Not For You (Bob Dylan Vol. 1) EP