Oh Screw Me. Sugarland Is Back.

Trigger Down with Pop Country 83 Comments 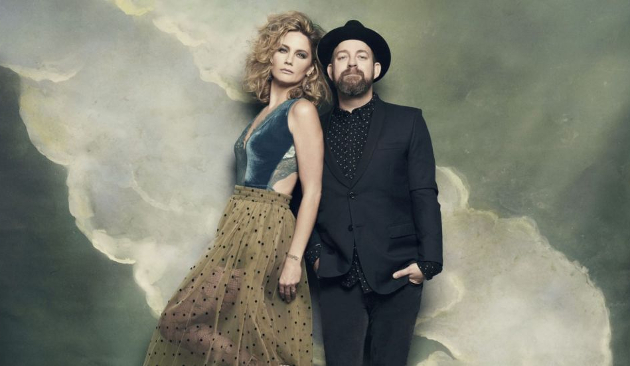 For six glorious years, God Almighty graced us poor little creatures moving about the face of the earth looking for shelter and sustenance by abstaining from raining any new Sugarland material down upon us as the band stayed on indefinite hiatus, with the real possibility of staying mothballed until eternity. A stage collapse with fatalities, and their ridiculous “steampunk” album Incredible Machine had put a decent-sized kink in their ability to continue on as a commercial enterprise.

But just like all great things must come to an end, so has the Sugarland intermission. Let’s not be too dramatic here, there are much worse things. Remember when Sugarland was a troika, and actually played country music before kicking out the 3rd member Kristen Hall because she didn’t fit the, ahem, pop country profile? Since packing Sugarland up in a Rubbermaid and stowing it in the attic in 2011, we’ve seen the emergence of country rap in the mainstream, followed by Bro-Country, Florida Georgia Line, numerous Entertainer of the Year trophies for Luke Bryan, and now Sam Hunt and Walker Hayes.

But still, the re-emergence of Sugarland kind of blows. Now they’ll be challenging Brothers Osborne for Duo of the Year, and their dumb singles will somehow make it onto your favorite Pandora station.

Of course we haven’t been completely devoid of the Sugarland personalities since the shuttering of the home office. Jennifer Nettles has still been out there oversinging on the top of notes, and Kristian Bush released an album as well. Truth be told, their solo material was not nearly as diabolic as the duo together, though aside from maybe a couple of songs it was nothing worth seeking out mind you. But just like that bad couple who make great friends separately, but together bicker so much they ruin your otherwise kick ass pool party, I just fail to find the magic of a unified Sugarland. And that sucks, because kick ass pool parties are really really cool. You get the grill going, the kids keep themselves entertained in the water, Aunt Shirley brings over that potato salad that everyone loves, maybe you get the corn hole or washers setup out and pitch a few. And then Sugarland’s “Stuck Like Glue” comes on the Bluetooth speaker and everything goes to shit. Seriously Pandora, if we wanted to hear pop country, we’d put on a pop country station.

The story of Sugarland very much mirrors that of another adult contemporary outfit masquerading as country—Lady Antebellum. During their much-appreciated hiatus, Hillary Scott actually put out a decent Gospel album with her family. Charles Kelley’s solo effort had its moments, however fleeting. And Dave Haywood did whatever he does in his free time, I imagine putting on puppet shows in elementary school libraries for 2nd graders or something.

But of course just like Lady Antebellum, Sugarland gets back together again, and it’s the same pop country pablum. I was waiting to voice my displeasure with this reunification until I actually heard some of the new material, because hey, you never know. It’s not even about Kristian Bush and Jennifer Nettles not being talented. It’s about the results being incredibly sub par, and that’s what you get with their newest single, “Still The Same.” And yes, let’s take a moment to bask in the irony of the title.

The fake drums at the beginning of “Still The Same” start you off on a bad foot, and I’m sorry, but Nettles needs to find the much more natural pitch of her early career. The song is just drenched in sameness. “Still The Same” also attempts to rekindle old memories of Sugarland’s past, but while some folks may remember a few of their early songs like “Baby Girl,” others will reminisce on the terrible “Stuck Like Glue,” and the 44 separate lawsuits stemming from the stage collapse. Though I will stick up for Sugarland on this point: ain’t their fault they happened to be on stage at the Indiana State Fair when a storm blew through. They’re pop country lackeys, not stage production managers or safety coordinators.

Anyway, Sugarland’s back, and it’s still Sugarland. Why couldn’t we ring in the new year with a reunification of a band people actually want to hear, like .357 String Band, or the original lineup of the Steeldrivers for a one-off live album, or perhaps the Oasis brothers could put their bullshit aside. But no, it’s Sugarland resolving whatever differences, and once again releasing the scented candle music of country.