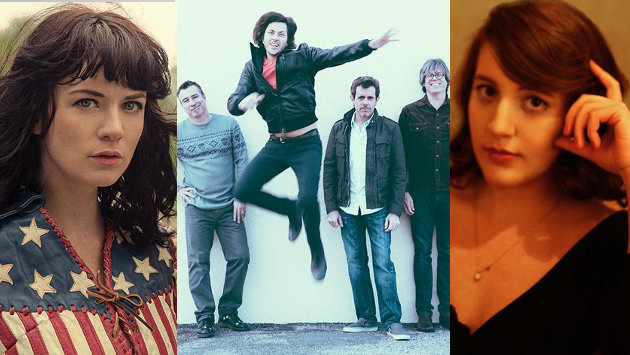 As music critic, industry guru, and screed writer Bob Lefsetz loves to point out, the days of appearances on late night television resulting in the massive launch of a musician’s career or even a significant sales bump are over. Unless it is Saturday Night Live or CBS’s Sunday Morning—and even then you really have to clobber it out of the park—television just isn’t the vehicle for music sales it once was.

But what television still offers is validation to an artist, and a boost in name recognition with a national audience that most independent artists otherwise do not have the opportunity to enjoy. As independent music continues to find an increasing share of the market, television is continuing to take notice and dole out opportunities to deserving bands.

Alt-country perennials The Old 97’s have been making the late night rounds to promote the release of their latest record Graveyard Whistling, and have been sharing that opportunity with some worthy east Nashville artists. Nikki Lane made the trip with Rhett Miller and the boys to the set of Late Night with Seth Myers on February 20th to sing on “Good With God” (see below). Nikki Lane has her own new record out called Highway Queen.

Now on Tuesday evening, The Old 97’s will be enjoying the company of Caitlin Rose on stage when they make an appearance on Conan O’Brien. Caitlin Rose does not have a new album out, but she darn well should, and deserves whatever time basking in the spotlight she can get. Hurray for the Riff Raff was also just on Conan Monday (3-13) night.

Two guns up to the Old 97’s for sharing their TV face time with deserving artists.