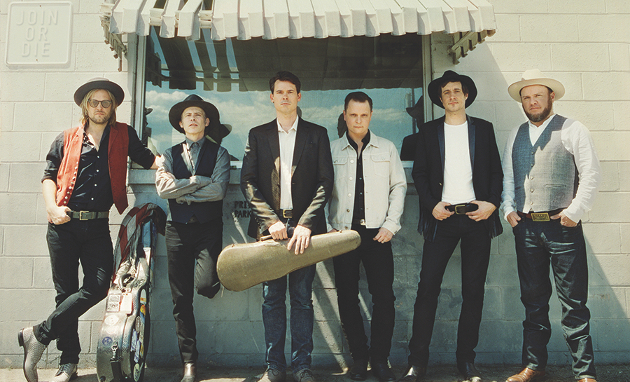 Old Crow Medicine Show is celebrating their 20th year in 2018, and will be releasing their latest album Volunteer via Columbia Records Nashville on April 20th. Produced by Dave Cobb and recorded at historic Studio ‘A’, the album is said to have a more electric sound compared to the some of the band’s previous efforts. The last time Telecaster was featured in one of the band’s songs, it was producer and mentor David Rawlings playing on the song “Wagon Wheel.”

This may also translate into their live show when the Grand Ole Opry members go on an extensive tour starting this April and going well into late summer in support of the new record. The tour will include 30 cities, including marquee performances at the Bonnaroo Festival in Tennessee, two dates on Willie Nelson’s Outlaw Festival, the Green River Festival in Greenfield, Mass., and a show at Colorado’s famous Red Rocks Amphitheater in mid August.

Ahead of the April 20th release of Volunteer, Old Crow Medicine Show has made a few tracks available, including most recently the song “Whirlwind” (listen below).