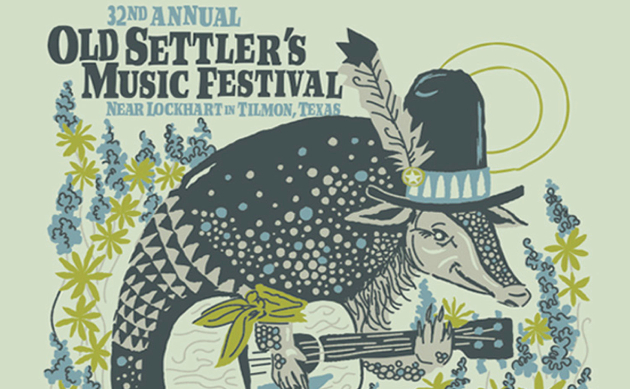 The 32nd Annual Old Settler’s Music Festival is set to transpire April 11th thru 14th in Central Texas once again, and they just released their initial lineup, capped by a special acoustic set by Jason Isbell and the 400 Unit, as well as a performance by Brandi Carlile. Along with top flight bluegrass performers like Del McCoury Band and The Steedrivers, and Americana greats like Hayes Carll and John Moreland, there will be plenty of up-and-coming acts to discover as well. 21 acts have been announced so far, with more on the way.

Taking place just outside of Lockhart, TX and within easy driving distance of Austin and San Antonio, it will be the festival’s 2nd year on their new permanent site, with plenty of room for camping, palatial concert grounds with plenty of room to frolic in front of the two main stages, and music into the wee hours on the night in intimate campground settings. Consider it the antithesis of South by Southwest.

Though centering around bluegrass, roots, and old school country, Old Settler’s Fest is not afraid to spread its wings a little bit, and that is reflected in the 2019 lineup. Old Settler’s Fest also has plenty of activities for kids, arts and crafts, musical instruction, and a youth competition for up-and-coming musicians that is watched nationwide for the talent it’s birthed over the years, including Grammy winner Sarah Jarosz.

Old Settler’s Fest is not-for-profit, and also has a robust volunteer program for those who want to participate. For more information and to purchase tickets, visit oldsettlersmusicfest.org . 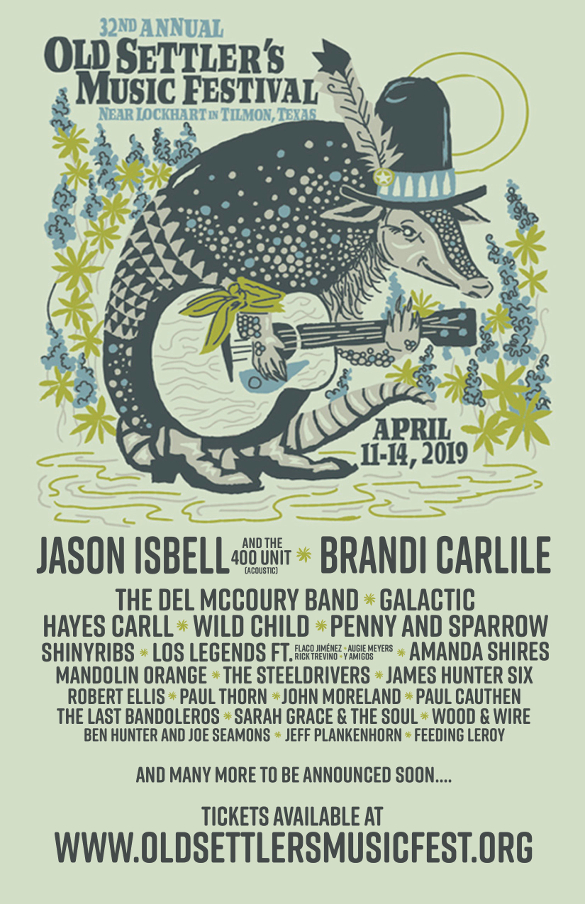