On Chris Janson Being Invited to Join the Grand Ole Opry 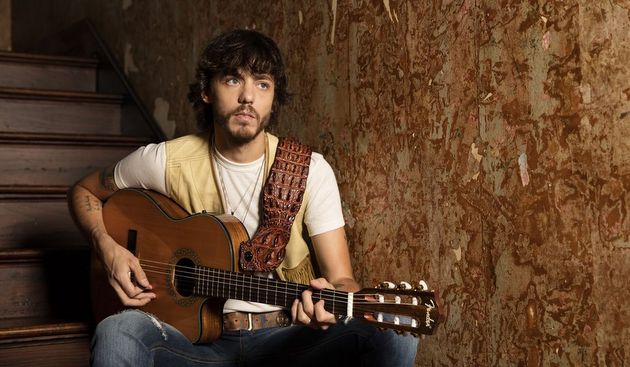 Of course there are bigger names. Of course there are better names. Of course traditionalists won’t be happy, and neither will the respective fan bases of certain artist who will feel passed over once again. Obviously Chris Janson will be a polarizing pick, because he’s a polarizing artist. In one moment he’s writing “Truck Yeah” and singing “Fix A Drink,” and in another he’s singing songs of much greater depth like “Holdin’ Her” and “Drunk Girl.” I don’t know if it’s fair to call Janson an enigma, because that would probably assign a bit more gravitas to him than he might posses. But he’s certainly a slippery one, and prone to cause mood swings in his audience depending on what song he’s signing at a given time.

But what Chris Janson has proven beyond a shadow of a doubt over the last few years—and the reason he makes a fine pick for the next inductee to the Grand Ole Opry—is a deep commitment to the Opry as the historic and important institution to country music that it is, as well as a reverence for the Opry stage by regularly taking time in his performance slots to sing classic country songs, which the Opry stage is meant for.

Is this an ideal pick? Of course not. Do fans of artists as far ranging as Miranda Lambert to Gene Watson have a reason to feel slighted once again? You betcha. But the biggest complaint about many recent Opry picks such as Darius Rucker, Little Big Town, Rascal Flatts, and other more contemporary stars is that they just don’t care enough about the honor and opportunity to fulfill their performance obligations to the institution. Meanwhile you have non-Opry members, like Chris Janson, playing the Opry stage on a regular basis for little pay because they respect the institution, and revel in the opportunity.

In 2015, Chris Janson led all non-Opry members in performances with a total of 26. In 2016, Janson was tied for 3rd for most non-member Opry performances with 17. In 2017, he once again came in 3rd with 21 performances (source: Fafare’s Opry Blog). Compare these performing commitments with many other official Opry members, and Janson laps them, including Keith Urban, who did the honor of inviting Janson on Monday (2-5) night. Urban only appeared on the Opry four times in 2017. The Opry sets the mark at 10 performances per years for members to honor their commitments.

Under the leadership of new Grand Ole Opry General Manager Sally Williams, the show has shown a renewed commitment to the roots of country, and the stars who show reverence toward it by giving membership invitations to Crystal Gayle, and Dailey & Vincent. At the same time, the Opry needs to stay fresh and relevant if it is to survive the current era in music where mega tours—not radio shows—are how country stars get by in the world. Chris Janson is a pragmatic pick that can appeal to younger audiences, yet still honor the importance of the Opry stage as a mostly traditional country forum.

But most importantly, Chis Janson has proven that he cares, because you don’t play the Opry for the money. And as soon as the Opry membership is refreshed with names of artists who show passion for the Opry, then perhaps a renewed passion for the Opry itself will also appear in fans and other artists.