On Neal McCoy’s “Take a Knee My Ass” 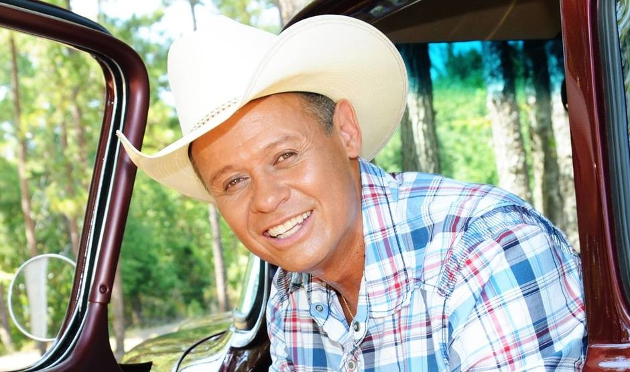 Well at least there’s now a minority that your racist uncle can get behind.

Neal McCoy—the half-Filipino mid 90’s country star who amassed eight Top 5 songs, two platinum albums, and dozens of other accolades during his heyday, including the excellent song “Wink”—has just relegated his entire career and all accomplishments heretofore to an internet meme in the minds of many Americans. And for what, so he can somehow pat himself on the back for “doing something” about this rabid injustice in our society of millionaires bowing instead of standing during the prelude to a fucking football game?

“Take a Knee My Ass” takes the worst of the slavish and objectionably-sentimental elements of Lee Greenwood’s “God Bless The U.S.A.,” and the idiotic, reactionary, intellectual indolence of Toby Keith’s “Courtesy of the Red, White, and Blue,” and somehow figures out how to do them one worse while aggressively avoiding the use of what turns out to be an extremely essential comma. Even Lee Greenwood is asking at the moment, “Where exactly do you want me to put my knee, Neal?”

The thing is, this song itself is forgettable. Songs like this get recorded all the time without reaching the Zeitgeist. And for the first few days after it was released, very few people beyond a niche conservative crowd of older country listeners was even paying attention. The problem is, just like so many things in society these days, “Take A Knee My Ass” has become a proxy for the culture war, with both sides showing just how incredibly blinded by the madness of political vitriol they have become to where some stupid, dumbass song about an even more stupid and senseless issue has become one of the most important things in the entire world, and worth preempting actual news and important issues to either be incited over, or rally behind.

This song is not blowing up because it’s any good. It’s blowing up because some are obsequiously supporting it because of its message, while others are hate listening to it to make fun of its vapid, lack of self-awareness. It’s just another dumbass thing to divide us down cultural and political lines, and just in time for Thanksgiving.

Neal McCoy is a quality country artist with some great music. But you have to appreciate that nobody knows who the hell he is beyond the mid 90’s country music mindset. And to Millennial intellectual Twitter nitwits who responded to this song en masse as an example of the idiotic nature of both ultra-Patriotism and country music by proxy, Neal McCoy is the new spokesperson for the “alt-right.” This song not only makes a mockery of the more involved issue of why professional athletes should or soudln’t stand during the Pledge of Allegiance, it once again paints country music and its fans as stove-headed fuckwits to folks who only know the music from the outside looking in.

And don’t think that I’m somehow siding with the knee takers in the NFL. Granted, as someone who benefits from the privileges of the First Amendment every day, I have a solemn duty to defend everyone’s right to free expression regardless of the context. But this idea that the NFL is somehow this racist institution that expelled Colin Kaepernick due to his race-based rabbel-rousing is ridiculous.

The reason Kaepernick isn’t still eating turf while he holds the ball in the pocket for way too long is because he’s less skilled at working through his receiver progressions that most college Division 1 starters. I don’t give a shit that he started in a Super Bowl, Colin got a big Beats by Dre endorsement, cashed the check, and completely lost his give-a-shits after leaning on a stout defense and superstar running back for a season. Colin Kaepernick has got a big bag of nothing as a quarterback. You think football owners of all people care about the color of a player’s skin? Have you seen your average NFL roster? NFL owners give a shit about one thing: money. And if they thought Kaepernick could win them one game more, they’d cut Captain America so Kaepernick could squeeze them out a wild card berth.

And this idea that somehow players taking a knee is a disrespect to the troops is incredibly conflating of two completely separate issues, no different than people believing Michael Brown was shot in the back while screaming “hands up, don’t shoot!” in Ferguson, Missouri despite insurmountable evidence to the contrary. Is their racial injustice in America? You’re damn right there is, and issues like this stupid NFL controversy and Neal McCoy’s ridiculous song shine an unflattering spotlight on it by bringing the racists out of the woodwork. But the only way to lock up police officers for crimes they didn’t commit would be to suspend the same habeas corpus that is one of the few things left protecting black males from the inherent racism in American society.

The left is protesting the NFL because it’s racist. The right is protesting the NFL because it’s unpatriotic. Everybody hates everything, and is constantly trying to undermine what the other half of Americans are doing, and meanwhile the Ruskies are shoveling money to social media to fan the flames so America gets so bogged down in fighting over the most complete and utter bullshit like what the fuck football players are doing, we can’t even agree on how to fix the potholes, damning American society to inaction and gridlock while the rest of the world runs circles around our asses and takes advantage of the power vacuum.

Fuck it all. I’m embarrassed I even have to address this issue and Neal McCoy’s stupid song, but I can’t even bury Mel Tillis without people up asking, “Hey Trig, what about Neal McCoy?”

The truth is Neal McCoy is a really good country artist who released some memorable songs back in the 90’s, and whose been jobbed by the country music establishment in lieu of younger and less-talented performers. And like virtually everyone else, Neal McCoy has been swept up in political fanaticism, resulting in the release of a stupid song. For me, it’s forgivable, and forgettable. But for some, henceforth Neal McCoy will forever be the cad who released “that stupid knee song.”

Trust me folks, it’s not a matter of if, but when country music is roiled with the same political storm the NFL and other cultural institutions are currently facing, with the left ostracizing it for its inherent racism, and the right for not standing up for its values. Music should remain a place apart from the polarization America is facing—polarization that is a much bigger existential threat than any one political subject—especially one as stupid as what happens at a football game. Football used to be an healthy outlet for our aggression and competitiveness—friendly competition and sportsmanship that brought us together. Now it’s just another thing to add to our divisiveness.

It’s not the music or even the words. It’s not respecting music’s ability to unite people despite their differences that is the gravest error of Neal McCoy’s “Take A Knee My Ass.”