On This Surprise Zac Brown Solo Album, “The Controversy” 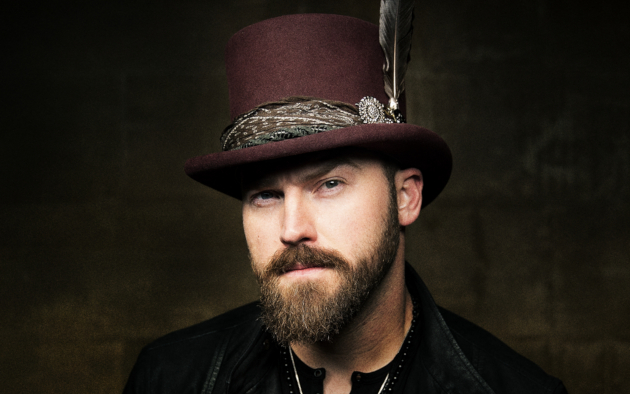 Well hello, and welcome to the review of Zac Brown’s new solo album, The Controversy. I know some of you have been waiting for me to square up in front of this thing and reef it straight in the nuts, saying things like how listening to it is similar to getting raped in the ears by an ogre with an impossibly large and serrated appendage, followed by other delicious bon mots for you to slap your knee to while the members of the Women Christians Volleyball League of Middle Tennessee are sent clutching their pearls from such scandalous illustrations. Well sorry to inform you, but I expended most all of my ammunition on the new Zac Brown Band album The Owl a couple of weeks ago, and frankly, am fuming mad I ever have to address this stupid record.

The worst part about Zac Brown’s The Controversy is that it was released on September 27th—one of these “Super Release Days” that we’ve been getting more and more of recently, where there are quite literally a dozen marquee albums being released simultaneously, and ones that are much more worthy of people’s attention than this. But instead focusing on these inspiring and quality works of actual country music, all anyone wants to talk about was how shitty this record is. “But Trig, then why are you talking about it now?!?” Because, even on my review for the incredible new album by Billy Strings—a performer poised to have an important impact on country and bluegrass music—the majority of the initial comments were about Zac Brown. This album must be addressed it to get it the hell out of the way and clear the decks for more important things.

For many, if Zac Brown Band’s The Owl wasn’t the final nail in the coffin for what used to be a high-flying popular country music franchise, then The Controversy most certainly is. But frankly, in my opinion, The Controversy is the superior product. That’s right. Why? Because it’s actually Zac Brown being himself, and doing what he wants to do. Look, Zac Brown has changed. He doesn’t give a shit anymore about the expectations people have for The Zac Brown Band. He could care less about the loyalty fans have shown to that franchise through both the good and bad times, including defending the band for releasing EDM songs like “Beautiful Drug” previously.

With The Owl, Zac Brown was still being disingenuous about his motivations by trying to fit his newfound passion for hip-hop and EDM into what many still consider a country project, and one still out there trying actively to court country radio and receive industry awards. This is where Zac Brown crosses the line to become a Cancer that doesn’t just affect the standing of the Zac Brown Band with their current fans, but country music at large. 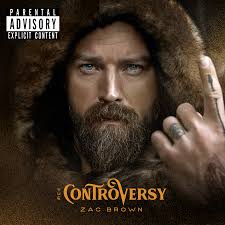 Zac Brown doesn’t want to be Zac Brown anymore. He wants to screw off in the studio with a bunch of big-named EDM and hip-hop personalities and producers, and later go out to the cocaine club and get blowies from coeds. And if he wants to compartmentalize that in a side project—whether that’s The Controversy, or his previous side gig called Sir Rosevelt (I know it’s getting confusing keeping up with it all), then good for him. There’s nothing wrong with EDM or hip-hop as musical art forms on the surface, or even with artists exploring other passions. The issue is calling that stuff country, or using the infrastructure of the country music to broadcast it to the masses in lieu of actual country music.

With The Owl, you’re fair to judge it as an EDM record being offered as country. But when it comes to The Controversy, I don’t think that’s really fair at all. This is not to forgive Zac Brown for some of the trespasses of this record. The offensively-shallow perspective shared in the song “Time” about the trappings of commitment to a sexual partner is pretty gaggy, but is par for the course for this kind of thumpy club music, and usually finds just as much favor with the girls as it does the boys, if not more.

But is the music, and some of the later writing of The Controversy really that bad? Unfortunately, I’m not tooled to judge the quality or efficacy of EDM/pop/hip-hop hybrid records. But what I can tell you is the song “Always and Never” that concludes this record is way better than anything The Owl has to offer, and probably rivals some of the best songs Zac Brown has ever done. Hell, it even has a little steel guitar in it. “Dream Sellin'” is nothing that fits my particular style whatsoever, but dissecting the writing, Zac Brown is really hitting at something here that touches on the fear of commitment.

But what everybody is up in arms over is the song “Swayze.” When people scream how bad this record is, they’re actually talking about this song. They never made it to “Always and Never.” If you’re all cheesed off about the rank misogyny in this track, the jokes on you. You’re the foil. “Swayze” is so stupid, you can’t even take it seriously, while a sinking suspicion tells me Zac Brown is straight up trolling here, using the song to stir “controversy” in this CD to gin up interest, which he has done spectacularly. You’re playing right into Zac Brown’s marketing scheme. It’s like Shooter Jennings’ “Fuck You I’m Famous” from a few years back, or Florida Georgia Line’s “Sun Daze” … Oh wait, that track was actually supposed to be taken seriously, but you get my point.

“Swayze” is par for the course when it comes to today’s hip-hip. People love to rag on country for how it treats women, but in rap, “Swayze” is just another Wednesday. And if a black dude in a cowboy hat had released this song to country, we’d all be getting called racist Nazi’s for second guessing its place in the genre, and become victims of cancel culture. Lil Nas X’s “Old Town Road” is just as indolent, and darn near as objectifying. Don’t take this as apologizing for “Swayze” though. Serious or sarcastic, it’s pure shit, and is fair to rebuke as sexist. But folks should open their eyes to what’s really going on here.

Is all this to say that Zac Brown’s solo album The Controversy is actually a lot more quality than the critical consensus behind it has concluded, or to even assert that it’s some sort of quiet genius of a record? Oh God no. This is still pretty terrible, whether it’s a side project, or whether it falls into the jurisdiction of country. But honestly, I’ve heard way worse from Zac Brown, and others. And my guess is in that pop EDM world where it’s meant to reside, The Controversy is patently average. It’s still a disappointment coming from Zac Brown, but at least it’s a side project. And wouldn’t it be refreshing if more country artists relegated their hip-hop/EDM larks to the periphery as opposed to dragging their fan bases and country music proper through the weeds with them on their forays into electronic fancies?

The best thing to do with Zac Brown’s The Controversy is to forget it, focus on better music in country and elsewhere, and don’t play into his scheme by feeding the “controversy” he instilled in this record to get you to pay attention.