Once And For All, Does Taylor Swift Use Auto-Tune? 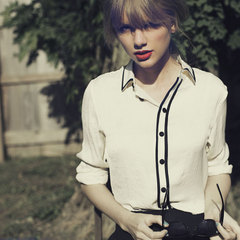 Over the years, I don’t think I’ve ever seen a topic more beset with assumption, conjecture, and sometimes, idiocracy. Whether Taylor Swift uses Auto-Tune in either the live or recorded formats is not an opinion. Either she does, or she doesn’t, and the evidence we have to make those conclusions in many cases is obvious.

And some folks so willing to disbelieve all evidence even go as far as to say she purposely includes mistakes in her live routines to throw our Auto-Tune noses off the scent, or say that maybe she uses an alternative pitch correction program that allows her to officially say she doesn’t use Auto-Tune, when she still relies on pitch correcting software. But that’s the great thing about conspiracy theories. You don’t have to prove anything, you just have to create doubt.

The first thing you need to understand is that Taylor Swift has denied for years using any pitch correcting aids. These days, the battle to keep the use of Auto-Tune as a stigma in American music has been completely lost. If you are listening to an album meant for mass consumption, it very likely includes pitch correction. At the same time it’s probably not fair to assume that all artists use it. Taylor Swift has spent her career adhering to and articulating certain principals that allow her to be portrayed as “real,” and her stance of refusing to use Auto-Tune has been steadfast.

Taylor Swift is the “good girl,” and using Auto-Tune would not fit in in the “real” persona she portrays to the public. If she was ever caught using it, the facade around her persona would crumble, just like it did when Tiger Woods was caught cheating on his wife, instantly and dramatically devaluing Taylor’s name as a brand. The risk/reward is not worth it for Taylor to lie about it. Auto-Tune is socially acceptable in 2012. People would forgive Taylor for using it. But they probably wouldn’t forgive her for lying about it.

But you came here for a simple yes or no answer to if Taylor Swift uses Auto-Tune. So what is it?

Does Taylor Swift Use Auto-Tune live?

Absolutely not. And there’s such an overwhelming, insurmountable mountain of evidence pointing to that as being the truth, and that mountain continues to grow with every live Taylor Swift performance.

Aside from hundreds of live performances where Taylor Swift clearly sang out-of-tune, the other major piece of evidence we have is a personal exchange she had with music industry guru/critic Bob Lefsetz back in November of 2009. At that point, Bob Lefsetz was mostly known only by music industry insiders. When Lefsetz became the frontrunner for who Taylor Swift’s song “Mean” was about, that is when he became more of a pop culture figure. The legacy of Taylor Swift’s “Mean” actually didn’t start with her singing out-of-tune on the 2010 Grammy’s like many people think. It actually started a few months before, when Bob Lefsetz accused Taylor Swift of using Auto-Tune.

Appreciating the influence of Bob Lefsetz, Taylor Swift called him up personally, twice, from London, to vehemently deny her use of any pitch-correcting software. Swift went to great lengths to explain herself, and even invited Lefsetz to come to one of her live shows and inspect her gear to confirm it. Then Taylor had the head of her gear and lighting setup personally email Lefsetz and explain further. Here was Taylor, already having to deal with the criticism that she couldn’t sing, and at the same time having to fight off an Auto-Tune controversy. As Bob Lefsetz said at the time:

In short, there has never been one credible shred of evidence pointing to Taylor Swift using Auto-Tune live. And in fact all evidence points to the contrary.

Does Taylor Swift Use Auto-Tune recorded?

Ah ha. This is where it gets a little tricky. And if we are to believe the same Bob Lefsetz / Taylor Swift exchange that helped corroborate that Taylor does not use Auto-Tune live, the answer would be, “Yes.” In Lefsetz’s portrayal of his phone calls with Swift, he says:

Taylor got into it.  How she didn’t even know how to use auto-tune, had never used it.  Then again, she admitted to fixing some mistakes in the studio.

In other words, though Taylor has never and would never use Auto-Tune in the live context, in the studio, she’s admitted that she has used it, however sparingly.

Does this make Taylor Swift a liar? Seeing how the biggest piece of evidence that she does use Auto-tune in recordings is when she was fessing up to it to Lefsetz back in 2009, it’s pretty hard to call that a lie. The reason that pitch and Auto-Tune are such a constant thread of discussion around Taylor Swift is because of her issues singing in concert, so maybe this is the context that is most important. But then again, denying its use without being more specific may have not been the most forthright way for Taylor to handle the issue.

And then you can get bogged down in discussions on the use of Auto-Tune as an “effect.” Taylor clearly does this on numerous songs on her newest album Red. Is this breaking the no Auto-Tune rules, or no different than using reverb or a bullhorn to augment vocals?

All of this talk is completely missing the point about what makes Taylor Swift so appealing to the American public. It’s what the people on the outside looking in don’t get, and the thing that I admittedly didn’t get for years. Taylor Swift detractors can talk until they’re blue in the face about how she can’t sing, or how she uses Auto-Tune, but they’ll never change a mind because people don’t love Taylor Swift despite her flaws, they love Taylor Swift because of her flaws. She personifies the beauty of American imperfection. Though some of her loyal fans will never admit it, we all know deep in our hearts Taylor is an average singer at best. Taylor Swift is flawed, clumsy, and in many ways, uncool. She’s a flat-chested, pencil-thin, pale and awkward little girl with perpetual neurotic love drama brought on by self-esteem issues.

In other words, she’s fucked up, just like the rest of us, which makes her real. And in a world where the food we eat is fake, the stuff we buy is fake, the jobs we work are fake, and most of the people we meet are fake, “refreshing” is not a strong enough word to describe the reason why the Taylor Swift phenomenon has transpired in popular culture. Little girls and their mothers look at Taylor Swift and they see themselves, and that trumps all concerns about singing or genre.

And that’s why Taylor Swift’s biggest problem is not singing. It’s Max Martin, Shellbeck, and The Country Music Anti-Christ, Scott Borchetta. Because they are the ones getting in the way of Taylor being herself by trying to make her perfect.