Only 3.44% of the Artists Playing Austin City Limits Fest (ACL Fest) Are From Austin 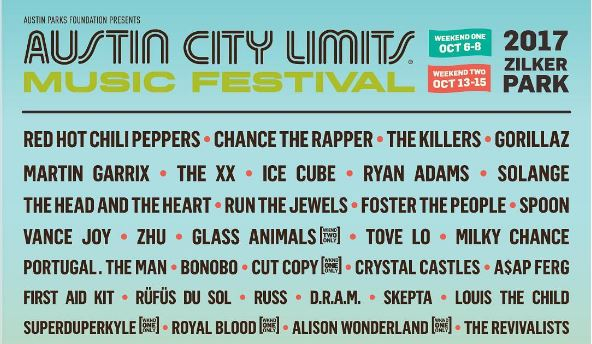 In a city filled with overeducated intellectuals that love to pontificate and overplan everything until they create more problems for themselves than they solve, one of the biggest issues facing the city right now is the wholesale evaporation of the live music scene in the supposed “Live Music Capital of the World.” While the City Council is busy collecting surveys and looking into symbolic Band-Aid fixes that won’t have any substantive change on the fate of the city’s musicians and music, the most obvious of issues go unresolved, and unchallenged.

One of the biggest issues is tied to one of the city’s largest annual music events, the two-weekend Austin City Limits Festival, or ACL Fest every fall. Just like the PBS program the festival is named for, the festival long ago abandoned its roots of actually showcasing local Austin bands, but is perfectly fine continuing to exploit the Austin City Limits name, which is supposed to be tied to a not-for-profit entity.

ACL Fest is promoted by the local Austin company C3 Presents, which recently sold 51% of its ownership to Live Nation, and presented by the Austin Parks Foundation.The lack of local representation at ACL Fest is nothing new, but the 2017 lineup just released Thursday (5-4) takes the cake. Out of the 58 names that made it onto the poster for the Austin City Limits Festival, only two are from Austin—Spoon and The Black Angels. That is 3.44% of the artists playing the fest. Only two more performers are from Texas—Cody Jinks, and Solange Knowles (originally from Houston, who now lives in New Orleans).

READ: Too Little, Too Late for the Dying Austin Music Scene

Not to criticize any other artist or bands no matter where they are from, but if the City of Austin wants to see more support for their local music, why is no support flowing to local artists through an event held in a local park, using local resources, receiving local tax breaks, and includes the name of the city right in its title?

Sure, you need big name artists from other locales to make ACL Fest a destination festival, and draw foreign revenue into the city. But is a benchmark of even 15% of bands from the local area too much? Even 10%? And don’t bring up the ACL Fest undercard when that gets released. If Austin music was important enough to Austin City Limits, these artists would get representation on the top poster, and ACL Fest would be a way to promote Austin music to the rest of the world, instead of importing the talent and pulling attention away from the local scene.

UPDATE: ACL Fest has released the full poster now with a few more Austin artists: Asleep at the Wheel, Carson McHone, Dale and Ray, Band of Heathens, and Paul Cauthen. However even in the undercard, Austin artists only make up 5.88% of the new names.

The City of Austin should be absolutely embarrassed and outraged that more Austin representation isn’t making it into the lineup of the Austin City Limits Festival. If 3% is all C3 Presents can give to Austin artists, perhaps they should consider changing their name, and the city should consider pulling its support.

To put it into context just how bereft the representation of Austin music is at the Austin City Limits Festival, here are some stats:

–There are just as many artists playing from Melbourne, Australia as there are from Austin, TX (2).

–There are just as many artists playing from Sydney, Australia as there are from Austin, TX (2).

–There just as many artists playing from Stockholm, Sweden as there are from Austin, TX (2).

–There just as many artists playing from Toronto, Canada as there are from Austin, TX (2).

–There are more artists playing from Chicago than there are from Austin (3).

— There are 7 artists playing from the Los Angeles area.

–There are more artists playing from England (6), than there are from Texas (4).

Here are the artists and respective points of origin from the 58 performers announced for ACL Fest 2017: 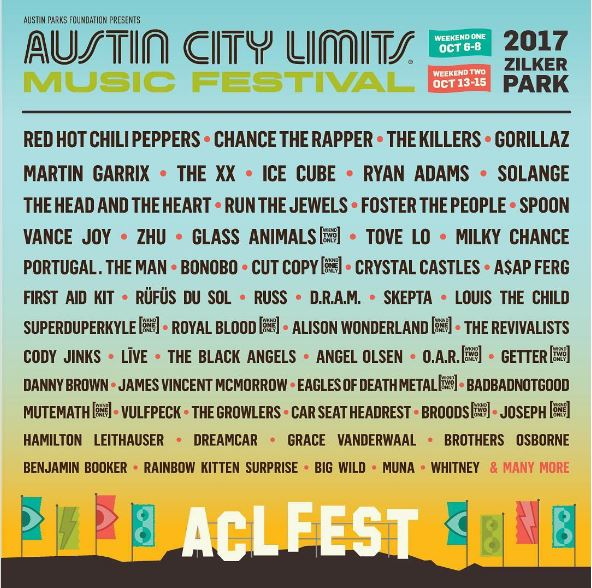