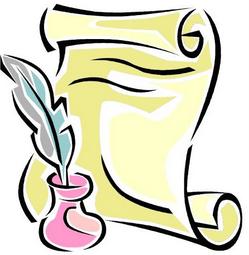 I first want to congratulate you as the President of the Academy of Country Music for the continued success of your storied institution, and your ability to extend the ACM’s as a viable and vibrant forum from which country music can be promoted to the masses in an engaging and exciting presentation that stops down America on an annual basis to celebrate what your institution deems is the best talent country music has to offer.

It is in the spirit of wanting to keep the viability and the storied nature of the ACM’s in tact that I write you to address a concern that I, as well as other country music writers and fans have voiced over the eligibility of Big Machine Records artist Justin Moore for the New Artist of the Year award at the 49th Annual awards set to transpire in a month from now.

Please don’t let it come across that I am assuming or alluding that you are not aware of your own rules, because I’m sure you are more aware of the ACM rules than anyone, but it is clearly stated in your voting criteria that artists are not eligible for the New Artist of the Year distinction if they have sold 500,000 copies of a previously released album according to Nielsen Soundscan. Unfortunately Justin Moore, one of the three remaining nominees for New Artist of the Year, has no less than two such albums that have crossed the 500,000 sales threshold: Justin Moore from 2009 with 550,000 copies sold, and Outlaws Like Me from 2011 with 577,000 copies sold, at last count.

I understand you are aware of this concern and specifically addressed it as Saving Country Music and others had asked you to do. And though your statement does help us in establishing both that the Academy of Country Music is aware of this issue, and what the official stance on this issue is by you as the President of the ACM, unfortunately it doesn’t go any further in resolving it.

You told Music Row Magazine, “This decision is in line with our criteria, and the Board’s right to be flexible in our efforts to be inclusive vs. exclusive of a young artist who has had budding success.” But unfortunately, with all due respect, the decision is not in line with your criteria, and though the decision might be inclusive of Justin Moore, it is exclusive of other artists who are indeed eligible under the Academy of Country Music’s eligibility rules that were drafted by the ACM itself.

As for “the Board’s right to be flexible,” I presume you’re referencing the provision in the voting guidelines that states, “The criteria and voting procedures are set forth by the ACM Board of Directors in accordance with the bylaws, and may be amended from time to time as the Board deems appropriate in the best interest of Country music.” However this rule only grants the Board the ability to amend the rules, not break the rules. As Saving Country Music and others have stated throughout the transpiration of this eligibility matter, the Academy of Country Music has every right to amend their own rules, and I and others have encouraged the Academy of Country Music to do so if it sees an issue with the stated criteria for the New Artist of the Year category.

But no such rules changes have been implemented. Furthermore, the Board of Directors for the Academy of Country Music set the precedent for amending rules before announcing nominees in 2009 when the amount of copies an artist must sell to be eligible for the Album of the Year category was reduced to 300,000 so that Jamey Johnson’s critically-acclaimed album That Lonesome Song could be included in the nominations. More importantly, the ACM’s also delayed the announcement of the Album of the Year nominees in 2009 while you and the Board of Directors finalized the rule change, making sure you did not violate your own rules by announcing their nominees too early.

What’s even more concerning in regards to precedent is the one that will be set if the Academy of Country Music Board of Directors unilaterally breaks its established rules instead of amending them, which will happen if the Justin Moore nomination is etched in stone by not resolving it before the awards ceremony on April 6th. Even worse could be the precedent if Justin Moore wins.

What bestows the honor behind the Academy of Country Music trophy is the prestige the ACM has built into the awards over its 49 years of history. The rules behind the awards are the very foundation of the institution and of the awards themselves; they are the framework from which the ceremonious credence in an otherwise inert trophy is bestowed, regularly bringing recipients to tears upon receiving it.

But all of this can be called into question, and the weight with which the awards are regarded diminished if the rules are ignored. And this issue is not just about one specific nominee or recipient in one given year. If the rules are disregarded, that decision could become effusive, and impinge on the integrity of the awards in their entirety, including awards given out in the past and future. Murmurs of block voting and label impropriety have swirled around the ACM Awards for years, and not just from spurious sources and industry gadflies such as myself, but long-term, trusted journalists like radio personality Jimmy Carter, and previous recipients of ACM Awards themselves.

And beyond the rules specifically, Justin Moore, in my opinion and in the opinion of many others, does not pass the ‘eyeball test’ as a ‘New Artist’. If he did, and it was the rules that seemed to be either unfair or non useful, instead of the clear action of breaking of them, then maybe some consensus could build behind making an exception. Ironically, if there is any consensus between the ACM Board, and many of the voices of concern for the rules oversight, it is that Justin Moore, with his clear commercial success, probably does deserve some sort of distinction from the Academy of Country Music in 2014. But it shouldn’t come at the sacrifice of a clear and transparent rules regime put in place to make sure nothing unethical transpires in the process, or the spirit of the ‘New Artist’ award of giving a hand up to a new artist instead of locking one out by including an established artist, which the inclusion of Justin Moore ostensibly does.

Furthermore, with the financial windfall an artist receives for being nominated or winning an Academy of Country Music Award, and the rules oversight in this particular case being both obvious and unprecedented, I think it is fair to ask if there wouldn’t be any legitimate legal grievances by the parties that were replaced by Justin Moore’s illegitimate inclusion in the New Artist category, and/or his potential win of the award.

And so, with nothing but the ACM Awards’ best interests in mind, I plead with the Academy of Country Music to second guess your nomination of Justin Moore for New Artist of the Year. How you wish to resolve the matter specifically is not my place to say. Whether you disqualify Justin, amend the rules in a way that somehow resolves why the amendment wasn’t made before the nominations were announced, or make some other distinction for Justin Moore to be eligible for, something must be done. And if nothing is done, then I and others, as is our journalistic duty, must call into question the legitimacy of the awards themselves.

The ACM Awards have gone 49 years without allowing their rules to be violated. Let’s try to make it 50.