Osama Bin Laden: “Taylor Swift’s ‘Mean’ Is About Me” 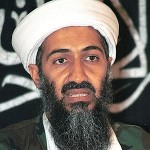 During yesterday’s raid of Osama Bin Laden’s compound, numerous documents, computers, hard drives, etc. were confiscated from Bin Laden’s personal quarters. Slowly, US intelligence officials are sifting through the new data looking for leads about what is left of Al Queda’s command and control structure. During the process, the CIA discovered one very curious bit of information that it leaked exclusively to Saving Country Music: that Osama Bin Laden believed American pop country star Taylor Swift’s recent country hit “Mean”, which has caused months of speculation of who it is about, was indeed about him.

Bin Laden made the claims to a local Pakistani cultural writer who had been studying the effects of Western music on the local Pakistani nightlife. The CIA obtained a correspondence between Bin Laden and this reporter, where he pleaded his case.

Of course it’s about me. Duh, It’s called “Mean” and I’m freaking Osama Bin Laden, leader of Al Queda. I’ve blown up buildings and shit, killed thousands of people. You can’t get any meaner than that!

Apparently Bin Laden was a big fan of American country music, and a staunch purist of the genre.

What, you think that Jamey Johnson and I have the same beard on accident? Gray highlights and all? Please. This pop country crap is infecting country music like infidels are infecting the Holy Land, and Taylor Swift is the worst! She’s got a voice only Allah could love. Somebody needs to take a burqa and shove it down her pie hole! I’d rather listen to a camel giving birth than that racket. Give me the good stuff, some old Waylon, or some Hank . . . one, two, or three!

And what’s up with these “New Outlaws”? Let me tell you, you’re no Outlaw until you’ve been eating rocks in Tora Bora as Uncle Sam lobs handfuls of bunker busting bombs at your ass like they’re Jolly Ranchers at a 4th of July parade. The worst thing to ever happen to Justin Moore and Eric Church is the shitter on their tour bus backing up. Greenhorns.

And Bin Laden had some opinions about the other potential candidates for the subject of “Mean.”

I have a lot of respect for Bob Lefsetz. Really, I do. I’ve subscribed to his Lefsetz Letter for years, and even missed a dialysis session right after 9/11 so I could make sure to secure the latest copy. But let’s face it, he’s the music equivalent of an ambulance chaser, and though he’s sneaky about it, he’s an attention whore. And as for The Triggerman? The dude is the biggest music elitist I’ve ever seen, and that means A LOT coming from me. That self-absorbed, arrogant prick only wishes “Mean” was about him to inflate his already bloated ego. But sorry “Trig”, the song is about me. I already confirmed it with Taylor. We’re friends on Facebook.

Jamey Johnson’s beard could not be reached for comment.