Otis Gibbs Shares His “Souvenirs of a Misspent Youth” 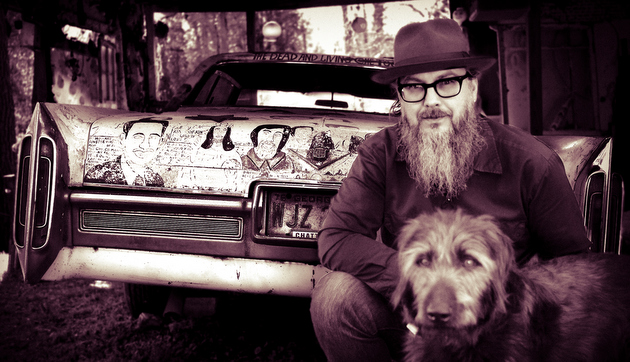 You’re not going to find a life-sized Otis Gibbs cardboard cutout peddling CD’s on an end cap at your local Sam Goody. You’re not going to hear him on the Bobby Bones Show. Otis is a country music homesteader who releases his albums independently in what feels more like a barter system between friends than an element of interstate commerce. Otis Gibbs symbolizes the true essence of the independent spirit thriving in the East Nashville neighborhood he calls home, surrounded by fellow songwriting brethren who respect him as a mentor not just because of the gray in his beard, but from the songcraft he weaves. Settling there some years ago with his long-term partner, fellow songwriter Amy Lashley, the two native Indianans have scratched out a humble, but inspiring music life built upon the goals of sustainability instead of the arbitrary measures of showbiz success that plague most of Music City’s arteries.

A troubadour in every sense of the word, Otis Gibbs is an artist who can inspire even the most timid among us to shush a burly bar troll talking over one of his performances. This is music to lean in and listen to. This is music to get lost in as the lives of characters you’ve never heard of before become as intimate and familiar as family in the span of four minutes, until you find yourself weeping at their struggles, celebrating their victories, and worrying about their fate. Similar to storytelling songwriters like Chris Knight or the late Townes Van Zandt, folk is Otis’s style, but country is his flavor. He may not inspire you to get up and dance a jig, but his evocation of people, places, and important human moments are carved from rural landscapes, and are adorned sonically with fiddle, banjo, and steel guitar. 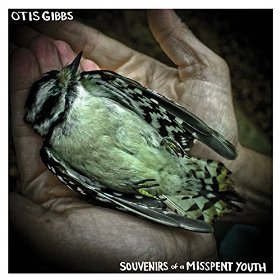 Otis is an artist that everyone seems to know. If you start drawing lines between independent country and roots musicians, Otis would soon be revealed as a nexus. Some of the blame for this lies with Gibb’s secondary pursuit, his sensational Thanks For Giving A Damn podcast where he sits down with all sorts of cool cats from the music scene who open up to him with interesting stories and insight.

Souvenirs of a Misspent Youth—the title of Gibb’s brand new album—could almost be misconstrued as the blood and sweat-smeared proclamation of a punk band. Adolescence is so damn awkward, and young adulthood is so awash in drugs, dumb sex, and indecision, it is a wonder how society can progress with the way American youth are dumped into the real world with such wobbly legs. But the roiling angst amid youthful indiscretion and self-discovery is not what Otis Gibbs is interested in delving into here. His intentions are much more sedated, and much more poetic. Otis ponders youth through the perspective of elders, and the reflection back on ones self though older eyes, while the whole time keeping a cohesiveness to the settings cast in a sepia shade of distant, but refined memory.

It is not just the stories, but the detail that Otis conveys in his characters and his moments that make them burst into real life. A song like “Back In My Day Blues” is one you could see artists like Tom Waits and Bruce Springsteen kicking themselves for never writing. The song “Ghosts Of Our Fathers” speaks right to the heart of the matter Gibbs is trying to convey in this album. “I was a child. I was far too young to ever understand what it meat to have a son who’d been drafted and killed in Vietnam.” In other moments, Otis forges folk heroes and casts them in moments of defiance, such as in “The Darker Side of Me” and “Nancy Barnett.” Otis has a sense that humankind should be swayed towards embracing its positive virtues, but understands that violence and defiance are tied to justice, and are an inalienable part of the human construct and worth canonizing all the same.

Otis Gibbs is a storyteller’s storyteller, and one that makes you see life unfurling in poetry and prose. He may never tell his stories to the wide masses, but the ones wise enough to lean in and listen will find riches and wisdom no man would ever dare lay a monetary value on.

Purchase Souvenirs of a Misspent Youth from Otis Gibbs