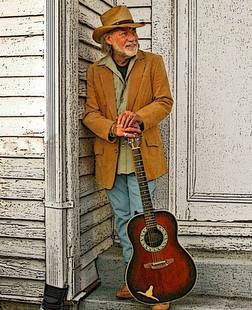 Outlaw Country Artist Randy Howard, a major label recording artist best known for his humorous and explicit anthem “All American Redneck,” was shot and killed by a bounty hunter in his home in Lynchburg, Tennessee on Tuesday night (6-9), and some are wondering why the songwriter had to die over a bench warrant.

A bounty hunter working for A Plus Bail Bonding in Dunlap, TN was serving a warrant from Marion, County, TN when a gun fight ensued inside Randy Howard’s house on Griffin Rd in Lynchburg. The bounty hunter entered the premises, and when he was met with gun shots, he returned fire, killing Howard in what he claims as self-defense. The bounty hunter was also seriously injured in the incident, and was transported to Erlanger Hospital where surgery was performed. The bounty hunter is expected to recover.

Tennessee Bureau of Investigation spokesman Josh DeVine said the warrant on Randy Howard stemmed from charges of fourth-offense DUI, possession of drug paraphernalia, possession of a firearm while intoxicated and driving on a revoked license. Apparently Howard had recently been in jail, and had failed to appear for a recent court date, resulting in the warrant.

The Tennessee Bureau of Investigations is now investigating the incident to see if the bounty hunter was in the right to enter Randy Howard’s home. As WSMV in Nashville points out, the bounty hunter did have a warrant, but Howard was inside his home where he did have a right to defend himself. A neighbor, Terry Dotson said about Randy Howard, “He said he wasn’t going back to jail. That’s what he told me.”

Randy Howard released two major label records, All American Redneck for Warner Bros. in 1983, and the self-titled Randy Howard for Atlantic in 1988. He released seven records overall, including two titles for for Utopian Records, including his debut Now and Then in 1976. It included the protest song, “God Don’t Live in Nashville” and Howard was considered to be a pioneer of the Outlaw country movement. “All American Redneck” became his signature song and an underground hit.

As a performer, Howard shared the stage with Willie Nelson, Waylon Jennings, Charlie Daniels, Hank Williams Jr., and many others. Later in life he might have been best known for penning songs for Hank Williams III, including the 3rd generation country star’s “I Don’t Know” off of his debut album Risin’ Outlaw, and “My Drinking Problem” from Hank3’s opus Straight to Hell. Howard also toured with Hank3 as an opener early in Hank3’s career.

Randy Howard was born and raised in Macon, GA, and had lived in Lynchburg for 25 years. He was 65-years-old.

More information on this story as it becomes available.