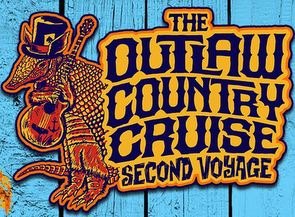 It still seems a little strange to talk about “Outlaws” going on some swanky cruise out in the Caribbean. But it was apparently such a hoot the first time that organizers have put together a second installment, and once again the lineup is killer.

This time the journey will embark from Tampa, Florida to Cozumel, Mexico from February 26th to March 2nd, and feature many of the same artists from the first cruise like Blackberry Smoke and Lucinda Williams, as well a DJ’s from SiriusXM’s Outlaw channel like Elizabeth Cook and Mojo Nixon.

The cruise will four nights on the Norwegian Jade cruise ship, a stay over in Cozumel, multiple shows from the artists including unique collaborations between performers, up close access to the artists, live tapings of SiriusXM shows, and other “Outlaw-inspired activities and theme nights.”

READ: Because Nothing Says “Outlaw” Like Going on a Cruise

The cruise is being orchestrated by Sixthman, which is the promotional outfit behind Kid Rock’s “Chillin’ The Most” cruise, and the Americana-themed “Cayamo” cruise which is now in its tenth year.

I’m not sure Hank or Waylon would have done it this way, but you’d probably be lying to yourself if you said you wouldn’t like to swing this if you could. More performers will be announced soon, and you can sign-up for the pre-sale now.