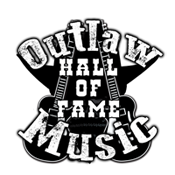 The Outlaw Music Hall of Fame first announced in mid-August and scheduled to be open in the Spring of 2014 in Lynchburg, TN will unveil their inaugural class of inductees on Saturday, October 26th, during a 3-day, 38-hour event transpiring this upcoming weekend in Altamont, TN. The event will feature 30 bands, and will be broadcast through a pay-per-view channel with all the proceeds going to The Hall.

The concert itself is a benefit for local Tennessee musician Troy Rector, who suffered a debilitating medical condition in 2010. After going in for a routine procedure to have teeth pulled, Rector ended up in a chemically-induced coma for 5 months, lost both his legs below the knees, all of his fingers and thumbs, his nose, and had 3rd degree burns over 80 % of his body from the antibiotics. All the artists scheduled to play the event have volunteered their time, and all ticket proceeds will go to help Troy Rector with his medical bills.

Saturday evening’s Hall of Fame inductee announcement will be able to be seen live through the pay-per-view channel, where viewers are asked to donate as a little as a dollar, or whatever they wish to The Hall for access to the live concert feed throughout the weekend. Saving Country Music will also run the announcement afterwards for folks who are not able to tune in live.

The Hall of Fame is dedicated to those artists, both musicians and songwriters, whose work best exemplifies the qualities of the Outlaw movement that first began in the 1970’s and has gained renewed momentum as an alternative to the current Nashville pop country scene. In doing so it will place the spotlight on music firmly attached to the roots of country. Moreover, the Hall of Fame will educate the public about Outlaw country, memorialize founders of the genre such as Waylon Jennings, Willie Nelson, and Jessi Colter recognize current Outlaw artists, and provide a platform for them and for the independent record labels who currently have little if any voice in the industry.