Parker McCollum’s “Probably Wrong” Is Not to Be Overlooked 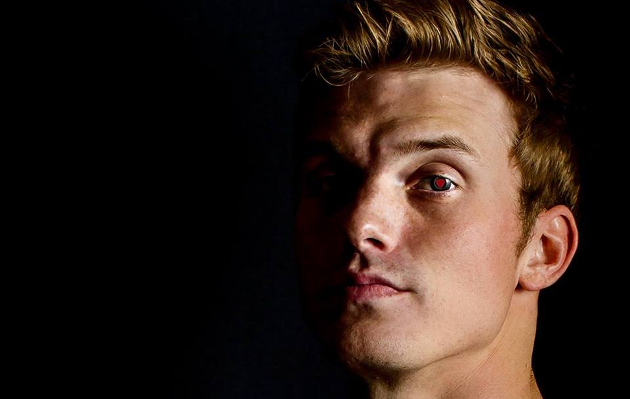 As the country music world was attempting to decompress from an incredibly active and contentious 2017 CMA Awards cycle, and the nervous system of the rest of music was rabidly affixed to the release of Taylor Swift’s latest project, a songwriter from Austin named Parker McCollum released one of the greatest country/Americana records in all of 2017, and about the only problem with it is not enough people are paying attention.

Strikingly brilliant of composition, richly diverse, both progressive and traditional, a tour de force of songwriting, and incredibly textured with strong instrumentation, Probably Wrong has just about everything you could want from any record, whether you count yourself a country fan, more of an Americana type, a country rocker, or whatever may be in between, man or woman, young or old. Whatever your roots music persuasion, Parker McCollum seems to have you covered, as long as you’re willing to open your heart to a new name, and a forward-thinking approach to a powerful expression of country music.

The argument is often made how country music must evolve to stay relevant. This reasoning is often employed to justify some of the most egregious examples of country perversion ever subjected to the human ear which are often much more akin to devolution than forward progress. That argument also discounts all the artists in bluegrass, Texas country, and Americana who actually are actively moving the music forward by bridging more contemporary sounds with a staunch adherence and appreciation of country’s roots.

There might not be a better example of attempting to define country music’s creative horizon and pushing the possibilities of country forward than Parker McCollum’s Probably Wrong. Calling it a diverse record is one thing, but that fails to convey just how expansive and enthralling this project is throughout. And Parker does this by so fine tuning his melodies and taking a more modal approach to song structures, while still keeping everything immediately inviting to the ear. This isn’t hard music to listen to. It’s so easy on the ears you could almost call it pop in moments. Yet the songwriting and the structures are so enveloping and wise, you’re uplifted for listening as opposed to just entertained. 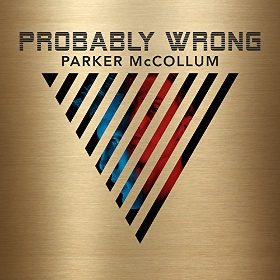 What really is striking about this record is how expertly it was put together from stem to stern, with not just a keen adeptness of songcraft and production, but with an undying passion that touches every moment of every song. Among other things you could label this album, it’s a breakup record, which means the emotions were rich when pen was being put to paper, melodies were being annotated, and tracks being put on tape. Unsigned and undaunted, Parker put everything he had into the project, and the results are powerful.

Probably Wrong is a nearly perfect combination of energetic and inviting country rock, and surprisingly staunch traditional country. You can’t just hear one song and expect to understand what’s going on here, though that’s how many will approach this record, and fail to see its genius. There’s the type of country rock here that is all the hip rage in Texas music, and will make younger audiences gravitate to Parker. But you look at him with his decidedly fresh mid 20’s features and the almost futuristic approach to the artwork, and then you’re completely taken off guard by how traditional this record veers. This truly is a record that has something for everyone.

It’s also worth remarking on the excellent piano work that really enhances this record, and allows it to rise above the crowded field of country releases. It’s a texture too often overlooked or buried in the background, while Parker in parts uses it as the powerful bed from where the rest of the music emerges. Along with everything else, the piano gives Probably Wrong an originality and freshness of sound compared to other projects.

Parker’s voice will probably be a point of discussion since he doesn’t have one of those deep, barrel-chested Jamey Johnson tones. It’s more akin to Jon Pardi, meaning Parker’s sweet spot is higher in the register. But his voice should really be given a fair chance because the way he crafts his melodies, Parker’s singing comes in well above passable. It is incredibly soulful when the lyrics takes him in directions where emotion is powerfully evoked.

Without some huge national push behind him from a label, how this record was first piecemealed out as two EPs (which is rarely a smart move), and the fact that its not just one song, but the whole entire project that deserves to be heard, means Probably Wrong is rife to be overlooked, or misunderstood, especially as the end of the year nears, and everyone gets their “Best Of” lists populated. But Probably Wrong and Parker McCollum are not to be trifled with. He’s put together a record that charts a way forward for country music, bridges two worlds in a divisive era, and gives one hope for the horizons of roots music moving forward.