Past Due: Who Should Be The Next Grand Ole Opry Member? 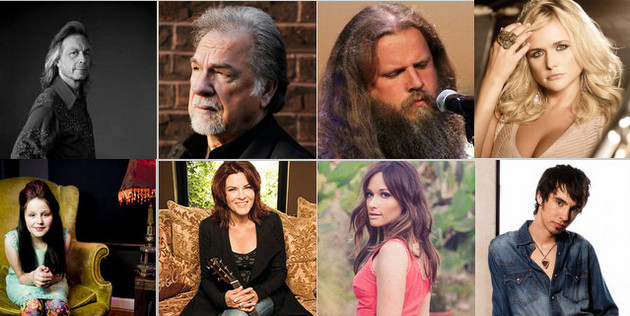 2015 came and went without any new Grand Ole Opry members announced. And here we are five months into 2016, and still there’s been no new Opry invitations. That means the Opry is (hypothetically) due.

There is no set amount of members the Grand Ole Opry looks to keep. At the beginning of 2015, there were 65 members. Since then, two members have passed away: “Little” Jimmy Dickens and Jim Ed Brown, leaving the institution with 63 members.

A big issue with the Grand Ole Opry in recent years has been trying to get standing members to meet their performance obligations. Though the Opry loves to add high-profile names from country’s current radio stars, these performers tend to sign on to receive the distinction of being Opry members, but don’t actually want to play the appointed number of slots for membership.

Certain artists like Blake Shelton have become notorious for shirking their Opry obligations, along with many of the Opry’s other new and younger inductees. Carrie Underwood is the only current superstar who regularly meets her Opry performance commitments. Though the actual number of performances an artist is expected to make is up for debate, it is thought that at least 10 appearances is what is expected of members.

Old Crow Medicine Show is the only recent Opry inductee that could be considered traditional country, so it would be nice to see the next new member be an artist interested in preserving the roots of the genre, and possibly be more willing to meet their performance obligations. Perhaps one of the reasons the Opry hasn’t announced any new names yet is they’re looking for the ideal candidate that could be a flashy name, but also a responsible member.

To meet the performance obligations, it helps if the artist lives in Nashville. That is one of the reasons that a number of country legends are not members, even though you might assume they are. When Merle Haggard passed away, he wasn’t an Opry member. Native Texans Willie Nelson, Kris Kristofferson, George Strait, and Billy Joe Shaver are not Opry members, and likely would not be interested in taking on the responsibility since they live far away, even though they would make perfect names to add to the Grand Ole Opry roster. Same goes for Dwight Yoakam, who lives in California. Hank Williams Jr. is in Tennessee often, but likely doesn’t want to hassle with the Opry, and has been outspoken about the institution needing to Reinstate Hank Williams.

Texans Dale Watson, Lee Ann Womack, and Aaron Watson would also make good candidates, but may not be interested due to the obligations.

So who would meake some good candidates for the Grand Ole Opry’s newest member?

Miranda Lambert – After her split from absentee Opry member Blake Shelton, Miranda Lambert has been spending more and more time in Nashville. She would be a flashy name that would excite mainstream fans, but that also has some cred with older fans from some of her more traditional country from earlier in her career. The Opry would likely love to have Miranda, if she would accept and commit.

Kacey Musgraves – Kacey seems about perfect for the Opry. She’s a current name, but takes the traditions of country to heart in both song and style. She seems to truly love the Opry institution and stage, and isn’t so pricey that she couldn’t make 10 performances a year without sacrificing.

Jamey Johnson – Jamey Johnson seems perfectly content these days only worrying about playing shows that include many classic country covers. He would be a pick hard to argue with from both older and 30-year-old country music fans.

Brandy Clark  – A well-respected songwriter and performer who bridges the gap between contemporary and classic country. She would also be the Opry’s first openly gay member if inducted, so there’s that.

Kellie Pickler – Another solid pick who you know would keep to her obligations, and still has a bit of star power with the new generations, and has won respect with much of the older crowd.

Chris Stapleton – He’s the hottest star in country right now, and fits on the Opry stage better than anyone.

Legends in the Making

Gene Watson – He seems like a darn near perfect candidate for the Opry, and is one of those oft-overlooked country stars who has contributed immeasurably to the genre. He’s still putting out records and playing shows, and is one of those artists who would take his obligations to the Opry seriously. He’s even mentioned on the Opry’s website as a “guest artist,” but has never been inducted.

Jim Lauderdale – Try finding a more respected name in Nashville, whether you’re looking for a songwiter, singer, or just an all around good guy. Like Old Crow Medicine Show, it would be a pick that would instill the Opry with some new blood, but old sound, and give a little bit of representation to the Americana side of country. There is also a Facebook Group trying to make Jim an Opry member.

Rhonda Vincent – Rhonda has quietly morphed into a force of nature in the bluegrass world, and has the performance acumen that is perfect for the Opry stage on a regular basis.

Rosanne Cash – Another name that’s surprisingly not a member, but would make a perfect addition, and one that would add a legendary bloodline back to the institution.

Elizabeth Cook – She used to be the Opry’s ultimate fill-in artist, and in previous years, played the Opry almost as much as anyone. Her performances numbers have lightened up some, but she would still make a solid pick.

Mo Pitney and William Michael Morgan – Two promising major label stars with traditional country leanings who live in the Nashville area. Both have played the opry a few times, and would be good picks for the institution’s future.

Chris Janson – Yes, the “Buy Me A Boat” guy. Janson made 26 appearances at the Opry last year—more than any other non member, and beyond “Buy Me A Boat,” he has some songs that are not half bad. He probably should still pay some more dues before he’s given the distinction above others, but he’s a name to watch out for.

EmiSunshine – She’s become a regular at the Opry in recent years, and would make an interesting pick despite her young age (she was born in 2004).

Sam Bush, Chris Scruggs, and “Cousin” Kenny Vaughan are all regulars on the Opry stage, and would make solid editions to the membership lineup.

Who do you think the next Grand Ole Opry Member should be?