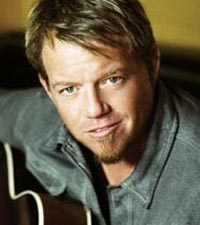 Texas country artist Pat Green recently released a new single called “While I Was Away” ahead of the release of his new record Home on August 14th, and when asked what he thought about the new artists and the new style of country music prevailing in the mainstream today, he not only took the high road, he had some high praise for one of country music’s most notorious repeat offenders for trampling on country music’s roots.

In an interview with The Boot, Pat praised the efforts of Florida Georgia Line, who is now using the same road manager Green had for the first 15 years of his career.

“I don’t think I could ever wear a sleeveless shirt and a chain on my wallet. I would feel silly, that’s all. I just couldn’t do it. But I’m proud of them,” Green says. “To put yourselves out there and open yourself up to all of the criticism that comes in this business, and then open your family up to all of that—it’s a meat grinder, and it’s a neat thing to see people succeed.”

Pat says he first saw the duo perform when he took his kids to a Taylor Swift concert, and Florida Georgia Line was the opening act. “My kids got into it. My daughter loved it….They’re putting on a show. There are people that get into it and sing along. Slap each other on the back, drink a beer.”

Then Pat Green got all Zig Ziglar about the band.

“I love watching people win; whether I’m going to play their music 10 times in my car doesn’t mean anything. Watching someone win is fun.”

Pat also had praise for Eric Church, the Eli Young Band, and fellow Texas country artist Wade Bowen. “I could sit there and listen to his songs all day.”

The 43-year-old Pat Green has put together what at times has been a polarizing career in Texas country. One of the very early stars of the regional genre, he was accused of selling out after he signed with Universal in 2001, and then with BNA in 2006 and released some radio-friendly material. He was also chided for his predominant hair highlights. Pat told Rolling Stone Country recently, “I think it’s funny that people thought I sold out. I’m like, ‘Nothing changed; I just got paid more.’ Certainly, there are times when you’re on a BNA or RCA [label] when they’re like, ‘We’ve gotta polish this up for radio.’ That’s the way it goes. But I think everything else sounded like what I would do, anyway.”