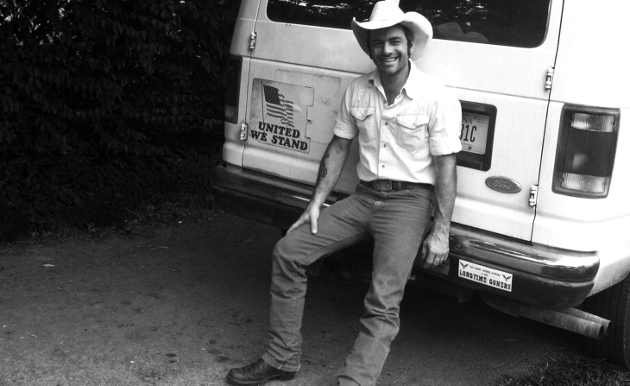 “I saw my buddy Pat Reedy perform at the Buckhorn Bar,” singer and songwriter Luke Bell explains about the moment hanging out in his home state of Wyoming where he realized there was an entirely different world of music out there he’d never been exposed to. “It was an inspiring show. He pulled through in an ’85 Datsun diesel pickup truck with a homeless painter and a half wolf dog. It was just a picture of a different part of the earth.”

The Deslondes tell as similar story—just set in New Orleans—of seeing this drifter cowboy songwriter singing old country songs in a throwback style, and how it helped set them on their musical journey. Now The Deslondes are signed to New West and showcasing at the Newport Folk Festival. And Luke Bell is signed to Thirty Tigers and WME, and playing Stagecoach, Bonnaroo, and opening for Dwight Yoakam.

Those true, hardcore fans of music always want to keep digging until they find that original nugget of a musical movement or influence, or in the case of Pat Reedy, the revitalization of a style of country and roots that has been forgotten by neglect throughout the generations. This is where you find the Wayne “The Train” Hancocks and Dexter Romwebers of the world who may not be as widely-known as those they have gone on to influence, but are supremely talented and essential to the music. This is also where you find Pat Reedy, if you can find him. 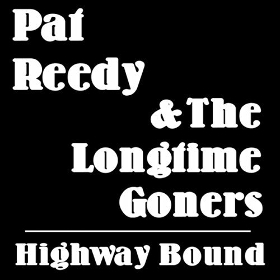 Drifting from one place to another, living out the tunes he sings, writing songs and recording them when he can, and playing thrown together tours with friends that traverse the country based on an itinerary has more to do with the places he wants to see or the cool spots he wants to hit along the way, or a carpenter job he has waiting for him when he arrives instead of the most intuitive trajectory forward, this is Pat Reedy’s way of making music.

If you listened to that Thirty Tigers debut of Luke Bell’s and wonder where he pulled out that faraway voice and classic style of songs, Pat Reedy is the guilty culprit. And you get a huge new helping of a similar thing if you run down Pat Reedy’s new album with his backing band The Longtime Goners called Highway Bound. Painted in vintage colors and etched out with rustic implements, Highway Bound isn’t just a journey in distance, but in time—back to an era when those who entertained did so by sowing the stories they lived out instead of what they though the audience wanted to hear.

Born in Colorado, living most of his adult life in New Orleans where he was inspired by the street performers of the French Quarter, and now at least partially relocated to Nashville, Pat Reedy made Highway Bound as a nexus between New Orleans and Nashville, recorded with New Orleans street performers, but with the benefit of a Nashville studio and sound engineers. Steel guitar, fiddle, female harmonies, and some New Orleans accordion accompany these songs that Reedy hopes results in an homage to his time in The Big Easy.

You won’t necessarily find the same production value in Highway Bound as you might the recent Luke Bell or Deslondes projects, but you will find some excellent songs that awaken that old school vitality lost in most of the country music of today. And along the way, Reedy will take you on a journey of broken hearts, soul searching, and adventure for the sake of adventure. You won’t find a whole lot of deep moments on this road trip, but you will have a hell of a good time.

And who knows what next great artist will be inspired when Pat Reedy rolls through town or they hear Highway Bound and decide to pick up the life of a drifting cowboy poet themselves.