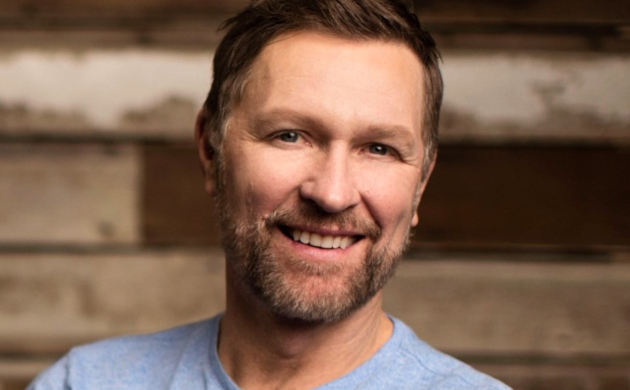 Dealing with the grief of a deeply personal tragedy, especially one at the level of the loss of a son or daughter, has to be implausibly difficult enough for anyone to render properly in the mind, heart, and spirit. Figuring out how to address the issue when you live in the public spotlight like country star Craig Morgan can only make it more arduous. Artists use music even more than the civilian population to express and alleviate their grief. But sometimes the subject matter is so personal, and the story is so grievous, that putting their feelings into proper words is too raw of an experience even for them, while the last thing you want to do is come across as self-indulgent, or somehow opportunistic.

It’s been just over three years since Craig Morgan released any new music, and just over three years since his son, 19-year-old Jerry Greer, went missing on Kentucky Lake near the Kentucky and Tennessee border on a Sunday afternoon. The teen had been tubing on the lake with friends, and after hitting a big wave, failed to surface. A search ended with the inevitable and unthinkable, and the world of Craig Morgan, who had just released his new album A Whole Lot More Than Me through Black River Entertainment, was thrown into upheaval.

When Morgan was ready to address the tragedy, you knew his faith would not be far behind. Belief has always been a big part of who Craig Morgan is as a country performer and entertainer, from his single “God Must Really Love Me,” to the sole #1 of his career, “That’s What I Love About Sunday.” Like the careers of many mainstream performers, Craig Morgan has seen his ups and downs, and been guilty of trying to chase trends at times. But his constant and compass has always been a big emphasis on faith and family.

“The Father, My Son, and the Holy Ghost” is hard to not feel the power of, as the words run like palpable finger ends tracing the crevices of the spine, even if faith is something the listener finds elusive. Few have experienced the loss of a child, but everyone can imagine the inconsolable grief that must come with the experience. Both expressing the grief Morgan feels in a way that does the emotions themselves justice, while allowing empathy to swell in the listener makes this composition accessible, and compelling.

“I cried and cried and cried until I passed out on the floor,” Craig Morgan sings, and it’s hard not to visualize this strong man of country music in a crumpled and vulnerable state when these words come through the speakers. But it’s the resolution and understanding that infuses “The Father, My Son, and the Holy Ghost” with sage advice everyone who has suffered loss can heed, and healing properties beyond the magic of musical melody.

If we’re being fair, we must also regard the music and structure of “The Father, My Son, and the Holy Ghost” equitably. The style and production of the song is on the contemporary side of country, and the rising chorus fits in many of the standard molds of a radio song. But Morgan didn’t just record and release “The Father, My Son, and the Holy Ghost” for close friends and family. Sharing his experience of how faith and understanding saw him through an experience so unspeakable is something he wanted to share with the rest of the world, and composing a song that can reach it through pragmatic production is a smart approach.

Craig Morgan is well past his commercial prime if we’re speaking plainly. Perhaps with the recent success of songs underpinned by faith like Blake Shelton’s “God’s Country,” radio programmers and the wider public will at least give “The Father, My Son, and the Holy Ghost” some fair consideration. But even if they don’t, the song accomplishes what Craig Morgan set out to do, which is to bring some resolution to a tragedy, share his experience and wisdom of how he got through the most difficult of grief, and get him back into the business of making country music, which is where he belongs.

Craig Morgan, Review, The Father My Son and the Holy Ghost