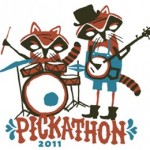 By sea, by plane, by land (or as Pickathon would prefer it, by carpool or public transportation) if you can make it to the Pendarvis Farm just outside of Portland, OR, you should make being a participant in this year’s Pickathon Festival a priority this weekend. But if you can’t, you can still participate, and still be insipred by the sustainable model Pickathon has created for it’s patrons, performers, and community.

This year Pickathon is doing something historic. It will be broadcasting in high definition, “record quality” audio and video, the performances on Pickathon’s main stage throughout the weekend. The free streaming service will be available at KEXP.org, and at pickathon.com.

And even if you can’t be by your computer this weekend, Pickathon’s insistence on putting people first, digging deep to find the truly relevant present-day talent representing the various roots movements all around the country instead of the flashy headliners or yesterday’s big names, and insisting on making a sustainable business model that includes reducing the environmental impact, includes lessons we can all take and adapt to other parts of life.

This weekend I spoke with Pickathon promoter Zale Schoenborn about Pickathon and it’s unusual and inspiring festival model.

Triggerman: If you’re a independent music fan then the Pickathon lineup is full of headliners, but your a festival known for not having headliners in the traditional sense, meaning huge names that you have to back up the Brinks truck to their bus to get them to come out there. What is the philosophy behind being such a big festival, but not having traditional headliners?

Zale (Pickathon): For us its always been faith in curating what we consider still relevant, good music. Something that moves you now, instead of worrying about what kind of format you’re going to build a festival around. If it meets that criteria of good music, then we gravitate towards it. Soulful music, something with some grit, just something that moves you now. That model for us started early, and we keep it today. We’ve gotten away with it for all 13 years. We’re very big into mixing traditional music in with the contemporary indie rock, R&B styles, and everything that comes out of the roots.

Triggerman: Whenever I meet somebody, I go to a festival, or I listen to a band, I always try to take a lesson away from it. Having attended Pickathon two years ago, the lesson I’ve taken away from Pickathon is sustainability. That’s kind of a popular word right now with the green movement, which y’all are working towards in regards to encouraging carpooling and such to get to the festival. This year you’re eliminating single-use dishwear and utensils. But you also take a sustainability approach to the music itself, to artist development and to the economic plan of Pickathon. Can you speak about the sustainability philosophy that governs Pickathon?

Zale (Pickathon): For us it’s been an incremental thing that every year we look back on the previous year and said, “Oh wow, we just generated 50,000 water bottles we had to recycle.” The festival is known for these sustainability ideas, but it’s really more a reaction to how we could do things better in inspiring ways. 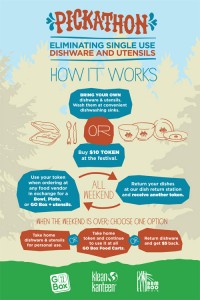 This year single use dishes are the things we’re picking on. We’re washing dishes essentially. It shouldn’t be something really hard to do. If we could figure out the system, people will copy us, and that’s the ways you should have always done it. We don’t want to inconvenience people. We want it to be convenient, and make people inspired by it. That’s all in the concept of making the “slow food” of music festivals. It’s an environment that you put together that is relaxing and inspiring. The sustainability makes the music that much more meaningful for the artists and everyone there. Taking care of people, from the front end (patrons) to the back end (artists) is one of our signatures, being very people-centric. We do a lot of sustainability stuff, but they’re functional and they have purposes.

Triggerman: I also see the sustainability idea built in to who you choose to play at Pickathon. It’s easy to gravitate towards the super big names, the flash in the pan of the day that may get more folks out there or allow you to charge more or what have you. Instead y’all seem to give a lot of attention to seeking out talent across the country, to create a sustainable lineup for the festival.

Zale (Pickathon): Because we dedicate to being in touch with folks we like to call the “scene captains”, and those scenes might be bluegrass, country, the various flavors of country, and blues and cajun, all those styles are kind of part of our textures every year. We check in and think about what is really going on that is meaningful in these worlds, and we don’t look at it totally local. We seek out people to give us input on what is interesting right now in this scene. What’s the essence? Where are people being inspired? It’s important for us to feel like we are getting the real inspiration for these vibrant music scenes. The current, the now, the people in the van trying to make it happen. And that’s just as much a reason we stay away from the real easy headliners as the fact that sometimes we can’t afford them.

A lot of times we’re not so interested in the music that was great 20 years ago that’s still selling out tickets in a giant theater. The philosophy is that sustainability. (We) don’t feel like it creates the connection to today’s generation and today’s people. It feels like you’re entertaining the people that loved that music then. When you plug into the music as it’s happening now, that is inspirational. People come to the festival only knowing 10% of the music sometimes. I think that’s a pretty common thing. But they’ll get blown away. The indie rock folks will see some bluegrass band or a country band, and they’ll remember that, and it’s something that starts to cross-pollinate these scenes.

Triggerman: And you hear people talk about sustainability and diversity as being part and parcel. A few of the bands on this lineup are bands I talk about on Saving Country Music, but a lot of the bands are not, and I am even more excited to see the bands I don’t know about as the ones I do. With the diversity of the lineup, you appeal a little bit to a lot of people.

Zale (Pickathon): It’s a dangerous place to be as a festival promoter. They would tell you that’s a bad model. I think it makes a hell of a festival. And a lot of good things can happen in that kind of environment. We’re definitely putting faith in the fan. We’re giving people a lot of credit, that you can put together good music, even if it’s not a bunch of headliners, and that they’re going to come to it because they get it. That’s a leap, but I think we’re winning the battle.

Triggerman: Two years ago, when I went to Pickathon for the first time, I was pulling into the parking lot, and the very first thing I saw was Justin Townes Earle walking across the road, and I was like “Wow, there’s Justin Townes Earle right there.” A few weeks ago, he got in trouble with some folks on Twitter, because he was at Bonaroo, and not to hoot on Bonnaroo, they’re trying to support the music as well, but he wanted to see The Black Keys, and his wristband was the wrong color, and they wouldn’t let him in to that part of the festival, even though he was an artist. Talk about how the interaction of the artists and the fans, and the artists and each other works with Pickathon as opposed to the other more corporate festivals.

Zale (Pickathon): We are very focused on the human element. We don’t have a lot of security fences. We designed the space to where you come in and relate to the space without a lot of barriers. And that includes the artists. We don’t wall them off, we don’t have VIP sections, but we do create some communal spaces, and when the artists come out they’re part of the audience. It’s very common sense type stuff. It’s like what you would do if you were hosting people at your house. When people are planning it from X’s and O’s, those decisions about the human element fall to the numbers side. It’s unfortunate because those little things are what people tend to take away. If they had a great time but there was no bathrooms, they’ll remember the bathrooms. For us, that’s our big “in”. We’re not big enough like Bonaroo to have 250,000 people, and we’re not looking to be that big. We want to be sustainable, in that 5,000 range of people. We’ve got 6 stages spreading all of those people out in totally unique performance spaces. I think taking care of everyone is the root of throwing a really good festival.

Triggerman: And for people who cannot make it to Pickathon and The Pendarvis Farm this year, how can they participate from their home?

Zale (Pickathon): We’re going to have a live, high definition broadcast of the festival, starting with all the main stage performances on kexp.com and pickathon.com. This is not going to be your typical streaming audio and video. Thios is going to be record-quality. We’re taking a lot of care in that, and that is going to be a signature of ours. When we decided to produce this, we were not interested in the low-quality version. 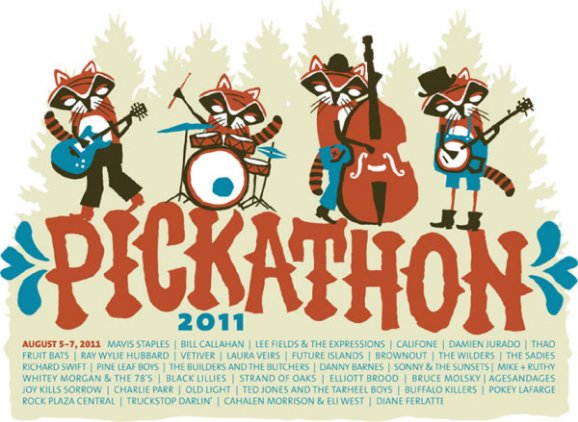