As some of you may already know, I’ve got a good friend named Pointer, and every year we get together for an annual trip to downtown Nashville around Labor Day. Pointer and I are great friends and we both love country music, but we couldn’t be on more opposite sides of the country music spectrum. You see, I like the old stuff and the cool independent stuff of today, while Pointer loves pop country. But that’s okay, we’re such good friends we get along with each other and enjoy our annual trip to Nashville together.

The first thing we saw as we were pulling into downtown Nashville on I-40 was a huge billboard advertising Rascal Flatts! 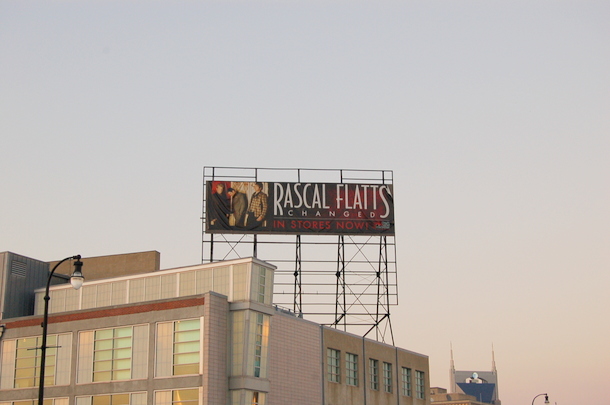 Pointer is a HUGE Rascal Flatts fan, and so he had to get his picture taken with it! 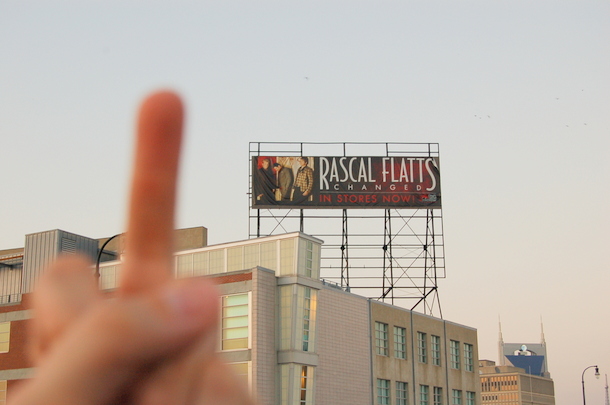 Then we headed into downtown Nashville proper. Nashville has such a beautiful skyline. I snapped this picture when Pointer and I were strolling along the Shelby Street Pedestrian Bridge across the Cumberland River. 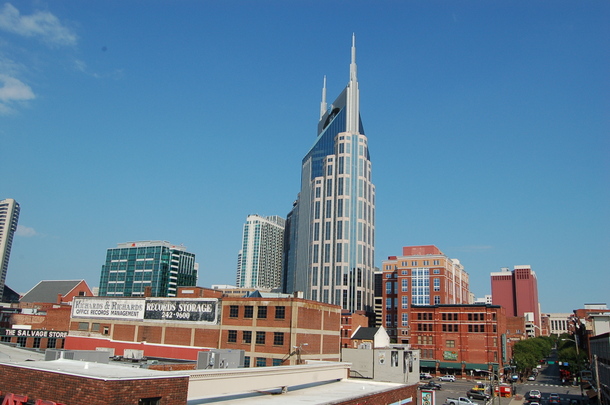 Pointer loves the Nashville skyline too. He’s also a HUGE fan of CMT’s new reality programming like Redneck Vacation and Bayou Billionaires. I don’t like those shows because I think they perpetuate negative country stereotypes, but it’s all Pointer watches. So when we were strolling downtown, he insisted he get his picture taken in front of their building! 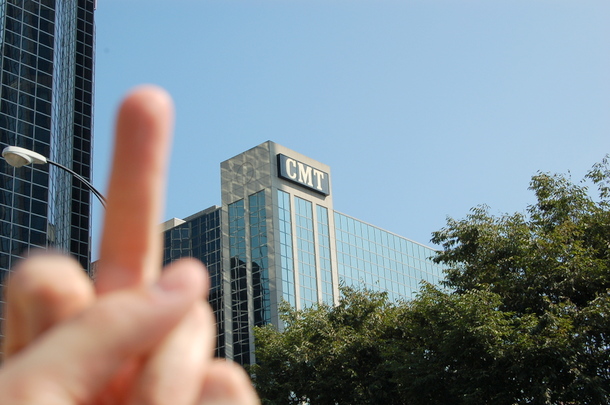 Then we walked across Broadway to the Country Music Hall of Fame! 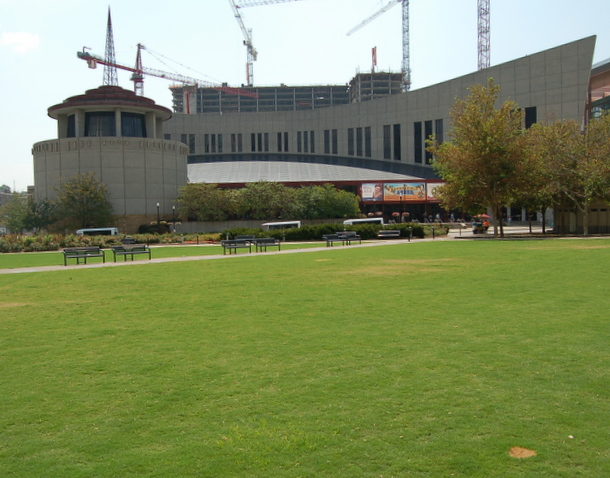 I was really excited to go to the Hall of Fame to check out their new Bakersfield Sound Exhibit! 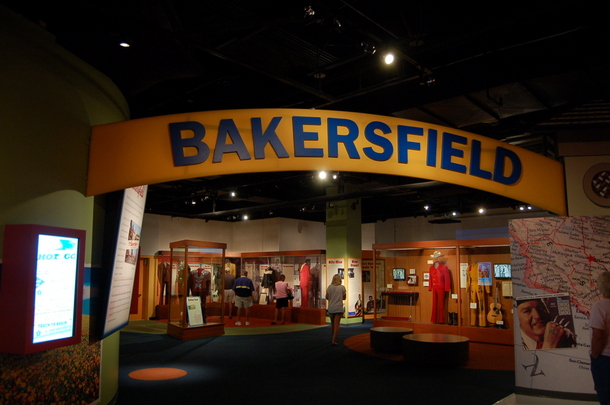 One of the things I love about the Country Music Hall of Fame and Museum is that they house the largest archive of country music memorabilia that exists. The most important part of the collection is called “The Precious Jewel” which is 6 of some of the most-important instruments to ever be played in the genre: Bill Monroe’s Gibson F-5 mandolin, Hank Williams’ Martin D-28 guitar, Lester Flatt’s D-28, Jimmie Rodgers’ Martin 00-18 guitar, “Mother” Maybelle Carter’s Gibson L-5 guitar, and Chet Atkins’ D’Angelico Excel. 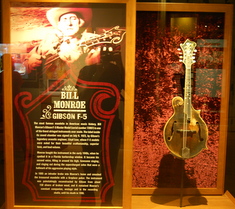 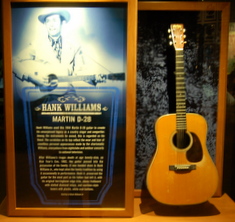 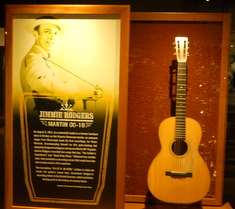 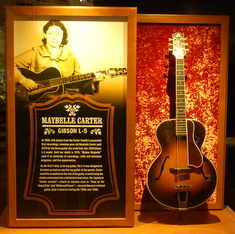 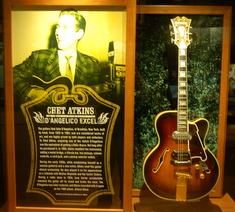 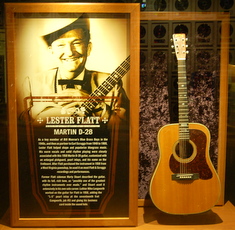 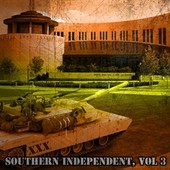 With such important and historic relics housed in one place, you can imagine my horror when Shooter Jennings and his XXX movement decided a good way to push their branding was to point a tank at a museum hosing these precious icons. Pointer was neither here nor there on Shooter until his recent duet with The Nickelback of Country Music, Bucky Covington. Pointer LOVES Bucky, and loves the duet “Drinking Side of Country” so he wanted to get his picture taken at the place where Shooter pointed his belligerent tank at the last remaining country music institution preserving its history and traditions.

For some reason, Pointer insisted on holding the lens cap when taking the picture. I wonder about that boy sometimes.

So then it was starting to get dark so we decided to hike down to Music Row, the place in downtown Nashville where all the major labels have their home offices. Last year our big stop on Music Row was Curb Records. This year Pointer wanted to find the elusive, unmarked offices of his favorite label, Taylor Swift’s Big Machine Records owned by the Country Music Anti-Christ Scott Borchetta. They purposely leave their building unmarked, but after some cyber-sleuthing and asking around, we found the proper place and Pointer couldn’t wait to get his picture taken in front of it! 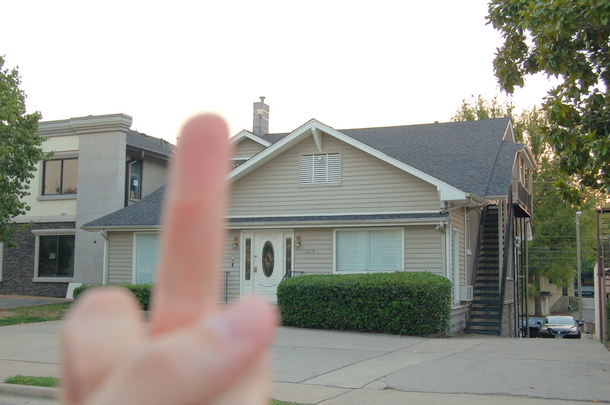 Many Music Row offices are housed in older houses, and some tear down the old houses and build bigger buildings as the label grows. According to Pointer and I’s sources, the building being constructed right beside Big Machine’s current home office will be their new office soon, so Pointer wanted to be pictured in front of that as well! 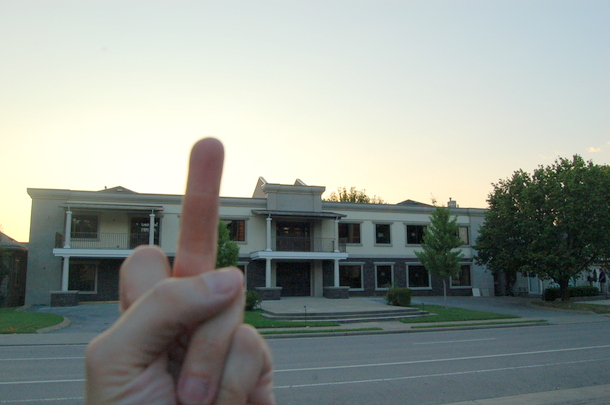 Oh but I’m leaving out the best part! As we were trolling around, looking for Big Machine’s building, who did Pointer and I see than none other than Scott Borchetta himself! I can’t you how much Pointer would have LOVED to get his picture with him, but by the time we had pulled over and located the camera, Scott had slithered inside. So Pointer had to settle for getting a picture with Borchetta’s car. 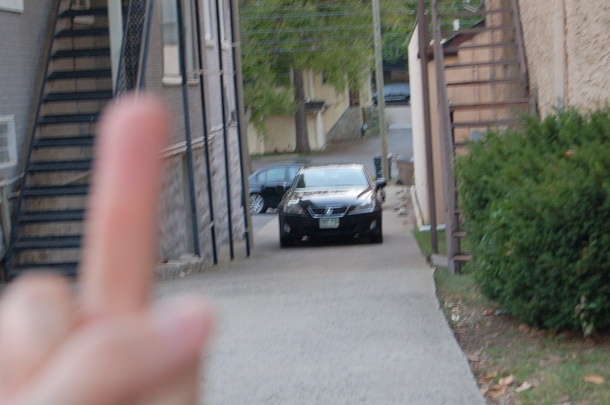 Pointer and I really enjoyed our trip to Nashville once again, and looking forward to many fun Nashville adventures in the coming years.