Man Who Died at Jason Aldean Concert Was “Extremely Intoxicated” 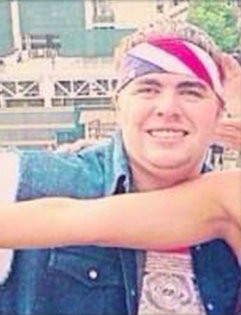 22-year-old Cory Barron who disappeared during a Jason Aldean concert at Progressive Field in Cleveland on Friday, July 18th, and was later found dead in a dumpster in New Russia Township just outside of Cleveland, was “extremely intoxicated” at the time of his disappearance according to a preliminary police report. Though an initial autopsy has been conducted on the body, the full autopsy including the toxicology report will not be available for another three to six weeks according to officials.

The information about Cory Barron’s level of impairment came from police interviewing friends of the Bowling Green State University senior who were also attending the concert. The man disappeared around 9:30 PM after visiting some friends in a different section of the concert from his assigned seat. He never returned, and in the following days a full search for the man turned up nothing. Then on Tuesday, July 22nd, his body was found by landfill workers in a dumpster that was transported from Progressive Field. He still had his ticket stub in his pocket. Investigators turned their attention to a trash chute near Mr. Barron’s assigned seat that plummeted five stories down to where the dumpster was located.

Exactly how the man gained access to the chute and fell into the dumpster has yet to be determined, but investigators at this point are saying there is no evidence that foul play was involved. The death has not been called a homicide, but a “found body” case, though homicide detectives have been assisting in the investigation because of the nature of the case. According to Action News 19 in Cleveland, sources say that Cory may have also engaged in an argument with another man or group of men right before he disappeared. They also say the only way someone could have accessed the chute was to crawl into it.

The death of Cory Barron comes as reports of arrests and intoxication-related injuries seem to be on the increase at country music concerts. A Keith Urban show on Saturday, July 26th made headlines when 55 people were arrested and 22 were taken to the hospital in what the fire department described as a “mass casualty” event. Similar numbers marred a Luke Bryan show in Pittsburgh earlier this summer. The Jason Aldean concert at Progressive Field where Cory disappeared also saw 35 attendees arrested, mostly on alcohol-related charges. Whether the reporting is better or there truly is an elevated rash of unruly patrons at country concerts, the topic has become a hot button issue in country music.

Corry Barron’s funeral was on Monday (7-28). Hundreds of friends and family filled the Sacred Heart Catholic Church in Fremont, Ohio to remember the young man.