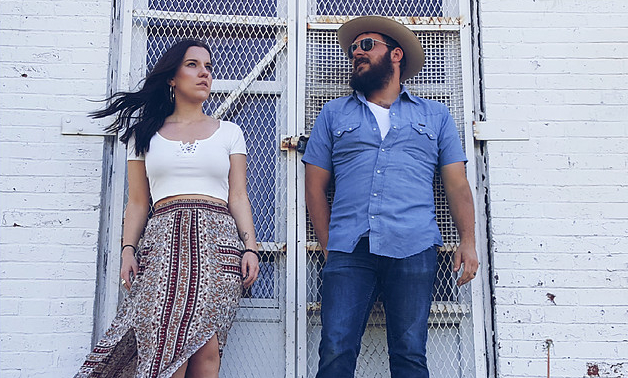 There is a reason the duo is an institution in country music. Most every shade of popular American music features duets and duos, but none have such a dedicated focus on the magic that can occur when two voices rise in song together like country. That’s the reason many of the major country music awards include duo categories apart from groups, and award artists for collaborations. This became the necessity when Tammy Wynette and George Jones, Loretta Lynn and Conway Twitty, and Willie Nelson and Waylon Jennings were out there making country music history together.

Recently the art of the country music duo has become a bit misunderstood. Music Row figured out the duo could be a good avenue for what are basically solo artists and solo songs—or at least songs that only feature one singer and one perspective predominantly—to get attention via awards shows. That’s how Brooks & Dunn won every single CMA for Vocal Duo of the Year award between 1992 and 2006 except one, even though many of their songs could simply be categorized as Ronnie Dunn or Kix Brooks solo tunes. That eventually led us to the unfortunate reality of Florida Georgia Line, and we’re still scratching our heads over what exactly the one blonde guy does. Actually we know exactly what he does; he fills a slot so that the other guy can claim duo status to gain awards and recognition from the industry.

Somewhere, the spirit of the country music duo got lost. This isn’t just about the conjoining of two voices. It’s about the mixing of two perspectives on the same theme, telling a story from two angles, making the yearning in the heart that much more aching by adding two sob stories, or uplifting joy that is magnified that much more because it’s shared with someone else. 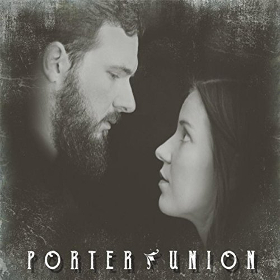 This is the spirit with which the duo Porter Union from Springfield, Missouri approaches their craft. Consisting of Cole Michael Porter and Kendra Porter, the pair dives headlong into the lost art of the country music duo in their debut, self-titled album. Though there are some efforts that would be fair to characterize as more solo in nature, most of this album features the intertwining of voices and points-of-view in ways many modern songwriters struggle to capture. You can’t just take a song and have two people sing on it, or have someone else sing one verse and call it an authentic country music duet. It must be a truly a collaborative effort like you have with Porter Union.

Also with Porter Union, it is truly country. From the opening song “Don’t Look At Me,” you understand quickly this duo isn’t angling for awards or radio play, their looking to evoke the ghosts of Tammy and George for the modern audience, and with their own unique stamp. The song that has stood out most from the album since its June release called “Don’t You Know” is so good it’s a shame it isn’t a radio hit, and it probably would have been in a different era. Yet the best song might be Kendra Porter’s solo effort on “Walked Away” about another famous singing duo, Johnny Cash and June Carter, encapsulating so well specifically how the two needed one another, but in the grander scheme, how all pairs of humans help each other to become whole, and something greater than the sum of their individual parts.

At points it’s probably fair to say that Porter Union can be a little too emotionally-rich, like in the divorce-themed “The Child,” while some may even be turned off by the sappy nature of the cover. But this may be what others find most appealing. Yet it can’t be underscored enough that Porter Union also has a very true country sound with rich steel guitar, and distinct, inviting voices. This is not Captain and Tennille, and it’s not a folk duo as so many boy/girl singing pairs turn out to be these days. Porter Union appear to be just as committed to the classic duo approach to country music as they are to true country music itself.

Like so many institutions of country music, the duo has been run asunder, bastardized, co-opted for corrupt corporate purposes, and the true nature of the art form virtually forgotten. But Porter Union is doing their best to resurrect the approach, in a sector of country music often overlooked, and arguably in the most need for rehabilitation.