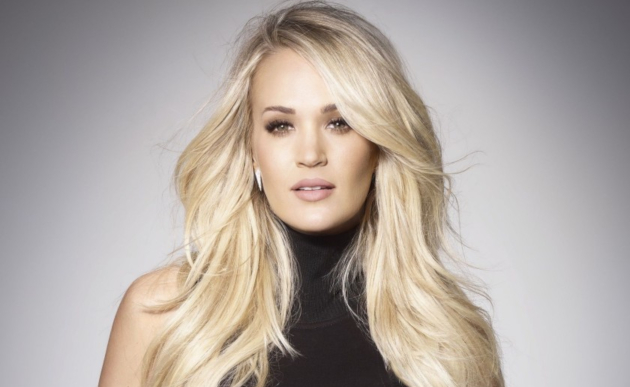 Carrie Underwood will win the 2019 CMA Award for Entertainer of the Year when it is handed out on November 13th, 2019. Mark it down. She will beat out Chris Stapleton, Keith Urban, Garth Brooks, and Eric Church for the top prize of the night, and it probably won’t even be close. This isn’t necessarily an endorsement, nor is it any kind of rebuke. It’s simply a prediction. It will be Carrie Underwood’s night.

This week when CMA voters were working to fill out their ballots, Carrie Underwood’s label Capitol Records Nashville took out full page ads in country music’s major trade periodicals like Country Aircheck and Billboard Country Update touting Carrie Underwood as a “360 Entertainer,” making reference to the “Cry Pretty Tour 360” she’s currently on. Her booking agency AEG also took out a full page ad in Billboard Country Update saying “Hey Girlfriend, here’s our Entertainer of the Year.” Combined with other moves from the Carrie Underwood team, it’s clear a full court press has been called by anybody and everybody involved with Carrie to make this happen in 2019.

On top of this, Miranda Lambert recently gave Carrie Underwood a ringing endorsement. After showing some appreciation for the other Entertainer of the Year nominees, Miranda said,

Carrie- The Entertainer Of The Year. Because… Currently being on tour with all female artists, I’ve been thinking a lot about all the work that goes into what we do. The most amazing job in the world. But it ain’t for the faint of heart. Carrie Underwood is on an all female tour too. The Cry Pretty Tour 360. She put out her first single in 2005 and from then on country music was changed for good. That iconic voice has been classin’ up our stages, charts and televisions for a decade and a half. The Voice. The legs. The songs. The brand. The mom. The wife. The okie. The Jesus lover. The blonde bombshell that is Carrie. She blows me away every time I hear her sing. She never wavers in who she is or what she stands for. She has stayed true & pushed herself to be better. If you have never heard her sing “How Great Thou Art” do yourself a favor and listen … I’ll always have her back. So for the sake of sequins, spanx and spray tans, take it home! You Carrie the torch! 😉#Carrieon #EOTY

Beyond these things, the environment is ripe for Carrie Underwood to finally win country music’s top prize. With all the emphasis on supporting women in country music at the moment, and specifically the CMA’s effort to make women the focal point of the 2019 presentation—including replacing Brad Paisley with Reba McEntire and Dolly Parton as Carrie Underwood’s co-hosts this year—what better way to cap off the night and temper the criticism for country than to give the trophy to Carrie.

This is not to imply that Carrie Underwood doesn’t deserve it. As we’ve seen of the last few years, fair or not, the CMA Entertainer of the Year has become a touring award. After taking a couple of years off to give birth to her second child, Underwood’s current tour has spanned the CMA’s eligibility period almost perfectly, and concludes later this month. And like both Miranda Lambert and the ads promoting Carrie Underwood as the best candidate for the award tout, she’s sold out some major venues during this awards cycle. Her touring purse doesn’t top all others in country, but it is solid, bringing in an estimated $50 million total over the tour, an average of $898,000 dollars a night, and 11,022 tickets per event.

And even though the CMAs are not as susceptible to bloc voting and horse trading due to the expansive nature of the voting population compared to the ACMs, there is still something to be said about the collective will of country music labels, managers, radio, and touring coming together to endorse and support a candidate. At this point, a Carrie Underwood win feels baked in, and if someone like Garth Brooks (the other nominee actively lobbying for consideration), or last year’s winner Keith Urban gets it, the backlash will be boisterous, and arguably damaging to all parties, including whomever wins since they’ll spend more time apologizing for winning over Carrie than celebrating.

And with all due respect to Carrie Underwood, this might her last legitimate opportunity to win the award. She probably won’t be touring next year, and may not tour the year after. Her current singles have shown softness at radio, with “Cry Pretty” topping out at #9, “Love Wins” finishing at #11, and even the radio-friendly “Southbound” stopping at #3 on the Billboard Country Airplay chart, though it did get to #1 on Mediabase. That doesn’t mean Carrie Underwood’s run is over and she’s being put out to pasture. But her capacity to win something like Entertainer of the Year is going to continue to diminish as a new generation of artists take their place as the top entertainers of country music in the future. It’s now or never for Carrie, and her likability throughout the industry will translate into votes to make sure she can finally add this award to what will likely be a Hall of Fame career.

If all things were equal, and Entertainer of the Year went to the artist who had the greatest overall impact and success in the genre over a given eligibility period, this award would have to go to Luke Combs who has set the world on fire in country music in 2019. But he wasn’t even nominated, though rest assured, he will be in the coming years. But this year it’s Carrie Underwood’s turn, and there’s many reasons to argue it should be, even if you’re lukewarm on her music, as many true country music fans tend to be. Though some of her radio singles are hard to defend (including her current one “Southbound”), Underwood clearly can sing. She’s always honored her commitments to the Grand Ole Opry while many of her mainstream contemporaries regularly shrug them off. She doesn’t use choreography in her shows and has no need for Auto-Tune. There are worse candidates for country music’s Entertainer of the Year.

Keith Urban doesn’t even deserve to be in the conversation for this award, and it’s a national embarrassment he’s the reigning CMA Entertainer of the Year already. Eric Church will have other opportunities, and is a guy whose always coveted Album of the Year awards over everything else. Garth Brooks most certainly continues to prove his touring muscle, but already won the trophy in 2016 and 2017 amid his comeback tour, and it does no good to Garth or country music to give it to him again. Chris Stapleton needs to prove he’s more than the 2015 CMA Awards anomaly before earning country music’s top prize, and over the last couple of years the CMA voting public has soured on giving him every award he happens to be nominated for.