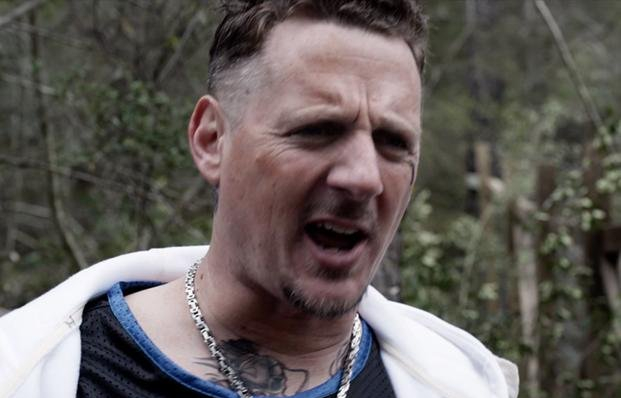 Universal Pictures has pulled the marketing behind a new horror film called The Hunt which features Sturgill Simpson as a major cast member. Still set to be released on September 27th, and first announced on July 30th, the film and its promotion have stirred controversy over the last couple days due to both the political nature of its subject matter, and the two recent mass shootings in El Paso, TX and Dayton, OH causing some to criticize the promotion and plot of the movie as being insensitive and potentially incendiary.

UPDATE (8/10): Universal has now canceled the release of the film. “While Universal Pictures had already paused the marketing campaign for ‘The Hunt,’ after thoughtful consideration, the studio has decided to cancel our plans to release the film,” a statement read from the company on Saturday.

Starring lead actors Hilary Swank, Emma Roberts, Ike Barinholtz, and Betty Gilpin, The Hunt is a movie about a group of “rich elites” who capture and then hunt down ordinary “deplorables” for sport. 12 strangers wake up in the middle of a field, not knowing each other, or how they got there, and soon find themselves as the hunted. Sturgill Simpson plays a character named “Kid Rock” from Orlando, Florida—one of the 12 being hunted down.

Though the release of the film’s trailer (see below) stirred little controversy at the time, numerous reports from conservative news outlets and others have criticized the plot of the film, which clearly draws political lines from its use of language such as “elite” and “deplorable.” A Fox News report heavily admonished the film for satarising the killing of “deplorables,” which is a term that was first coined by Hillary Clinton in September of 2016 during the last Presidential election in reference to Red State republicans. Political satirist Tim Young tells Fox News the portrayal of political violence goes too far. Political commentator Mark Steyn also has characterized the film as a “Liberal Twitterstorm fantasy,” similar to the way activists swarm individuals on the social media platform.

However these commentators seem to be missing a key portion of The Hunt‘s plot, beyond the satirical nature of the film itself. In The Hunt, Betty Gilpin’s character “Crystal” turns the tables on the “elites,” ultimately hunting them down one by one. The elites also appear to be portrayed as the bad guys in the film, living posh and out-of-touch lives. However, concern that political acrimony could spill over into similar violence as the film portrays, or how the film could trigger victims due to the recent mass shootings remain fair concerns.

President Trump also weighed in on the controversy Friday (8-9) morning, though he didn’t mention The Hunt by name. “Hollywood, I don’t call them the elites, I think the elites are people they go after in many cases,” Trump told reporters in an impromptu press conference outside The White House, “Hollywood is really terrible. You talk about racist, Hollywood is racist. What they’re doing with the kind of movies they’re putting out is actually very dangerous for our country.”

Despite the controversy, release of The Hunt will move forward, just not the marketing and promotion of it. Universal chose to suspend marketing in response to the recent mass shootings, and before President Trump’s comments.