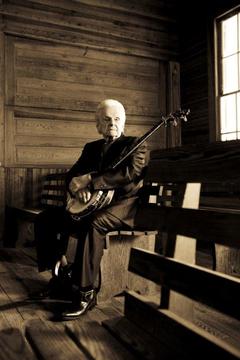 Bluegrass legend Dr. Ralph Stanley will be laid to rest Tuesday evening (6-28), and a public service has been announced that fans are encouraged to attend. But if you cannot make it, the funeral service will also be streamed online.

The service will be held at the Hills of Home Park in Coeburn, VA where Ralph Stanley’s annual music festival has been held since 1970, at 4235 Carter Stanley Hwy, named after Ralph’s brother and original singing partner who passed away in 1966. Attendees are encouraged to bring their own lawn chairs to the funeral and arrive by 5:00 p.m. Eastern for visitation. The service is scheduled to begin at 6 p.m. and will be conducted by Frank Newsome and Eva Murphy. VFW Post 8979 will conduct a VFW graveside service with entombment to follow.

The funeral will be broadcast in its entirety by WYMT.com.

Ralph Stanley passed away on Thursday evening (6-23) due to complications with skin Cancer. He was 89-years-old.