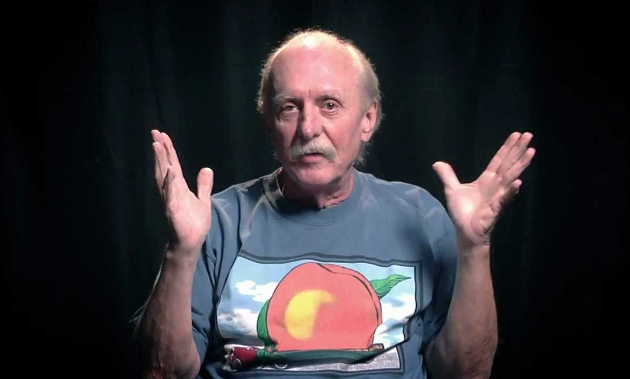 It’s still not easy to process this story behind the passing of long-time Allman Brothers drummer and founding member Butch Trucks. 69-year-olds die every day of natural causes, and when the news initially emerged, it was incredibly sad, but not instantly tragic in the way it feels when the sense is someone was taken too soon. But the revelation by the police in West Palm Beach that the preliminary cause of death is suicide is not only shocking and tragic, but hard to settle into because Butch Trucks just never came across as one who was sad, downtrodden, or one who you would expect to take his own life.

Butch Trucks had a lot of things going for him, and lots of plans for the future. This was evident in an interview he granted just hours before he would die to John J. Moser of The Morning Call. In the 30-minute interview, Trucks talked about his new band called Butch Trucks and The Freight Train Band, which had numerous shows and festival appearances planned in the short term, and was the reason for the interview. According to Moser, Trucks was jovial, talkative, excited about the new band, and proud of his garden. There was no indication of a troubled mind.

“Every night we save ‘Jessica’ until about three-quarters of the way through the set, and everybody really gets into the band, but boy, that’s when everything explodes,” Trucks bragged in the interview about his new Freight Train Band. “When we play that song, the place goes bananas every night. Every night.”

But further into the interview, Butch Trucks dropped a revelation about The Allman Brothers’ biggest hit that if it’s been in print before, is hard to find record of. “Ramblin’ Man” sung and written by guitarist Dickey Betts made the Allman Brothers superstars in 1973, and only missed out on the #1 spot on Billboard’s Hot 100 chart because Cher’s “Half Breed” was so big at the time.

The story has been told for many years that The Allman Brothers initially didn’t want to record “Ramblin’ Man” or release it as a single because they were afraid it was too country. Today people take for granted that The Allman Brothers fit squarely in the Southern rock genre, but to start, they were very much a blues and jazz-based jam band. It was only after the tragic death of Duane Allman that Dickey Betts assumed co-frontman status and took the band in a more country direction.

“Ramblin’ Man” was written in the kitchen of Allman Brothers bass player Berry Oakley at four in the morning after everyone else had gone to bed. Dickey Betts said he wrote the lyrics in about 20 minutes, but it took over a year for the full song to develop, especially the end guitar solo with the harmony lines that became the song’s signature. According to Betts the song was directly inspired by “Ramblin’ Man” by Hank Williams.

Though the whole “Ramblin’ Man” theme would become hot in country later on, the Allman Brother’s contribution was one of the first aside from the original Hank tune. In 1974, Waylon Jennings would put out a record called The Ramblin’ Man, include a cover of Greg Allman’s “Midnight Rider” on it, and recorded Ray Pennington’s “I’m A Ramblin’ Man” for it. Pennington’s version couldn’t make the Top 25, but Waylon had a #1 with it. Merle Haggard would record numerous songs with a “ramblin'” theme, most notably “Ramblin’ Fever” in 1977. But according to Butch Trucks in his very final interview, The Allman Brothers’ biggest song was initially meant for Merle.

“After Duane died, for one thing there was only one guitar player, but then Dickey kind of took over and we quit playing so much in that jazz genre that we were playing in and started heading more toward country stuff,” Butch Trucks explained. “And then out came ‘Ramblin’ Man,’ and if I never hear that song again it’ll be too soon … [laughs]. We actually went to the studio to make a demo of that to send to Merle Haggard. Even Dickey figured it was much too country for the Allman Brothers.”

It was the ending solo which allowed the band to justify cutting it.

“We got into the studio and got into that big long jam at the end with all those guitar parts and everything, and we forgot about how country the song was. And then wouldn’t you know it—it becomes our only hit single.”

Now Butch is gone, and so is Merle. But “Ramblin’ Man” and so many of the other great songs these gifted musicians left with us will remain for generations.