Randy Houser Returns to Form in “What Whiskey Does” 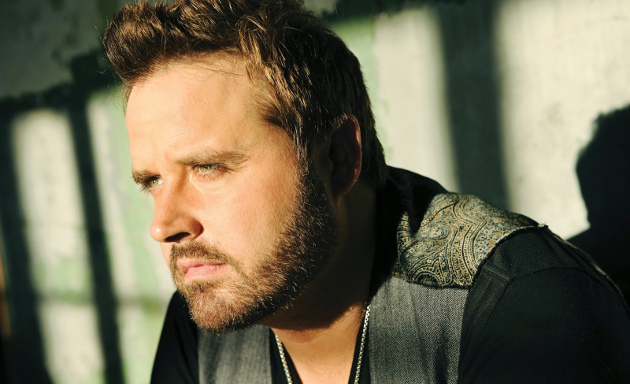 Last time we caught up with Randy Houser, he was doing his best to keep up with the Florida Georgia Line’s of the world with a song called “We Went.” It was a ridiculous action movie of a Bro-Country ode, complete with accounts of jumping ditches in cars while running from the cops, and had us pondering the chemistry of how one could “throw a little dust up” while simultaneously being “in the mud,” and other incongruent and unrealistic anomalies that materialized as they tried to squeeze an absurd amount of cliches into one song like the salted fillets in a sardines can. The fact this was coming from a 40-something performer made the whole thing feel even more embarrassing.

Purists would tell you though, this was no fall from grace for Randy Houser, lest we forget he was one of the notorious three who once ascribed his John Hancock onto the songwriting credits of “Honky Tonk Badonkadonk.” But in truth Randy was a pretty substantial and reliable songwriter for years, and possessed one hell of a powerful voice when he chose to apply it in a positive direction.

In fact when word first came down that a single with “whiskey” in the title had been issued from Randy, a little excitement welled in the cold, stone heart of this jaded music reviewer. The song “Yesterday’s Whiskey” from Houser’s last record is a pretty rousing, and a pretty damn country-sounding tune, at least compared to “We Went” and others that have gone on to characterize Randy’s career in the near term. But this turned out to be a newer whiskey song, and just about as welcomed.

“What Whiskey Does” is a return of Randy Houser to his more original form, and for the better. This is the Randy Houser who had built a fan base who would back bite you when you mentioned Randy’s participation in “Honky Tonk Badonkadonk” or other offenses, and assure you he was true country. But isn’t it the way of Music Row to sway a performer from his established sound when he starts to age a little, and they’re looking for radio singles?

And yes, it does make a difference that Randy Houser is a mainstream artist, and that “What Whiskey Does” is a lead single being sent to radio as you undress it with the harsh eye of scrutiny. Sure, if it was coming from Whitey Morgan or Cody Jinks, it may even be considered sub-par. Even for mainstream measurements, it’s not something to consider as excellent. But the song is Randy Houser, and all you can ask from any artist is they be true to themselves to the best of their abilities, as Houser is on “What Whiskey Does.”

Undoubtedly this is country, despite the unnecessary hands claps, or the watery, wah-ish guitar pedal effect, which is usually reserved for more sexy and funky modes, not heartbreaking drinking songs. The acclaimed Hillary Lindsey, who also co-wrote the song, contributes harmony vocals to the cause. The usually-reliable Keith Gattis is also given a songwriting credit. But it’s also the songwriting of “What Whiskey Does” that wilts the worst in the face of criticism. There may be nothing wrong with any line of the song, but there’s also not a lot that is right either.

While Randy Houser fans who were hoping for a return to form and receive it from “What Whiskey Does,” we need another whiskey song in country music like we need another politically polarizing current event. It doesn’t mean a good whiskey song still can’t work. This is country music after all. But as Emily Yahr of the Washington Post pointed out recently, country music’s obsession with alcohol has become overdone, and “What Whiskey Does” doesn’t do enough to separate itself from the pack. In fact what we get along with the whiskey is a bunch of beer and barroom references as well. “What Whiskey Does” is as alcohol soaked as a Molotov rag.

That shouldn’t remove us from recognizing the righting of the ship Randy Houser swings with the song, it just tempers it. Because after all, any song like this heading to radio is one less song screeching about kicking up dust, or getting stuck in the mud, or both at the same time, inexplicably. And we shouldn’t forget that music is there to be enjoyed. Sometimes you just want to drown yourself in a song, and that’s “What Whiskey Does.”