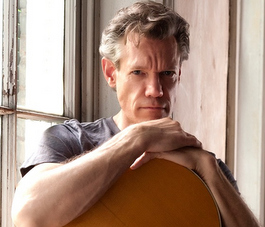 Country star Randy Travis, who suffered a series of major health issues beginning in July, will finally be returning home to his ranch this weekend in Tioga, TX, just northwest of Dallas according to the singer’s representative.

Travis was initially admitted to the hospital on July 7th, 2013 for viral cardiomyopathy, or a weakening of the heart muscle. While being treated for the condition at The Heart Hospital in Plano, TX, Travis suffered a stroke as a complication to the treatment, and had to undergo emergency surgery to relieve pressure on his brain. The surgery was successful, but Travis remained in the hospital until late July when he was moved to a rehabilitation facility to deal with the effects of the stroke. While in rehab, Travis contracted pneumonia according to friend Sammy Kershaw. Travis has been in inpatient care ever since.

Read A Timeline of Updates on Randy Travis’s Health

The health troubles came right as Travis was making a resurgence in his career. He’d recently released a single “Tonight I’m Playing Possum,” a tribute to the recently-passed George Jones. On September 30th, Travis released Influence Vol. 1: The Man I Am, and album of cover songs that inspired his country career.

Travis’s rep says he’s “currently in Texas in physical therapy and doing great!” but there is still no word on any long-term effects Randy might have suffered during the numerous health scares, or if he plans to perform or to make any public appearances anytime soon.