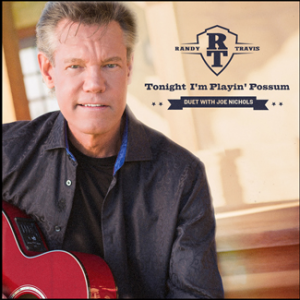 The individuals who see the roots of country music as a trip hazard on their way to tapping the American consumer for as much cash as possible through the forum of country music fail to comprehend the weight that a single phrase, the title of a song, or the name of a country music legend can have when those words and names have been baptized in the rich, marinating waters of country music tradition until they hold such levity that their simple utterance can evoke primordial shivers.

Such is the aspect of the name “George Jones,” his nickname “The Possum,” and the many titles of his songs and the lines they contain that enriched our lives so deeply over the years when George was still counted amongst the living. Now that The Possum has moved on to that big Opryhouse in the sky, I dare say his name and the words that he imparted to us with his singular vocal tone hold an even a thicker weight if such a thing is possible.

We like to make fun of how so many country songs are about other country songs, but the reason it is so common is because it works so well at revitalizing those roots that are so deeply intertwined with our personal fabrics and story lines. The songs of George Jones and others offer a soundtrack to our lives that nobody can take away from us. Even if the music disappeared from the face of the earth, it would still play sweetly in our mind’s ear until kingdom come.

It is with this understanding, and with just as much a selfless desire to canonize George Jones as to selfishly attempt to alleviate some of the grief of his passing that Randy Travis, with the help of Joe Nichols, composed this tribute song to the dearly departed Possum.

Not a world beater, but one that rises to the importance of the occasion and imparts the sorrow of the moment, “Tonight I’m Playing Possum” is a more than touching tribute, and through the vehicle of song, exemplifies why the roots of country are so cherished. To the country music onlooker, the phrase “He stopped loving her today” may seem inane or even out-of-place. But to those in the know, it can incite tears.