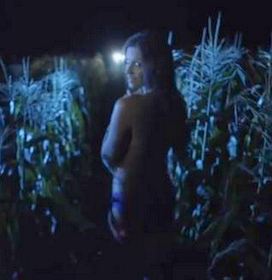 That’s right. A scandalous accusation I know, but one I stand behind with puffed chest and other such countenance to covey, “Yeah, I said it. You got a problem with that ?!?!”, and one that holds up when taking the most basic look at our little genre known as country music, and simply asking, “Where in the hell are the women?” Especially on country radio.

No, I don’t have any hidden camera footage of country music scheming with his fraternity brother that runs HR to systemically keep the women of country music at a lower pay scale. But if country music in 2013 were the equivalent of an office worker, it would be a douche-tastic, handsy, shallow, down-looking chauvinist with triple sec on his breath after lunch that specializes in subtle pelvic thrusts during elongated, unnecessary hugs, and pubic hair jokes.

Currently on Billboard’s Hot Country Songs Chart, there is not one single female artist in the Top 20. Not even one. Not even a Taylor Swift, Miranda Lambert, or Carrie Underwood. Not even a song from a country music group like The Band Perry or Lady Antebellum that has a female member. And this isn’t the first time in recent memory that this has happened. In fact aside from the occasional errant single from one of the aforementioned girls, a country music sausage fest is the default setting for country music’s Top 20 in 2013.

A deeper look into Billboard’s other charts and Neilsen’s radio ratings reveals similar discrepancies when it comes to the female gender and country music. But it doesn’t just stop there. The term “sexism” has two definitions:

That’s right. It’s not just that the women of country music are getting locked out of the process, being ignored by radio programmers who are predominantly male, and are being under-developed by the male-dominated industry. It’s also that the songs, artists, and albums that are dominating the charts and that are being pushed first and foremost by the industry are portraying women in a very objectified, stereotypical manner, both in the lyrics of the songs and in the accompanying videos. 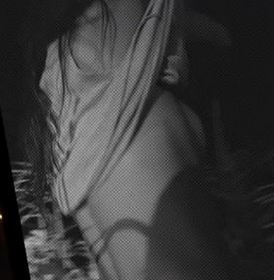 Hey, I’m a red blooded male with fully-functioning male plumbing and a propensity to want to look at T&A just as much as the next guy. All males were instilled with the stupid gene to drool at cleavage through evolution. But there is a time and a place for everything, and when I’m walking through the grocery store with my young, impressionable niece to buy her a freeze pop, I don’t want to be accosted by a Luke Bryan song that works like the soundtrack to a date rape terrorizing our ears. Do these assholes not have women in their lives that they hope will be respected by other men? There’s a time for all adults to get raunchy, but country radio is supposed to be that one place of respite on the FM dial. Here in 2013, Top 40 country music is just as much of a den of iniquity as anything.

Artists like Luke Bryan, Tyler Farr, and Florida Georgia Line have no respect for women, and they have no respect for country music. Or if they do, there’s no evidence of it in their songs and videos. It’s just stereotypical fashion-plate models in bikini’s in objectified roles with the sole purpose of being oogled at just like their shiny new jacked up pickup trucks.

But even worse, when I watch concert footage of these country music cocks of the walk up on stage strutting it like Chippendale’s dancers, I’m not seeing a bunch of men of the front row pumping their fists. No, this female-less country phenomenon is not just about males using their physical superiority and good ole boy system to keep women down. The women of mainstream country are taking the role of willing accomplices, inviting this cultural degradation and humiliation with their hands raised in their air submissively and screaming for Luke Bryan to shake his butt. The problem isn’t just that male record executives and male program managers at radio stations aren’t giving women their proper due. It’s that the women are the ones that are demanding this drivel and driving the market. 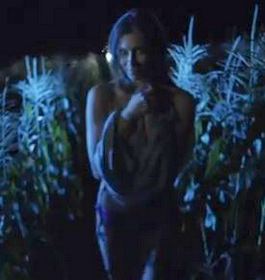 And no, I’m not just calling for an equal playing field for women. If you have to, you gerrymander the damn system to makes sure you have at least one song on the charts that showcases female talent. Are you telling me there’s nothing out there from a female fit for the Billboard Top 20? There are many women who could immediately make country music better right now—professional, proven, beautiful, appealing, relevant, and ready to take their music big time and represent women in a positive light in a genre that has always been about showcasing strong women like Loretta Lynn, Dolly Parton, Emmylou Harris, and Alison Krauss.

Come on country music, let’s do this. I’m tired of telling folks I’m a fan of country music, and then having to put a paper bag over my head in shame, or load it down with qualifying points. We have an obligation to discover, nurture, and showcase female talent. If country music was a board room of 20 members and not one female, some uptight women’s league would be suing their asses from hell to breakfast. So why should country music be held to a different standard?

The dirty little reason that women are not being showcased on country radio is because they’re not willing to sell out like the men. The women of country music respect themselves just fine. It’s the male performers of country music, their industry counterparts, and the women who fawn on them that are driving this trend.

And I’m mad as hell about it.