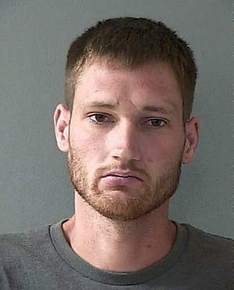 The summer is heating up, and so are the disturbing stories surrounding the behavior at mainstream country music concerts. In 2014, concert conduct became a big concern as statistics and specific stories flooded in as the summer rolled on, and 2015 is shaping up to be just as concerning, if not more.

A suspect from Nevada County, California has been arrested in connection with a rape at a Brad Paisley concert at the Toyota Ampitheater near Wheatland, CA on June 12th according to the Yuba County Sheriff’s Department. 28-year-old Dallas Joshua James Myers was arrested for drugging and raping his victim at the concert. He was processed at the Wayne Brown Correctional Facility, and was released on $100,000 bond.

Authorities say the woman had become extremely drunk at the show to the point of vomiting, and then fell asleep in the car of Dallas Myers. Myers then removed her clothing and had sex wit her, reportedly putting sun shades over the windows of the vehicle so passers by would not see. He was also accused of rape in March of 2014, but charges were never filed. Myers had met the woman previously on social media.

Another Brad Paisley concert earlier this summer at the Sleep Train Amphitheater in the San Diego suburb of Chula Vista resulted in a whopping 91 arrests, mostly for underage drinking. Some wondered if the arrests had more to do with a dedicated crackdown by Chula Vista police as opposed to a behavioral problem at the concert. However a similarly-attended concert at the same venue a month before—the 93.3 Summer Kickoff Concert featuring Pitbull, Meghan Trainor, Jason Derulo, and more—only saw 18 arrests.

Meanwhile the big story coming out of the most recent weekend was the 25 arrests, and 250-300 ejections at the Kenny Chesney and Jason Aldean concert at Lambeau Field in Green Bay. A collection of police scanner chatter from the concert illustrating the level of depravity and drunkenness at the concert has since gone viral. When asked to compare the behavior at the concert to Green Bay Packers games, Capt. Paul Ebel said, “I don’t recall, in my 27 years ever having a game where we were this busy.”

A security guard was also arrested for assault at the Taste of Country Music Festival earlier in June. Bruce D. Belfer was arrested on June 13th for allegedly kicking a 21-year-old in the face and hitting him with a blunt object. The victim was said to have suffered major facial injuries. Belfer was charged with felony assault with a weapon.

The country music concert season has also seen its first fatality. Billy Jason Carson barreled his Toyota 4-Runner through the crowd at a Trace Adkins concert at the Trails End Campground in Huntsville, Tennessee on May 23rd, killing one person and injuring three more.

In many of these cases, it is difficult to blame the performers or venues whose names are tied to the incidents. But the dramatic rise in poor behavior at country concerts appears to be on the rise.