Ray Benson Brings Out The Stars for Annual Birthday Bash 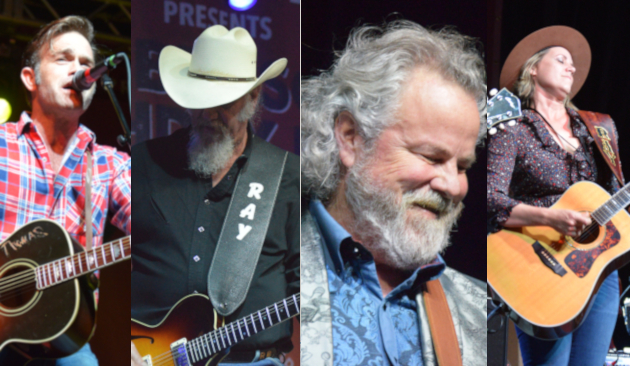 For the benefit of the Health Alliance for Austin Musicians, or HAAM, Ray Benson hosted his 19th annual birthday bash Tuesday night (3-12) in downtown Austin, which also acts like an unofficial kickoff party for the country side of SXSW. Benson assembled one hell of a talented lineup to come out and play, with each participant offering a few songs backed by one of the best, and one of the most versatile bands in music, Asleep At The Wheel.

Katie Pruitt and Robert Ellis kicked things off as the crowd began to arrive, and by the time Jamie Lin Wilson took the stage to perform “Stars in Oklahoma” written with Evan Felker of the Turnpike Troubadours, the crowd was full. Ben Dickey, who portrayed Blaze Foley in the recent biopic about the Austin musical legend came out to play a few songs after Ray complimented him on his acting job. “When I saw the movie, I said ‘Whoa, are you sure you’re not akin to Blaze?'” Benson knew Blaze, and lived down the street from him at one point.

Wade Bowen, who took time from recording Hold My Beer, Vol. 2 with Randy Rogers, showed up to play the Guy Clark classic “Dublin Blues” and Lefty Frizzell’s “If You’ve Got The Money I’ve Got The Time.” Chris Shiflett of the Foo Fighters and a part-time country career, and a popular country music podcast Walking The Floor, played the podcast’s namesake made popular by Ernest Tubb. Ray Benson’s appearance on Shiflett’s podcast is considered one of the best episodes by many.

Dale Watson, who recorded a duets album with Ray a couple of years ago, came out to sing “Feeling Haggard” from that record, as well as one of his signature songs, “I Lie When I Drink,” and a pretty killer version of “Are You Sure Hank Done It This Way” that Asleep At The Wheel absolutely mauled.

Then crowd was thrown a curve ball, but one they were quite appreciative of when Ed Roland of Collective Soul came out, accompanied by Brendon Anthony, who is the director of the Texas Music Office on fiddle. Roland sent the crowd back to the 90’s with renditions of “The World I Know” and “Shine,” which Rowland sang with his son and songwriter Lindsey Kris. They finished with “December,” with Ray Benson unabashedly shifting into rock star mode, and blazing out a solo with a big smile on his face. Ray said “December” was the first song his own son had learned on guitar, and he knew it well.

Robert Earl Keen was also one of the big names to show up at Ray’s behest, playing “If I Were King,” and Willie Nelson’s “The Party’s Over.” But the two performers who arguably made the biggest impression were Waylon Payne, and Randy Houser. Payne—who is the son of Jody Payne and Sammi Smith—is a songwriter who has written for Miranda Lambert and Lee Ann Womack recently, but proved why he had a major label deal back in the early 2000’s, and probably should still to this day. Such passion and musicianship should not be relegated to the liner notes of records.

Randy Houser is the leader in the clubhouse at the moment for Comeback Artist of the Year in 2019, and he proved why with incredibly soulful and twangy performances of “What Whiskey Does,” “No Stone Unturned,” and then an homage to Willie with “Good Hearted Woman.” A year or two ago, Randy Houser would have stuck out like a sore thumb on a Ray Benson Birthday Bash lineup. In 2019, he felt like the superstar of it.

High compliments also must be given to Asleep At The Wheel. Katie Shore‘s fiddle and 1000-watt smile kept things hopping all night. And when your stand up steel player can pick up a saxophone and wail on “Seven Nights To Rock” like Eddie Rivers can, you know you’re in the company of a musical legend. Asleep At The Wheel finished with “Happy Trails” and the “Texas Playboys Theme,” and much money was raised for HAAM, which helps give Austin’s working musicians health insurance they may otherwise not receive. 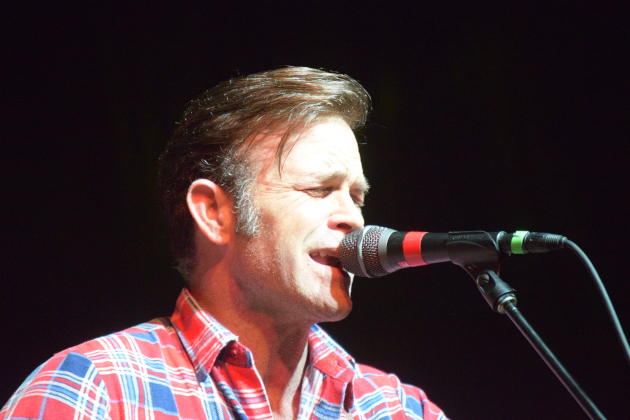 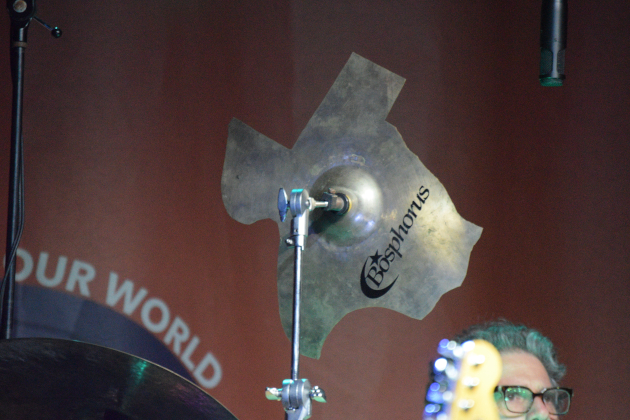 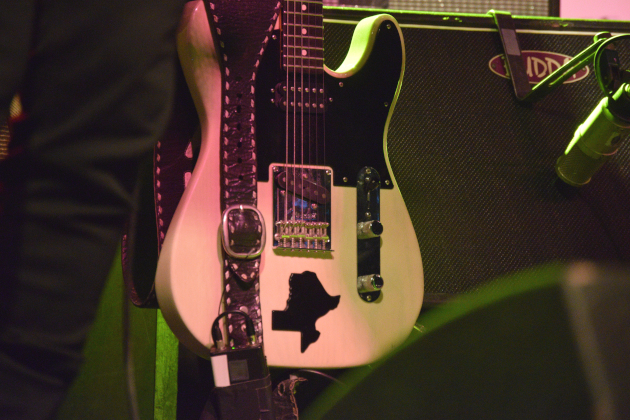