What the forces that would sway popular American music to only focus on youth fail to regard is where simply the tone of a voice and the visage of a legendary performer can evoke such a reverence and place such immeasurable weight of an entire remarkable career behind it that an immediate elevation of whatever music being performing occurs in a measure that could never be challenged by the simple exuberance of youth.

2014 has been a retrenching of sorts for many of country music’s legacy artists. Dolly Parton and Billy Joe Shaver have released albums after multi-year hiatuses from the studio, and to high praise and successful chart performances. The release of Johnny Cash’s lost album Out Among The Stars treated classic country fans to an entire album’s worth of unheard material and collaborations with stars who’ve passed on, including Waylon Jennings and June Carter. 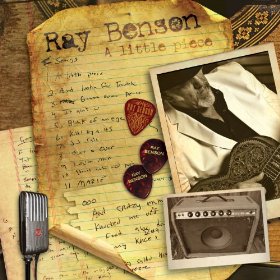 The song “It Ain’t You” off of Ray Benson’s album A Little Piece continues this trend of offering both something unheard, but something wrought during the living era of a legendary artist, and paid forward with reverence and care by those still around who are inspired by their legacy.

Originally written by Waylon Jennings with Gary Nicholson, “It Ain’t You” was never recorded, and was relatively unknown except to a select few for many years. When Asleep At The Wheel frontman Ray Benson was looking for material to release on his first solo album in a decade, the song was suggested to him by Sam “Lightnin'” Seifert who co-produced the effort with Lloyd Maines. Benson was blown away that nobody had ever recorded the “undiscovered gem,” and he called up Willie Nelson who agreed to do the song with Ray. Willie recorded his part in his Western ghost town of Luck, TX. With Ray being 64, and Willie being 81, but both performers being very much in charge of their faculties and charging forward with their music careers, the pairing was perfect to embody the theme of “It Ain’t You” about growing old but staying young.

“It Ain’t You” is exquisitely written, and makes one wonder how this song went unheard for so long. It has the similar self-reflective and age-recognizing tone of other Waylon-performed songs like “Memories of You And I”—pondering one’s own mortality and how age sees the sifting of abilities through your fingers. At the same time there’s a defiant strength woven through the lines; a reassurance that even though wrinkles may appear on the surface, the soul of a man continues to become refined over time.

The music, and both Ray Benson’s and Willie’s performances are chilling enough, but the video for “It Ain’t You” takes it a step further, fully understanding what’s at the heart of the song, and pulling out all the stops to not only do the song justice, but enhance the experience through the visual medium. The wisdom of knowing what the simple sight of Willie’s battle-worn hands can stir in the beholder, while crafting a way to capture the spirit of the long-time friendship between Ray and Willie so purely is worth watching even if the song itself doesn’t strike a particular chord with the listener.

Even without the legacies of Ray Benson, Asleep At The Wheel, Willie Nelson, Waylon Jennings, and Gary Nicholson behind it, “It Ain’t You” would still be a song for the ages. Like the song’s writers, caretakers, and performers, it is destined to grow in stature over time.

Purchase “It Ain’t You”