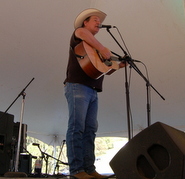 It’s funny how fate deems certain artists worthy of national recognition, while others work away in a small circuit of local bars their whole lives without their names being recognized outside of the city limits. Some artists labor greatly to attain national recognition, even if it is in scenes revolving around the internet, while others are content with being local legends. And then there’s talent, which doesn’t always match up with recognition. In fact it rarely does.

Ray Lawrence Jr. was graced favorably by recognition when Hank Williams III put two of his songs on his last album Ghost to a Ghost. Since then Ray has seen quite an uptick in attention and has toured some nationally and played some bigger shows outside of his home state of Arizona. But the appeal of Ray Lawrence Jr. is that his music still embodies the warmth and familiarity of the old local honky tonk Shakespeare that sits in the corner of the bar and slays you with the sincerity of their songs, never wanting anything more than to make music for friends and neighbors.

From Homeless to Hank3: The Story of Ray Lawrence Jr.

Like Chris Knight, Ray Lawrence Jr. is a simple man who has this sensational talent to be able to put defining moments of the human experience to words and music in a way that rekindles the feelings of those moments. Ray’s simplicity becomes his strength by imbibing his music with a blue collar, colloquial grace. Since Ray’s wisdom isn’t defined by a Master’s degree or a master vocabulary, it manifests itself in a cunning wit that takes themes and language culled from real life experiences, and weaves them into high art through honesty and authenticity of expression. Ray Lawrence Jr. has an experience and writes a song about that very experience in his own words. There is no degree of separation that dilutes the soul from the original experience in the song. 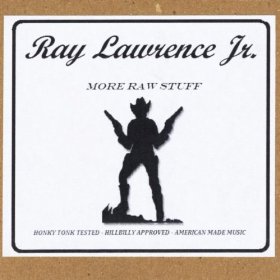 As the album title implies, More Raw Stuff accompanies Raw & Unplugged that Ray released as the first album with this stripped-down approach. But don’t let that imply that these songs are warmed-over seconds. More Raw Stuff has some of Ray’s most impressive works, including what I consider one of his crowning songs, “Homeless.” The excellent story and moral, the engrossing walking guitar part, it all embodies what makes Ray a songwriter and performer worth paying attention to beyond the Arizona border.

As More Raw Stuff also implies, this album is just Ray, his guitar, and a microphone cut open with a little bit of reverb. This approach will be a little too raw for some, and my sense when listening to this record is that Ray’s vocals could have been balanced with the guitar a little bit better, and his vocals a little more clear. But this album is about the art of the song, and the stripped-down approach of the recordings facilitate that focus. Ray and others who prefer this simple method to album making would probably benefit from taking the time to produce a more fleshed out sound. But a basic recording is better than none, and the bigger imperative was to get Ray’s songs to our ears and make them a matter of public record.

Country songwriting doesn’t get much better than Ray Lawrence’s “Piece of Paper.” If it wasn’t for Ray’s humble nature, you’d swear he was showboating in how he can take a common article and use it to articulate such an acute sense of heartbreak. “A Time That I Loved In Vain” has a real classic, timeless feel, and though you don’t think of Ray as an ace singer, his voice hits a sweet, soulful spot in “The Right Time To Leave You.” “Dicken’s Cider” and it’s alternate meaning is another masterful display of Ray’s wit, and though overall this is an album of heartbreak, there is an underlying sense of hope in many of the songs, especially in “Another Wedding Vow.”

The approach may be simple, and the music may be raw, but Ray is now two for two in proving he deserved the greater recognition Hank3 bestowed him, and worthy of a wider ear than what his local bar can tender. Ray Lawrence Jr. is America’s local honky tonk singer.