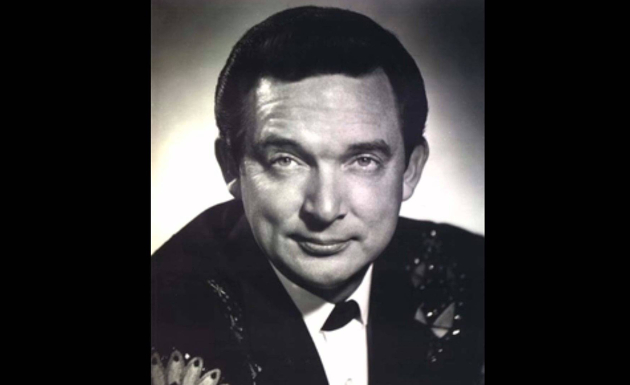 The estate of Country Music Hall of Famer Ray Price is currently locked in a contentious legal battle, and the outcome could have ramifications upon the ownership of his music masters, and many of the artifacts that help tell the story of his legendary career.

The dispute is between Ray Price’s wife of 45 years—Janie Mae Price, who married Ray on June 11, 1970 after Ray divorced his first wife—and Ray Price’s son from his first marriage, Clifton “Cliff” Price. Ray Price passed away on December 16th, 2013 at his home in Mt. Pleasant, Texas after a prolonged battle with pancreatic cancer.

Though a probate dispute over the Ray Price estate had long been rumored, both parties kept the court battle out of the public eye until Janie Price recently began to address the issue on the official Ray Price Facebook page.

Janie Price first posted about the issue on September 21st, 2016 in a long letter to Ray Price fans. The letter stated in part,

It is with reluctance and a sad, sad heart that I come to you. As you know, Ray Price and I have always kept our private lives and affairs very private. An event beyond my control has occurred. PERSONAL INFORMATION has been leaked. Our practice has always been to come directly to you, THE RAY PRICE FANS and inform you first.

My COURT BATTLE began when a GUARDIANSHIP LAWSUIT was filed by an unscrupulous lawyer in an attempt to steal everything from Ray and me before Ray died. Without following the legal Rule Of Law, our County Judge Approved and Granted Guardianship. He appointed a Guardian Ad Litem over Ray. This man actually walked into our hospital room with these documents and announced that he was there to remove Ray from the care of his Specialist and me and take him to some undisclosed location. Ray’s medical care would not be under a medical doctor but under a nurse practitioner, also appointed by the Judge. Ray’s wonderful and caring Doctor who was present, told this man that he was in charge of Ray Price’s medical care and NO ONE would be taking Ray anywhere.

This lawsuit was dismissed BUT a new Lawsuit Contesting Ray’s Will was filed by the same HEARTLESS ATTORNEY at 7:58 AM the morning after my Dear Husband passed away! I was thrown into a vicious legal Battle BEFORE I COULD EVEN PLAN RAY’S FUNERAL SERVICE.

Court documents from the probate court in Titus County, Texas obtained by Saving Country Music show that on December 17th, 2013—the day after Ray Price passed away—Cliff Price filed an application for probate of the Ray Price will. Janie Price responded formally to the court on December 30th in opposition.

This set into motion a protracted legal battle where among other things, the possessions of the Ray Price estate were ordered to be inventoried for potential liquidation. After many delays, the inventory was finally taken and received by the court in August of 2015.

“I am devastated to tell you that A Texas Statutory Probate Judge appointed a Receiver over the Entire Janie Price Estate, with power to Take Control Of, Take Possession Of, and The Sale Of ALL ASSETS,” Janie Price said in her Facebook post on September 21st, 2016. “He has already removed from my home All Of the Ray Price Master Recording Tapes and Ray’s entire Gun Collection. My attorney is shocked and in disbelief.”

Court documents show that in September 2016, Janie Price formally appealed the Statutory Probate Judge’s ruling against her, and in favor of Cliff Price to the 6th Court of Appeals in Texarkana, where the case is awaiting to be formally heard. Meanwhile the Ray Price estate, including his song masters and other important assets, remains in limbo.

Janie Price also posted other more recent updates on the court battle via the Ray Price Facebook page, but it appears all of her posts pertaining to the court battle were taken down on October 12th. Janie spoke in depth about the inherent unfairness of “the Texas Probate Guardianship and Receivership Laws” and how they’re used “to rob the entire estates of Both The Deceased Person and The Surviving Widow and Family.”

However in her multiple posts, Price never mentions that the plaintiff in the case is Ray Price’s son Cliff, who publicly addressed a dispute with Janie around the death of Ray Price, saying that she had locked him out of the will, and was refusing to let him see Ray during his final days.

The day before Ray Price’s death, on December 15th, Cliff Price reported via Facebook that his father had passed away. Upon Cliff Price’s post, multiple outlets, including The Tennessean, Saving Country Music, and many others, posted obituaries for Ray. However Janie later disputed this news, saying Ray was still holding on. Cliff later apologized and clarified, saying he had been “deceived by some cruel people” that his father had passed away before making the post. Ray had been dismissed from the hospital days before to spend his final moments in hospice care at his Mt. Pleasant home. Ray’s death the next day was confirmed by Janie Price.

Often in contested estates, the assets are ordered to be liquidated by judges looking to divide assets and resolve the dispute. However when the dispute involves a celebrity or historic individual as is the case with Ray Price, the liquidation of the assets can result in dispersing important artifacts and intellectual property that cannot be replaced and has significance to the public. This is what happened with the estate of Conway Twitty. The estate of Glen Campbell is also currently immersed in a high-profile dispute.

Janie Price says she intended to use items from the Ray Price estate in a museum for the Hall of Fame singer. “Although I am utterly exhausted, I will not waiver in my determination to continue the fight to preserve The Ray Price Legacy,” Janine said on September 21st. “I will roll up my sleeves even as they are literally destroying me and keep working.”

Meanwhile an appeals court in Texarkana may have the final say on if the Ray Price estate will stay in one piece, be distributed equally, or end up on the auction block and liquidated to the highest bidder.