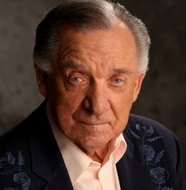 Country music legend Ray Price is heading to his ranch in Mount Pleasant, TX after an extended stay at the hospital to spend his final days at home according to doctors and Ray’s wife Janie. Ray has been at the East Texas Medical Center in Tyler, TX, dealing with complications from a long fight with pancreatic Cancer. Ray was discharged from the hospital today (12-12-13). Janie Price says Ray chose to spend his final days on his “beloved ranch surrounded by the comfort of his home, family and friends.”

Ray was diagnosed with pancreatic cancer in November of 2012 and began receiving radiation treatment. By February of 2013, the cancer was in remission and Ray was back performing, but the Cancer came back, and complications from the treatment have kept Ray in and out of the hospital for the majority of the year. Earlier this year, Ray was given the choice to have surgery that would place him permanently in a nursing home, and elected to forgo the procedure.

Ray has released a final message to his fans:

I love my fans and have devoted my life to reaching out to them. I appreciate their support all these years and I hope I haven’t let them down. I am at peace. I love Jesus. I’m going to be just fine. Don’t worry about me. I’ll see you again one day.

His wife Janie has also released a message:

Ray is alert and aware of his surroundings and making decisions. With God’s blessing he has not had extreme pain. But it’s with great sadness that I announce to you today that my beloved husband has entered the final stages of his cancer that he has battled for 25 months. Anyone who knows Ray is aware that he has strong convictions and great faith in God. It’s his decision to leave the hospital and return home to spend his final days on his beloved ranch surrounded by the comfort of his home, family and friends.

Ray Price was inducted into the Country Music Hall of Fame in 1996, has two Grammys, two ACM Awards, and a CMA Award for Album of the Year from 1971. Ray continued to perform all the way up to this year. His most well-known songs include “Crazy Arms”, “Heartaches by the Number”, “Release Me”, “For the Good Times”, and “Night Life” written by his good friend, Willie Nelson. Ray Price released of 50 albums, and had eight #1 singles throughout his storied country music career.