Nearly three weeks after the passing of country music titan Ray Price on December 16th, and his wife Janie Price has published a very touching letter to Ray’s fans about her husband, and the days proceeding his death. Ray was remembered in public memorials both in his home of Mount Pleasant in east Texas on Saturday, December 21st, and in the Dallas suburb of Richardson on December 28th. 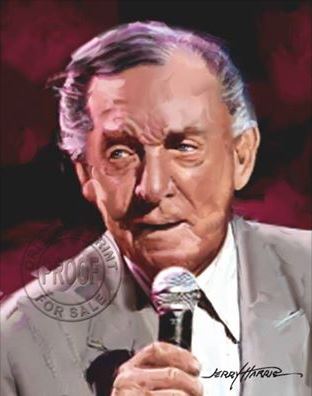 I wanted to stop by for just a moment to tell you that I am just now able to speak to you.

Only God knows how I was able to make all of the arrangements for the first Memorial Service, the Funeral and the Entombment at Restland.

The hardest part of all was walking into our home alone and looking at Rays favorite chair empty and knowng I will never see him there again.

I have been confined to bedrest under Doctors orders for extreme exhaustion. I am slowly recovering but still so very tired.

Ray had been hospitalized over and over again since January, 2013. Of course, as you know, entirely for the last three months.

Ray fought bravely to live for as long as he could. When we were given the Ultimate End Of Life Prognosis by the Doctors, I watched as Ray simply accepted his fate.

Ray made every final decision for the end of his life decisively with the same poise and confidence he displayed every time he stepped center stage, picked up a microphone and began to sing,

Ray faced Death with an unflinching bravery that astonished every person in his presence up to the very last breath he breathed.

I was reminded daily of the reasons I had given up a golden
opportunity to have my own career so many years ago and had so carefully chosen this man to be my husband. Ray prepared me for facing all of the perils of a marriage to a famous country music star. He left me with a warning of how disastrous the end would be.

Rays Love For Me Has Sustained Me. I Chose Ray Because Of His
Kindness, Gentleness, Strength And Courage.

I Pray I will regain my strength and that I will be able to go forward with the plans and dreams that Ray entrusted me to carry on for him.

I Am So Proud To Tell You That I Am Mrs. Ray Price!

Blessings To All, Janie Price