Even if Ray Wylie Hubbard isn’t a name that your girlfriend or boyfriend or co-worker recognizes when you’re trying to explain what kind of music you like, there’s little doubt you could name someone whose songwriting or sound was influenced by Ray Wylie that they would know. 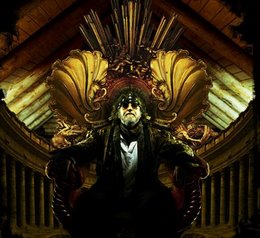 Down here in Texas they call him Wylie Lama. Musicians flock from all around the country and world to see if some of Hubbard’s songwriting prowess or production ear can rub off on them. And musicians from all over the spectrum. People like Hayes Carll, whose new album KMAG YOYO is getting tons off buzz, to The Black Crowes front man Chris Robinson.

Hubbard was once dubbed “The Forgotten Outlaw”. If he was forgotten, it was by the mass appetite of the passive American music consumer. Whether it was in the 60’s when he was hanging out with Michael Martin Murphey and Rick Fowler in New Mexico, or a few years later helping form the Austin music scene with Jerry Jeff Walker, or getting talked into sobriety by Stevie Ray Vaughn in the late 80’s, or helping shepherd Hayes Carll and Cody Canada today, it is hard to call Hubbard “forgotten” amongst the music makers of any generation, or genre if its based in roots.

With such respect and such a network of musician friends, if Ray Wylie wants to throw a little bash between Austin and San Antonio, pack it with big names, and still keep the price at a quarter of a C-note, he can do so. Because he’s Ray Wylie Hubbard. Check out this lineup for his 3rd installment of the Grit N’ Groove Festival in New Braunfels, TX on April 2nd: 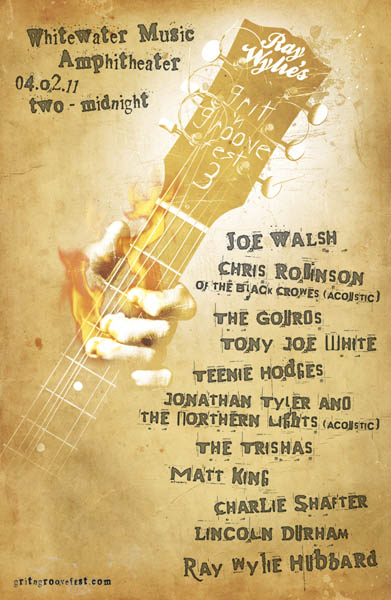