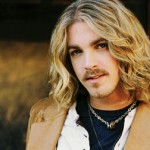 That’s right ladies and gentlemen, your hero, the lord of underground roots, the savior of independent music, Shooter Jennings, is releasing a duet single and video with the most pop-ity pop of pop country uber douches, the “Nickelback of Country Music”, American Idol’s Bucky Covington. The song is called “Drinking Side of Country” and all indications is that it will suck hard enough to send a golf ball through a garden hose.

For those of you who have no idea who Bucky Covington is (and I would like to think that is the majority of the Saving Country Music readership) you could make a serious case that he is one of the worst artists pop country has ever seen, from numerous perspectives. The only difference between Bucky and Jason Aldean is people actually listen to Jason Aldean. There’s nothing more failed than a failed pop country star, and that is what Bucky Covington is.

Last week folks were in a tizzy because Jason Aldean dropped the tidbit that he simply listens to Nickelback. Ha! Bucky has him beat by 1000 miles. In 2010, Bucky Covington actually recorded and released an entire Nickelback song, “Gotta Be Somebody.” And no, this was not just as some demo bonus track, it was a full fledged radio single with a big budget video. Watch, if you dare:

The world first learned about Bucky Covington’s flowing locks of highlighted hair and his Dirk Diggle mustache when he was a contestant on American Idol in 2006, finishing 8th. Since then he’s been slaying America with his bland and generic take on the most formulaic of pop country and garnering tepid commercial success. He’s also pretty notorious for being dumb. In April of 2010, he recounted a story to The Boot about actor Billy Bob Thorton, proving just how dumb he is:

I went to his house and hung out drinking lukewarm Coronas. This guy is the epitome of cool. We were talking movies and music, and he brings up the movie ‘Sling Blade,’ and I said, ‘Were you in ‘Sling Blade’? That was a great movie!’ And he thanked me. I asked who he was in ‘Sling Blade,’ and he said, ‘Carl.’ I said, ‘That’s the main character!’ I didn’t even know he was in it! But actually technically that’s a huge compliment to an actor, that I watched the movie, and I didn’t know it was [him]! And he wrote the dang movie as well!

Bucky also has a twin brother, Rocky, and together they like to do stupid shit and then lie about it to the cops. In 1998 they were arrested for hit and run, leaving the scene of an accident, resisting arrest, giving fictitious information to a police officer, and driving with a suspended license. Brother Rocky was in a car accident and had a suspended license at the time, so he dialed up Bucky who raced over and told the 5-0 that he was actually the one driving. The cops sniffed it out, and eventually they confessed. Then in July of 2011 they both were charged with grand theft for stealing $1,500 from the cash box at a Florida show. The charges were later dropped from lack of evidence.

Shooter Jennings has been trying his little heart out to earn scene points with the “roots” underground after his glam rock, industrial rock, and mainstream country projects tanked. So why now is he buddying up with Bucky Covington? Because of corporate politics and cross marketing. Both Shooter and Bucky are signed to Entertainment 1 Records, which ironically is one of the biggest hip-hop labels in the world. As much as Shooter wants to talk a big game about how corporate music sucks and he’s for the little guy, here he goes trying to re-cultivate his mainstream legitimacy. Or even worse, he’s doing it because he wants to.

But I don’t blame Shooter for pairing up with Bucky Covington. That is what he should be doing. When it comes to country, Shooter has always been a mainstream artist with mainstream songs. Where he doesn’t belong is acting like he fits into anything that is related to underground roots music. He doesn’t record DIY. He releases his music through big corporate labels. And up to 18 months ago, he admits himself had no idea underground roots music existed.

And no, Kellie Pickler’s name is not relevant here. Apparently she has a cameo in the Shooter/Bucky duet video and she used to be an American Idol pop country product too. And yes, I’ve grown very fond of her last album 100 Proof, but nobody is saying Kellie Pickler should do a duet with Hellbound Glory or headline the Muddy Roots Festival. That would be out-of-context, just like anything Shooter has to do with “underground” country. And if this Bucky Covington business doesn’t make you realize that, then you have been completely duped by the Shooter Jennings cult of personality.

And sure, Bucky Covington could’ve had a change of heart about his music just like Kellie Pickler did, but this duet song “Drinking Side of Country” is an old song Bucky released in 2010. It’s not new. It’s a stupid laundry list country song, and even worse, he named drops “Outlaws” in the song. Yes, Bucky Covington, Bucky Covington is talking about Outlaws, the same thing Shooter Jennings called out in his song “Outlaw You”. The hypocrisy is so incredibly-thick and undeniable around this song, but we’ll deal with the actual content of the song in due course, trust me. Meanwhile check out Bucky’s effeminate moves in the original version of “Drinking Side of Country” that make Luke Bryan look like a lumberjack:

And for all the folks that will say, “Gee Trig, why you always gotta be so negative?” I have no choice in this matter. My hand is being forced. When some artist who is touting themselves as a product of the underground/independent world cuts a duet with Bucky Covington filled with hypocrisy, or points a tank at the Country Music Hall of Fame, or promotes a Waylon song turned into a rap song, or buddies up with The Moonshine Bandits, I have no choice but to put as much distance as possible between those actions and myself.

I don’t think that Shooter is without talent. He has some good songs, and I recognize he is trying to do some things to help promote smaller bands. But the road to hell is paved with good intentions. And furthermore with Shooter, it’s the disingenuousness, it’s the talking out of both sides of his mouth, it’s the wanting it both ways, it is the Svengali-ing of independent artists by acting like he has any means to help them “make it” when really he’s using them to be promoters of his cult of personality. It’s the manipulation. And I’m sure Shooter will say, “Let me explain”, just like he says every time he makes a dumb move in his career.

Sure, Shooter has gotten some scant play in dark recesses of the dying corporate radio world in severely off-peak hours for some artists. This whole cross-exposure back scratching scenester bullshit isn’t outreach, it’s simply people trying to prove how cool they are to each other. Shooter doesn’t have the power to increase the exposure of any act any more than anybody else. And since he is a wickedly-polarizing character (who likely will even become more polarizing after this Bucky Covington mess), for every fan the Shooter Jennings name may bring to an artist, it scares away two more.

And no, “Hey I met Shooter, and he seems like a nice guy,” is no excuse for his endless string of bad decisions and overt hypocrisy.

There is no Shooter/Triggerman rivalry. He is an artist and someone rying to further his career, and I am a writer whose charge it is to tell the truth the way I see it. And right now, the truth in my eyes is that Shooter has no compass, no principles, will do and say whatever he thinks he has to to create support and traction in his career. And that has always been the case with Shooter, throughout his career, along with coming very close to stealing ideas and personas. Shooter cutting a pop country laundry list song with Bucky Covington is him jumping the shark, and showing his true colors.