Reasons To Be Thankful For ABC’s “Nashville” 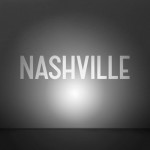 ABC’s new drama Nashville just signed on for a full season of shows, and has been winning its time slot in the ratings virtually every week since its inception. As canned as the drama may be, as ugly of a construct of modern TV as it may be, and as dirty as it may make anyone feel for watching it (or even enjoying it), it’s safe to say the show will be around for a while. And with its continued popularity, it will likely have a keen impact on American culture.

So what positives could come from the show? If you take away all the drama between the characters that’s really the central focus of the series, what you have is the biggest inside look into the business of country music ever released to the public through popular media, and a vehicle for presenting new music to millions of folks. The ugly trappings of Nashville go with out saying. Here are some of the positives.

I have to hand it to the show’s music czar T Bone Burnett. I’ve always been on the other side of the silly love affair the Americana world has with this man, but he’s been showing tremendous breadth of music knowledge so far in the series. I thought we’d see a healthy dose of the usual suspects of Americana in Nashville; the same names who win all the AMA awards annually and feel very much like an exclusive crowd. Instead we’ve heard from such outliers as Shovels & Rope and Lindi Ortega.

Sure he could always dig deeper, and I’d love to see some of that independent love extend to the country, Texas, and Red Dirt worlds. But we have to understand this is the big time here. The bump even a 30-second snippet of music or a quick appearance from an artist can give to their name can be immense, not to mention the mailbox money ABC pays out to use a song.

And it hasn’t just been independent, rising-stars getting love from Nashville. Oldtimers like Del McCoury and behind-the-scenes musicians like Sam Bush have enjoyed cameos, while clips from country legends like Tammy Wynette have weaseled their way onto the soundtrack. Nashville is exposing all the alternatives to mainstream country: past, present, and future.

Important Nashville landmarks, from The Country Music Hall of Fame and the Ryman Auditorium, to cool little independent night spots in east Nashville and on lower Broadway are getting favorable face time through the series, and it’s hard not to see how if the show remains popular people won’t make it a point to visit these spots when they visit the city. Sure, this can have a negative impact too, taking away the exclusivity or authenticity of some of these venues in the long term (see Tootsie’s Orchid Lounge). But the series works as one big infomercial/tourist brochure for Music City that will likely result in a positive economic impact.

UPDATE (11-29): Last night’s Episode 7 featured two very important Nashville landmarks, The Ryman Auditorium, aka “The Country Music Mother Church”, and Layla’s Bluegrass Inn, a venue that was at the very heart of the formation of underground country. It also featured a cameo of Hank3’s bass player Zach Shedd.

Terms like “opener,” “co-headliner,” “Autotune,” and “demo” are commonly used on the show, and will become familiar vernacular to the mainstream fanbase that otherwise just waits for the superstar to take center stage and generally thinks that all the rest happens by magic. The whole process of how an album is put together or a big time tour is assembled is showcased as the backdrop to Nashville’s character drama. Songwriter characters play major roles in the show, articulating to viewers the evolution of how a song goes from the page to the stage.

Let’s face it, most mainstream music lovers have little idea where music actually comes from, and standard procedure in mainstream music is to keep all of that behind the curtain. Now through Nashville, the general public sees that it takes seasoned musicians in the studio and at the back of the stage to make an album or a show happen, and that sometimes these people are just as important to the process as the stars. They now know those hit songs are written by other people, many who struggle just to make ends meet, who have to work second jobs and who aspire to be stars themselves.

Nashville has met the issues concerning aging talent head on, and how that talent is mercilessly dealt with on the business side. Sure, the show may not offer any solutions to these problems in the short term, but when people watch Nashville and then see aging artists on the stage or hear about them losing record deals or see young stars come up that may not be talented than the older ones, they will understand on a more intimate level why that is happening. And traditionally, educated consumers make better choices. Nashville is music education through osmosis. It is the music equivalent of hiding your dog’s medicine in a piece of cheese.

We are now about a year or so removed from music’s lost decade that spanned the majority of the 2000’s. There are many things to blame for what happened to the music business: the slow move to digitization, the lack of talent, a slow economy, the ever increasing mergers and acquisitions that make the majority of the corporate music world controlled by fewer and fewer people.

But during this period I think overall the American culture was evaluating what the role of music was going to be in our lives moving forward. Sure, when music is harder to get, not as good, and you don’t have as much expendable cash to spend on it, there’s going to be a pullback. But we don’t talk enough about how the entire traditional music industry was teetering on collapse, and how in the last year or two it’s completely pulled out of the tailspin. And also, that one possible way the music industry righted the ship was by offering a slightly better product.

Aside from all the specific factors, I believe part of the reason for the music industry reversal is because people want music to play an integral part in their lives, whether their tastes and dispositions lie in the independent world, the mainstream, or somewhere in between. And that’s why the music of Nashville is such an integral part of the show, and why the show represents all aspects of it.

Music is back, and the success of Nashville proves that, and is in part because of the show’s independent focus, not in spite of it, proving that the independent music world can gain widespread mainstream acceptance if only given a chance.