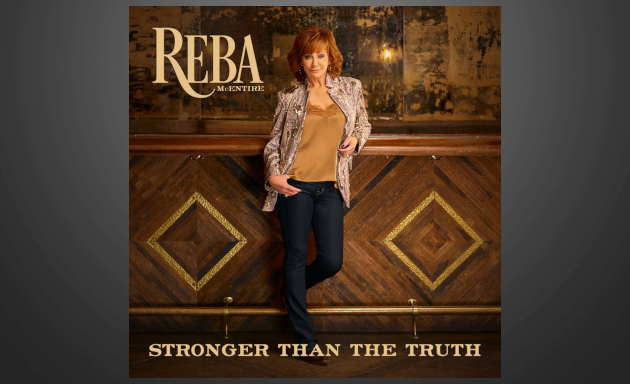 Reba McEntire has a new album coming out on April 5th called Stronger Than The Truth, and she’s promising fans that it will be the most country record she’s done in a long time, if not in her career. That says a lot considering just how country many of Reba McEntire’s earlier albums were, even though later on she spent some time dabbling in the pop realm.

Back in October of 2018, Reba first hinted about the album, saying “I’m really excited about getting back in the studio, working with Buddy Cannon on a new project. It’s gonna be probably the most country album I’ve ever recorded.” Then when announcing her new record, Reba doubled down, saying, “This is the most country record I’ve done in a long time and I can’t wait for you to hear it.” If you’re a true country fan, Reba’s saying all the right things.

Along with Buddy Cannon, Reba co-produced Stronger Than The Truth, and also boasts a handful of co-writes in the track list. Other notable songwriting contributors include Erin Enderlin, Ronnie Dunn, Hillary Lindsey, and Brandy Clark on a song called “Tammy Wynette Kind of Pain.”

“The response to ‘Sing It Now: Songs of Faith & Hope’ reinforced my love for recording songs that speak to the heart,” Reba says. “So when I started selecting songs for this album, I stuck with that same formula—go with the songs that touch my heart, and hopefully when you hear me singing it, they’ll touch yours too. That honesty once again revealed itself. I grew up on an 8,000-acre family ranch singing at dance halls, honky-tonks and rodeos with my brother and sister. ‘Stronger Than The Truth’ takes me back to that kind of country music that I grew up with. I haven’t gotten to do that in a while, so I’m thrilled to pieces to release this new music.”

The album will be released on Big Machine Records, which Reba has been working with in recent years. But there is no mention of the NASH Icon imprint that originally signed her to the company, potentially validating the rumors that the imprint has been mothballed, or at least downgraded amidst the bankruptcy reorganization of Big Machine’s partner in the endeavor, radio station company Cumulus Media.

The title track for the record will be released on Friday, February 15th.