You can call it country rap, or you call it hick hop (and some call it other things that are not so flattering), but a new company wants to coin the definitive term of what to call music that mixes country, rap, EDM, rock, and the rebellious culture of monster trucks and muddin’ that surrounds the movement. RebelCore is what they want it to be known as, and they are going to great lengths to make that the accepted term for the genre bending music, signing artists to a management company, promoting themselves through an upcoming clothing line, and potentially partnering with labels to make RebelCore the accepted term of the masses for country rap and all that comes with it.

Though the movement appears to be still in the early stages, plans for an association similar to the CMA or the Americana Music Association are part of their goals in an attempt to make RebelCore a “‘genre of music’ that represents artists, fans, and individuals in rap, rock, and EDM mixed with country.” According to iamrebelcore.com, the movement was started by two men, Chris James and Daniel “Gray” Creach “in partnership with MMG, Sound Kontrol, and Blu Ink Entertainment.”

According to Daniel “Gray” Creach, “As a country boy, born and raised in the south, the word ‘hick, redneck or hillbilly’ was always somewhat of a put down or when joking on each other. As a huge fan of this music and an artist myself, I’ve always felt ‘hick-hop’ was a very childish term and did not describe the true nature of this music. This music is rebellious to it’s core, revolutionary, and out of the box and I think the term RebelCore encompasses that. Ask most of your true country hip hop artists and they will tell you they personally hate that name ‘hick-hop’ for their genre but have had to just go with it because that is what the media decided they would refer to it as. I feel that the genre RebelCore will give the country hip-hop artist a new home, a new space to reside in. A place where the music they put they’re heart and soul into can be taken seriously and not feel embarrassed by a term that doesn’t describe the true rebellious, against the grain nature of country hip-hop!” 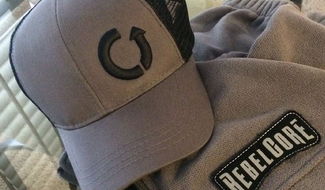 RebelCore at the moment has a management company that has signed multiple artists including one act called Psycho Billy Cadillac, and they plan to make their presence known as part of the CMA Fan Fest coming up the first week of June by launching their Rebel Core clothing line at the event. Their overall plan appears to be to unite the disparate terms and scenes that exist in country rap under a common cause and term.

Beyond the country rap songs of some of mainstream country’s biggest stars, the cross-genre movement has a massive grassroots network and many loyal fans, especially in rural locales across the country. Sometimes even without label representation or promotional budgets, country rap videos from artists like Big Smo, The Jawga Boyz, and The Moonshine Bandits regularly get hits in the millions from the sheer number of loyal fans of the music.

The music also fits seamlessly with much of the rural muddin’ and truck racing culture, illustrated recently when the largest label for country rap, Colt Ford’s Average Joe’s Entertainment whose roster includes the LoCash Cowboys, Bubba Sparxxx, and many more, partnered with the “Mega Truck” racing series. “We have always shared a common lifestyle fan base,” Average Joes CEO Shannon Houchins told The Tennessean. “This deal allows us to maximize the overall fan experience with a combination of big truck races and music as well as create bigger and better on-site marketing opportunities for our sponsors.”

The Average Joe’s truck partnership, just like RebelCore, once again emphasize that in 2014, entities in and around country music are betting big on the future of the genre, and are looking for dance partners and cross-platform collaborators to create empires and shore up their stake in the music.