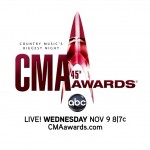 My overall grade of the 2011 CMA Awards would be “not terrible.” It goes without saying that not much that is “country” went down on the show, and if you take into consideration the wide spectrum of country talent, the artists that truly deserved to win the awards didn’t. But we could have had much worse results. Jason Aldean could have swept the awards, and ushered in a new era in country music where a country rap song was the reigning Song of the Year.

Instead what we got was a mish mash of winners that didn’t really offer any new definition or shift in mainstream country, and rather illustrate a continuance of the pop-orientented performers dominating the scene, likely resulting in the continuance of declining sales for country, and leaving it open to continued infection from other genres.

The Saving Country Music predictions went 7 for 9 (ish) on the night, with one of the first surprises coming early in the show, when the sister and brothers trio of The Band Parry stole the Song of the Year award with their easily forgettable “If I Die Young.” The award should have gone to Taylor Swift’s “Mean”, or to Colt Ford and Brantley Gilbert for the country rap made famous by Jason Aldean, “Dirt Road Anthem”. As offensive as some might find “Dirt Road”, it’s hard to argue there was a more popular, or a more influential song this year than it.

As you will always get with live awards shows like this, there are times when the facade of popular music is pulled back, and you get a chance to see what a charade popular music can be. Twice this happened last night, with Martina McBride clearly using a teleprompter, and Scotty McCreery lip syncing.

The opening performance featured the finest in cross marketing, which is the norm now for these awards shows, as a cabal of country pop stars peddled the soundtrack for the new movie “Footloose”. As much as Eric Church apologists want to preach how he’s never called himself an “Outlaw”, he was introduced last night by Brad Paisley as “Country music’s latest Outlaw.” And in one of the night’s most unusual offerings, in a situation that could have only come about with big payola changing hands, Lionel Ritchie got what is an eternity in award show time to feature duets with country stars on an album that won’t even be out for another 5 months.

I’m sure many will assume I’m only saying this because they think Taylor Swift is my new favorite toy, but she delivered the most tolerable performance of the show. On a night that featured a carnival of only the greatest excesses in over-production, including legions dancers barely clad in glitter, explosions, symphonies, and synchronized light and visual shows, Taylor did what many of the performers don’t have the skill set or the balls to do: unplug, sit down with their guitar and a Shure SM-58 microphone, and flat pick an original song.

And in a moment that illustrated remarkable contrast and lack of class, the next performance was the worst of the night, as Luke Bryan, the man most poised to knock Brantley Gilbert off the perch for being the official country music douche, led a troupe of whores dressed in volleyball shorts in an unadulterated sex romp that included dry humping chairs, dry humping the floor, and wizzing all over 100 years of country music tradition.

Country legends were scarce last night as you can imagine, but Glen Campbell did get a decent tribute. Hank Williams Jr. got some face time in a self-deprecating moment at the beginning of the show, showing some good nature about his Monday Night Football debacle. And Little Jimmy Dickens, dressed as Justin Bieber, got scant attention from a crowd whose majority had no idea who he was.

As easily anticipated, country pop’s first couple Miranda Lambert and Blake Shelton took home the male and female Vocalist of the Year trophies, Sugarland won Duo of the Year, Lady Antebellum won Group of the Year, and The Band Perry were the New Artist of the Year. When Jason Aldean finally won an award, it was a big one: Album of the Year, but the possibility of a Jason Aldean sweep had been avoided.

Now all that was left was Entertainer of the Year. If Aldean could reel that in, it would still solidify him as the most dominant force in country music in 2011. And sitting there with surprisingly no awards was Taylor Swift, who looked visibly angry when Miranda Lambert took Female Vocalist of the Year. If Taylor walked away with no awards, it might be as big of a coup as Aldean winning all of them.

In the end, Taylor won for Entertainer of the Year, which for me, was some weird version of a mild victory. I went into last night’s presentation ready to come here the next day and declare that the formation of the mono-genre was complete, and any last glimmer of taking back mainstream country music had been quashed. That still might be the case, but even though Taylor Swift has very little if anything that could be considered country in her, Taylor’s victory at least means that at least a little authenticity is still alive in the “country” genre. Or at least for another year.