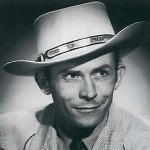 The grassroots petition to attempt to get country music legend Hank Williams reinstated into the Grand Ole Opry, also known as Reinstate Hank, has reached an important milestone, as the online petition has now crested the 50,000 signature mark. This does not include the scores of physical signatures collected in the official Reinstate Hank petition books, sent in by volunteers collecting signatures all around the world, and collected at concerts of Hank Williams III, aka Hank3, who started the movement.

In 1952, Hank Williams was dismissed from the Opry with the understanding that he would sober up and then return to the stage that he loved so much. Sadly, he passed away on New Year’s Day of 1953 in the back seat of his blue Cadillac and never made that momentous return. Despite being one of the most powerfully iconic figures in American music, Hank Williams has yet to be reinstated to the Opry.

Hank3 started Reinstate Hank shortly after his last performance on the Opry marking the 50th Anniversary of Hank Sr.’s death. From the stage, the youngest Hank proclaimed, “Keep one thing in mind, after all this time, maybe it’s time that we can get Hank Williams reinstated back in the Grand Ole Opry folks. That would be a dream come true for a lot of people.” When Hank3 asked the President of the Opry Steve Buchanan about the reinstatement, he was told, “We’ll never reinstate a dead guy.”