Release Radar & Most Anticipated Albums for 2022

Welcome to 2022, and another (hopefully) exciting year for albums releases in the greater country and roots music world. In the spirit of trying to keep you informed, you can find a detailed list of confirmed album releases for 2022 below, a specific album from each release week that you should make sure to not overlook, and the always-exciting “Rumor Mill” where intelligence is gathered on potential upcoming releases.

Hint: Bookmark this page, and come back each Friday to stay up-to-date with releases. This list will be updated regularly under the “confirmed releases” heading when new albums are announced, though older albums won’t be removed from the list so people can look back at what they might have missed. 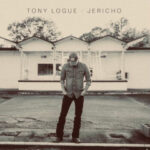 From West Kentucky, Tony Logue has been kicking around out there for a while now, but his new album Jericho very well might become his big breakout on the national stage. Following in the footsteps of guys like Sturgill Simpson and Tyler Childers, he released a “Live on Red Barn Radio” session in 2019, and brought engineer Sean Sullivan on board who’s worked with both of those fellow Kentuckians in the past.

Jericho also features Russ Pahl on steel guitar, Mike Rojas on keys, Tammy Rogers of the SteelDrivers on fiddle, and Sturgill drummer Miles Miller on skins and harmonies. If the first song “Calloway County” is any indication, the 12 original songs of this album are something you’ll want to hear. 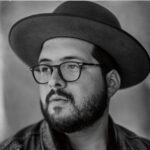 Don’t let the fact that he was a semifinalist on America’s Got Talent and appeared on the TV show Glee cloud your judgement on the authenticity and soul this South Carolina native brings to his music. Just listen to the early singles from his new album Blue Wall like “Only Light I Need” and “Wishing I Was Wrong,” and you can hear it shining through.

Previously having opened for folks such as Willie Nelson and Dwight Yoakam, Noah Guthrie wrote or co-wrote all the songs from the new album, and it could be one of the big releases in country and roots for early 2022. 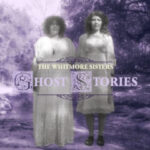 When we first heard that acclaimed solo artist Bonnie Whitmore, and her sister Eleanor Whitmore of the Mastersons were finally getting together to make an album, we thought it could be lights out. But so far the singles like “Hurtin’ For A Letdown” have been such sensational country crooners with blood harmonies, this duo is exceeding expectations already.

“We’re very much alike. It was part of the problem in the beginning, but now it’s a strength,” says Eleanor Whitmore. “We’re both seasoned musicians. We’ve made so many records on our own, for ourselves and with other artists. When we come together, we understand each other, because we have so much shared musical vocabulary.” 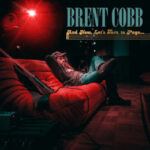 Produced by cousin Dave Cobb in historic Studio ‘A’ in Nashville, And Now, Let’s Turn to Page… will include eight familiar hymns along with an original song written by Brent Cobb and his wife. It will be released on his own Ol’ Buddy Records. And if the first song “We Shall Rise” is any indication, Brent Cobb will bring his uniquely funky Georgia roots to the effort.

“I’ve always wanted to make a southern gospel album because it’s what I come from, but also it used to seem like a rite of passage for country singers to make a gospel album,” Brent says. “It all comes from gospel music. That’s where country music came from. I’m just trying to carry that torch.” (read more) 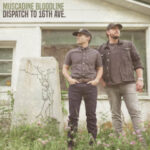 Muscadine Bloodline has already been making all kinds of noise over the last few years, collaborating with folks like BJ Barham of American Aquarium, and Brent Cobb and Adam Hood. They received a standing ovation for their Grand Ole Opry debut in 2018, and have folks raving about their rock-edged country sound.

With Dispatch to 16th Ave. the duo of Charlie Muncaster and Gary Stanton are looking to take it to the next level, and the title track from this emphatically independent band unapologetically takes the country industry to task. This could be a fun one. 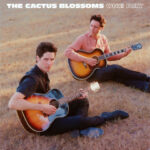 If you love to get your Everly Brothers vibe on, there’s just about no better modern alternative than brothers Page Burkum and Jack Torrey, known collectively as The Cactus Blossoms. The Minneapolis-based blood brothers have announced they have a new album on the way called One Day.

The new album was recorded and mixed by long time collaborator Alex Hall using a mobile rig in Page Burkum’s Minneapolis basement. One Day is said to continue the evolution of the brother’s signature blend of country, soul, and 60’s rock sounds. 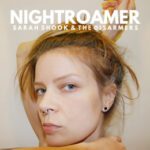 Produced by long-time Dwight Yoakam producer and guitar player Pete Anderson, Nightroamer is said to be a slightly more expansive work compared to Sarah Shook’s previous albums. It also brings Shook full circle in some respects, since one of her early signature songs is called “Dwight Yoakam.” Previously signed to Bloodshot Records, the new album will be released through Thirty Tigers.

“I think this record is different than ones we’ve done in the past,” she says. “It feels every bit as expansive as I wanted it to feel. I didn’t want there to be a shocking, jarring difference, but I definitely wanted it to feel like things are opening up. It’s a bigger feeling experience.” (read more) 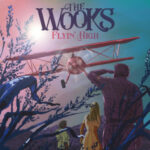 One of the favorite string bands of Kentucky and Tyler Childers, The Wooks consisting of CJ Cain on guitar, Harry Clark on mandolin, George Guthrie on banjo, and Allen Cooke on Dobro are back with a new album called Flyin’ High with the title track out now. It was recorded at the home studio of bluegrass guitarist Jake Stargel.

“Jake recorded us way more live than I have ever gotten to record,” CJ Cain says. “This album has a lot of solos and vocals and all kinds of stuff that’s just the raw take. There’s no click track. We were trying to get a sound like Bela Fleck’s Drive album or Tony Rice’s work at Arch Studios with Bill Wolf. That live feeling. So much of bluegrass these days is almost autotuned and fixed to the point of perfection. We were trying to run away from that quickly as possible.” 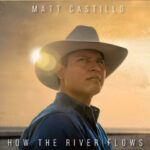 When Saving Country Music first heard Matt Castillo’s single “Say It” in 2020 and added it to the Top 25 Playlist, we knew we had an artist to look forawrd to in the future. Castillo isn’t just country, he’s COUNTRY, and if the six songs of his 2021 EP also called How The River Flows are any indication, this debut LP is due to be a kicker.

“After I released my last project, it was a goal for me to really take my time writing songs and make a country record. The type of songs that I grew up on and loved listening to,” says the Austin-based Castillo. “After spending two and a half years writing/co-writing for my new project, I knew deep down that I wrote and co-wrote the songs I’ve been wanting, I found my voice as an artist, and I was able to make each song unique on its own. ‘How The River Flows’ captured everything I’ve been looking for and more in an album.” 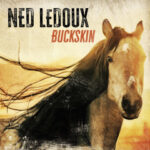 Chris LeDoux’s son continues to do what he can to keep the legacy of his iconic father alive, while forging his own legacy moving forward. That effort will continue when he releases his new album Buckskin on March 11th.

“I hope I inspire people to never forget where you came from,” Ned says. “That’s one thing I’m very proud of. I’m carrying on a tradition, but I’m writing my own story. I’m very proud of my family and friends and there’s one piece of advice my mom gave me when we were kids: ‘Never forget where you came from and show respect to people no matter where you are.’ So with this album I hope to inspire and show people, ‘Hey this old cowboy isn’t changing for nobody.’ I want people to know they should never give up on a dream. There’s always time. Just keep on going.” 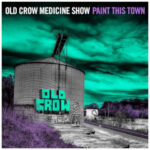 The Grand Ole Opry members co-produced Paint This Town with Matt Ross-Spang, and recorded it in the band’s own new studio called Hartland. They felt this approach gave them new creative freedom and latitude for exploration. The first single and title track is out now.

January 18th – Book – THE HAG: The Life, Times, and Music of Merle Haggard

May 9th – Luca Chiappara – Where I Belong

Randall King has an “underground” EP called Honky Tonk BS that he will only be selling at live shows.

IV and the Strange Band (Hank3’s son) have announced they have a debut album on the way called Southern Circus. No official release date or other details at the moment.

49 Winchester has signed with New West Records, and will also have new music on the way (read more).

Eric Strickland has a new album on the way called Testimony. He’s already released a six song EP called Prelude as part of the album.

Willi Carlisle has signed to Free Dirt Records. Expect an album in the summer.

The Tender Things will have a new album soon called That Texas Touch produced by Gordy Quist.

Carson McHone has signed with Merge Records, and has collaborated with Daniel Romano on a new record.

Jake Worthington has signed to Big Loud. New album in the works.

Shooter Jennings has begun releasing new songs from an album he recorded in 2017 called Over a Cocaine Rainbow. No solid release date for the album yet.

Daniel Miller & The High Life will have a new album in 2022.

Victoria Bailey has a new album coming in 2022. New songs including “Rider in the Rain” out now.

William Clark Green said back in March of 2021 he was heading back in the studio. Don’t be surprised if we hear about new music from him soon.

Brit Taylor has a new album on the way produced by Sturgill Simpson.

Channing Wilson has just announced he recorded an album with Dave Cobb.

Dalton Domino has a new album on the way from Lightning Rod Records called Arizona. No release date yet, but the first song “Wannabe” is out now.

Jason Hawk Harris, who was a refugee after Bloodshot Records went defunct, recently ran a crowdfunding campaign on Twitter, and promises he’ll be finishing up a new album soon.

New album from the Turnpike Troubadours in 2022? Nothing official yet, but there’s a good chance we’ll get something.