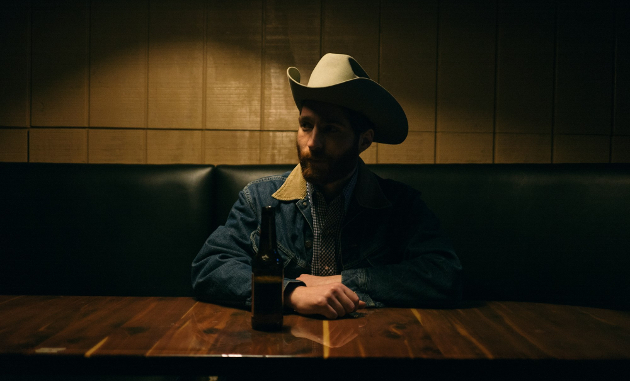 Over the last few years, there’s been two primary names that people in-the-know about the doings of true country music have been sliding Saving Country Music’s way and saying they’re ones to watch. “You just wait. If they get the right folks behind them, they could explode,” is basically how the conversation goes. The first name was Tyler Childers, and we all know how that turned out. The second is Logan Ledger.

Originally from California where he started playing old time and bluegrass music at the age of 12, once he discovered Hank Williams and George Jones, it was all over—he’d found his passion in life. After going to college, Logan relocated to Nashville where he’s been seen playing shows at places such as The 5 Spot, The Basement, and the infamous Honky Tonk Tuesday Nights at the American Legion Post for the last couple of years, making people take notice, and putting his name on the tip of people’s tongues of who could be the “next one.”

Along with loud suggestions from informants to keep a close eye on Logan Ledger, Saving Country Music was later informed under condition of sworn secrecy that he was working with legendary producer T Bone Burnett. Now just ahead of the upcoming 2018 AmericanaFest in Nashville next week (Sept. 11th to 16th), the cat’s been let out of the bag, and Logan Ledger is being prepped for a big premier.

Announced Friday (9-7), Ledger has officially signed to T Bone Burnett’s Electro Magnetic Recordings, as well as Rounder Records to release a debut album. The new record is in the works at the moment, and is expected to arrive at some point in early 2019.

I’ve always believed that in order to create something new with purpose, one must be steeped in the past and work from within the tradition,” Logan Ledger says. “It has been a real privilege to work with T Bone on this record. We share a musical vision for the twenty-first century born from the deep well of American music. It has also been a joy to play alongside my gurus (both musical and otherwise) Dennis Crouch, Russ Pahl, and Jay Bellerose.”

“A couple of years ago, my great friend Dennis Crouch sent me a recording of a song called ‘Let the Mermaids Flirt with Me’… [Logan] had, and has, a voice filled with history. I could hear echoes of one great singer after another in his tone. He sang without artifice. As we have been working together over the last couple of years, I have begun to discover the wide territory he is able to cover, and I look forward to exploring these new worlds of music with him.”

Though T Bone Burnett was the producer extraordinaire in Americana music for many years after his massive success with the soundtracks to The Big Lebowski, O’ Brother Where Art Thou, Walk The Line, and Crazy Heart, his output has slowed down recently. Still T Bone’s name carries a weight heavier than few others, and if nothing else, will have people paying rapt attention when Logan Ledger’s record hits shelves.

Rounder Records President John Strohm calls Logan Ledger Nashville’s “best kept secret” (Logan’s Facebook page has 60 “likes” at the moment). But just like Tyler Childers, Ledger is about to go from privileged information to the guy people are talking about. You won’t find an EP for Logan, or a set of professional videos to help wet your whistle with him at the moment. But rest assured, you’ll want to be paying attention when Logan Ledger hits.

Logan Ledger showcases as part of AmericanaFest on Friday, September 14 at the Mercy Lounge in Nashville.